Li Chevalier, artist that has evolved over the past two decades in the junction between Europe and Asia, is renowned for her artistic language born of the meeting of Western mediums with elements from traditional oriental art. The experimental style of her ink paintings is recognizable due to her unique integration of various elements through which the expressiveness of ink is intensified.

For the exhibition « Trajectory » at the Asia Now 2017 art fair in Paris, ifa gallery is pleased to present works on canvas as well as aesthetically striking temporary installations. The monochrome landscapes painted on the canvas alternate between extremes of serenity and turbulence, yet possessing a vast energy depicted by symbols from various cultures: a Japanese torii on a hill, a cross perched on a rock by the sea, silhouettes moving in the night, a rope being tugged. This balance, achieved through the use of ink, mineral materials and collage, is the precipitous path to the unknown: trajectory towards the future, trajectory through nature, divine trajectory, trajectory of desire. In collaboration with the publisher Cherche Midi, the artist will do a book signing, in the booth of ifa gallery, of her first monographic book “Trajectory of desire”, the eponymous exhibition of which was held at the Contemporary Art Museum of Rome earlier this year. The book is prefaced by Luc Ferry, with contributory texts by Gérard Xuriguera, Raphaël Enthoven, Emmanuel Lincot, François Jullien, Geneviève Galley and Daniel Bougnoux. Li Chevalier, a highly prolific female artist, aspires to mark her era through her revolutionary approach to ink painting through an alter-modernist artistic process constantly evolving in response to various dialogues, with the aim of a certain diversity within her own artistic language. Her intense research takes form in her artistic works, suspended between Asia and Europe, through an artistic expression in close empathy with the late Franco-Chinese masters of painting, Zao Wou-Ki and Chu Teh-Chun. Li Chevalier is a graduate of Central Saint Martin's College of Art and Design, London. She showed at the Royal Academy of Arts, London, in 2007 and her first monographic exhibition took place at the National Art Museum of China in 2010. Other solo shows followed, including at the Fine Art Museum of Shanghai (2011) and the Chinese National Opera (2013), at the Centre d'Art Contemporain La Base Sous-Marine of Bordeaux (2014), and recently at the Contemporary Art Museum of Rome (2017). Li Chevalier was born in Beijing and lives between Paris, Beijing and the Middle East. 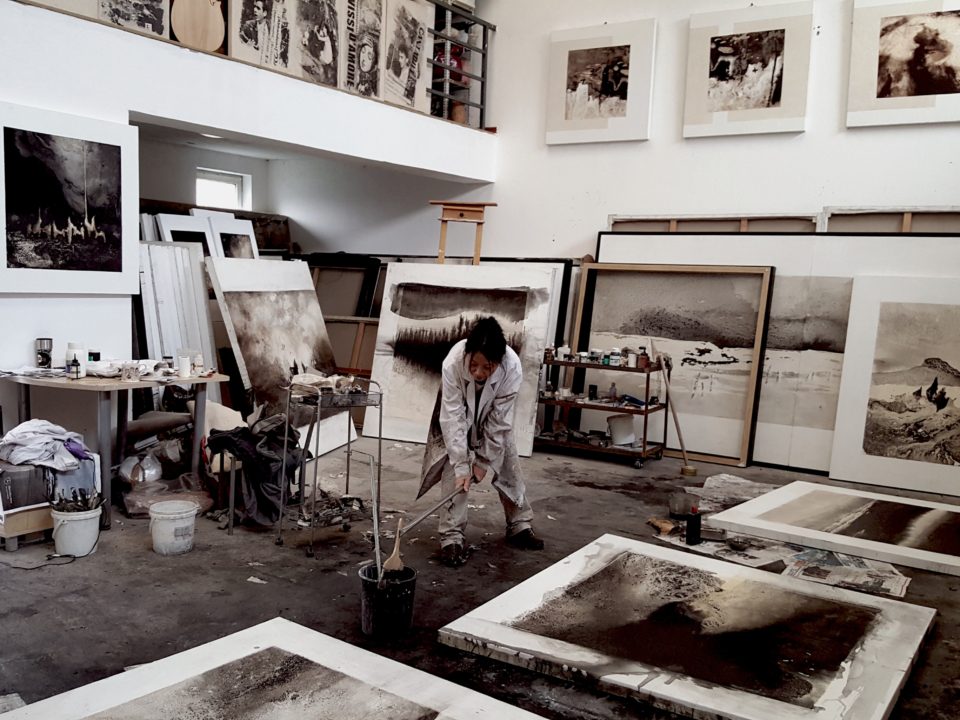