ifa gallery is established in 2006 in Shanghai by Alexis Kouzmine-Karavaïeff. Diligently visiting artists’ studios, the gallery worked to select the most promising artists, whose singular language and means of expression are far from clichés and conventions, offering artistic visions and strong concepts. In a 700sqm converted textile factory space in Moganshan Road, M50 Creative Centre, the gallery presented major exhibitions, e.g. the solo shows for Park Sung-Tae (Korea), and sought-after young artist Liu Bolin (China). ). In 2008, the gallery moved to a colonial British house from the twenties, located in Jing-An district, and acted as an artistic meeting point for contemporary art in Shanghai organising a number of curated group shows and major solo exhibitions with Gao Brothers, Dai Guangyu, Zane Mellupe and Wu Junyong.

Fall 2013, ifa gallery moved to new premises in Brussels. The gallery offers a programme with artists from China and new artists from Europe. In parallel to the Brussels move a new exhibition project was opened in 2014 in the district of Jing’An in Shanghai, continuing to showcase some local artists.

ifa²gallery is the brand-name for ifa gallery pop-up spaces.

AUG.2010 – FEB.2011
A 50m² space located on Yongkang Lu, in the former French concession of Shanghai.
This street was a former vegetable market revamped in 2009 by the developers Platform-Yonkangli.
Early 2010, the artist-curator Zane Mellupe opened five spontaneous art spaces, including the gallery YK art space, and created Yongkang Lu Art, a new platform for contemporary art, organising exhibitions and performances.

SEP.2015 – MAY.2016
A 40m² space located on Rue Haute/Hoogstraat 153 in Marolles district of Brussels, in collaboration with the artist Christophe Demaître.
This exhibition space is 3 minutes walk away from ifa gallery in Brussels and features Christophe Demaître artworks.

The name ifa laboratory derives from the collaboration with ifa gallery.

ifa in Chinese means the methods of arts. ifa laboratory is a consultancy and a social enterprise.

The creation of ifa laboratory is based on the idea of highlighting the added value of art and culture. “Art for art’s sake” is good, but not good enough. Not if art will be sustainable and organically integrated in the society. Thus ifa laboratory seeks to promote art and creativity through original perspectives and contribute to the valorization of art.
ifa laboratory aims to demonstrate that art can be used to the benefit of different strata of society, whether the simple individual, a neighbourhood, a business, an organisation, a government…

Behind ifa laboratory you find a dynamic team with diverse and complementary international experience. The core team consists of three persons; Johanna Suo, David Laurier and Alexis Kouzmine-Karavaïeff. ifa laboratory also works with independent experts making it possible to provide the best quality of the services on offer. 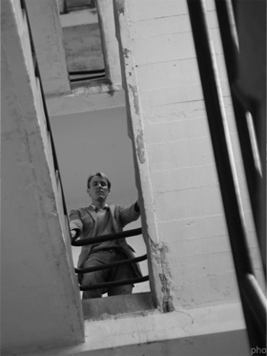 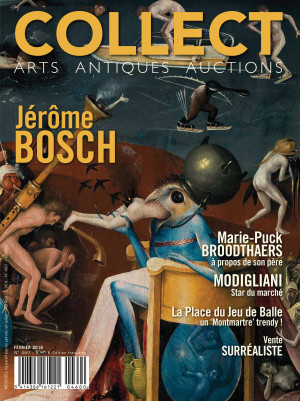 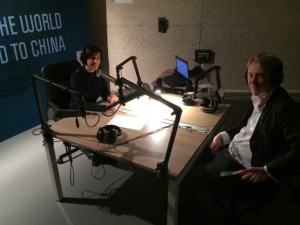 The Art Newspaper No.241 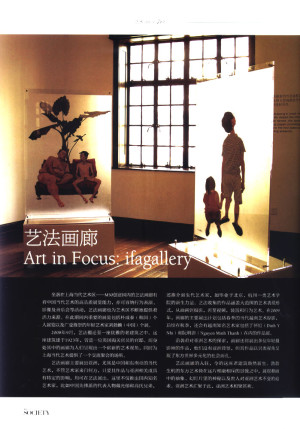