“SOME SPACE FOR HUMANITY – The Babel constructions of the Gao Brothers” is a story of human life as told by the Gao Brothers over the last few years through their photographs and currently exposed in the new premises of the IFA Gallery, an exhibition curated by Bérénice Angremy and Marie Terrieux

Gao Zhen and Gao Qiang, who have worked under the name of the Gao Brothers in the Chinese contemporary art world since the middle of the 80s, no longer need to be introduced as they are already known in China and abroad as representatives of a movement which belongs only to them, that of the “outsiders” among the outsiders.

The central theme throughout the photographs in this exposition is the representation of closed space in which man is more or less inserted, with all his desires, frustrations, sorrows, dreams and nightmares. This space, which I call the “narrative”, takes the form a cupboard in a building abandoned mid-construction, of a bee hive whose countless cells all fit together, and of a totally digital composition in which the identically reproduced windows take on a Kafkaesque appearance. But it is always about a place in which man seems to be emotionally moved, waiting, abandoned, lost, excluded, squeezed, stifled, never completely free, and yet, oddly enough, never feeling really bad either. It’s almost as if each man is caught in a trap of his own making.

Looking at certain Land Art compositions and performances from the 90s, it is clear that the Gao Brothers were interested early on in the visual and psychological relationship of a body (whatever body that might be) with space. So, are these objects, colours and human bodies inserted in the earth’s faults, are they slotted into spaces left empty by nature or artificially by man? But it is only from 2000 onwards that the Gao Brothers will regularly bring buildings into their compositions, something they will do methodically through the medium of photography.

With “Sense of Space”, a series of six photographs of male subjects squeezed into the compartments of a cupboard, the concept of “narrative space” clearly comes out and remains apparent right up into their most recent work. This means that narrative is revealed thanks to space, its compartmentalisations and its possibilities. This surprising work of art, similar in its composition to small mystic paintings, is an allegory of certain human qualities – prayer, waiting, sufferance, cruelty, vigil, reading – these figures are isolated from each other and there is no possibility of interaction.

Several of the series of photographs use as inspiration a building abandoned mid-construction that the Gao Brothers photographed in 2000 in Jinan, their home town; and this same building will appear continually in the compositions and technical photomontages, forming the backdrop for “The Forever Unfinished Building”, “Embrace”, “Passage of Time” etc. The Gao Brothers are undoubtedly attracted by the romantic and mysterious aspects of a place deserted before ever having been finished, or by the aesthetic aspect of a place drawn with pure geometrical lines or even by the endless possibilities for narrative that such a site provides, open for all to see, without walls or windows. But this is especially about inserting their narrative into a social place, a building under construction, symbol of the social and urban changes that China is undergoing. This will be the starting point of a visual reflection on the value of human relationships in a socially disrupted world.

Narrative underlies the Gao Brothers work in all areas because it is not only each photo that is built on the narrative mode, but likewise the whole work of art becomes a story with several chapters. “The Forever Unfinished Building” is a story that we have followed for six years and which already has four volumes; “Utopia of Construction” and “Outer Space Project” are already into their third and sixth volumes respectively etc.

In the early stages of each series, each person photographed on the site is literally the centre of the work, and he is clearly seen showing all of his emotion (love, the desire to approach another person, or the discomfort of a hug, indifference etc.). Thus, in “Confrontation and Embrace”, we see the inner hesitations of two lovers by following them through the floors of an open, empty building. In “Utopia of the 20 minutes Embrace” we witness the absurd and moving attempt to embrace in a place that is deserted and eerie.
Then over the course of the digital mastering in the photomontage, man becomes part of the construction, while the narrative grows within the same photograph. Ever since the first “Forever Unfinished Building” which dates back to 2001, the Gao Brothers have flirted with digital techniques to increase the building and enrich the man/woman story that they have undertaken to tell us. In the N.2 episode our eye follows several stories which in turn seem to follow each other.

Technically, the latest works by the Gao Brothers don’t have anything to do with photography. The multitude of images integrated in the stories being told in “Utopia of Construction”, in “Outer Space Project” or in “Forever Unfinished Building No. 4” come as much from their own supply of everyday photos, as from the Internet. So this is about personal snapshots and the so called information images which, for many, form part of our collective memory.

In the series “Utopia of Construction”, the men seem to be minute and enclosed in infinitely duplicated windows, each one in a building where you can no longer see the forms and outlines. A stylised version and just a bit more frightening than the real skyscrapers, all in glass, that have invaded Chinese cities, “Utopia of Construction” denounces the urban dreams created by urban creators and architects, devoid of any human meaning. The photo is not black and white but more of a grey to insist on this atmosphere, drained of any cheerfulness that reigns over a reign of programmed happiness. The “Outer Space Project”, a black and white series, also reproduces the same schema of infinitely multiplied schizophrenic housing, but here the image is of a hive with countless cells. The hive takes the form of a heart or even more exactly, the map of China, and this reminds us that our lives and happiness are conditioned, like that of the bees. The people in these two series are not necessarily sad, just take a closer look and you will see that they are, on the contrary, living, walking laughing, climbing the walls of their space and sometimes those who are lucky enough to be together, are holding hands or hugging. No, they really are alive in a sad and repetitive universe which they themselves have created.

We go from an impression of dehumanised world in “Utopia of Construction” to the representation of humanity in all its entirety in “Unforever Unfinished Building No. 4”. Take a close look at the details on the extraordinary fresco and you will see unfold the story of 20th and 21st century humanity, portrayed in a humoristic, sometimes satiric way. Chinese pinups and old men, soldiers and school children, workers, mafia and bureaucrats, worried nurses, blinded lucid minds and beggars, political and show business personalities, all social classes, all genders, all myths and beliefs, rub shoulders in this “painting of community life”. And so we recognise the iconic figure of Marilyn Monroe holding down her mythical, white dress, humbly plagiarized by a Chinese actress in a red dress, there is also Spiderman, a statue of The Great Helmsman in full movement, Ben Laden or the Dalai Lama. We witness solemn and sometimes sad scenes; a young woman being arrested, the parents of the children who died in the awful earthquake in Sichuan. This mass of scenes is paced from earth to the heavens by athletes in actions which resemble more the performance of circus acts than sporting competitions. We feel uncontrollably immerged in the world of Jerome Bosch, a 15th century painter who portrayed seething scenes of crude and ugly people in expressive postures. The special effects of the compositions lead us to believe that all these scenes do not belong to the “real” world. However the Gao Brothers, who laboured for months over this photomontage, are fully aware to what extent their sources come from a realm that reflects our daily lives. And precisely like Bosch, their attention to detail reveals them as meticulous observers of reality.
In this photograph, as with others in this exposition, each scene seems to be cut off from the next; each person seems to be acting alone. Only the construction, this forever unfinished building, brings them all together

The Gao Brother compositions call to memory the Christian myth about Babel, this human building which led to chaos and the total confusion of humanity. According to Genesis the descendants of Noah were trying to build the tower of Babel in order to reach the heavens. There was such a multitude of languages that Babel became a place of total chaos. The men, in punishment for their sin of pride, were condemned to live the rest of their lives in a kingdom of confusion, one in which they could not understand each other. In the Gao Brothers’ works, the multiplicity of characters does not hide the isolation of each individual, all the more discernible precisely because they are together. The Gao compositions bring out the fact that perhaps we have built a 21st century Babel. 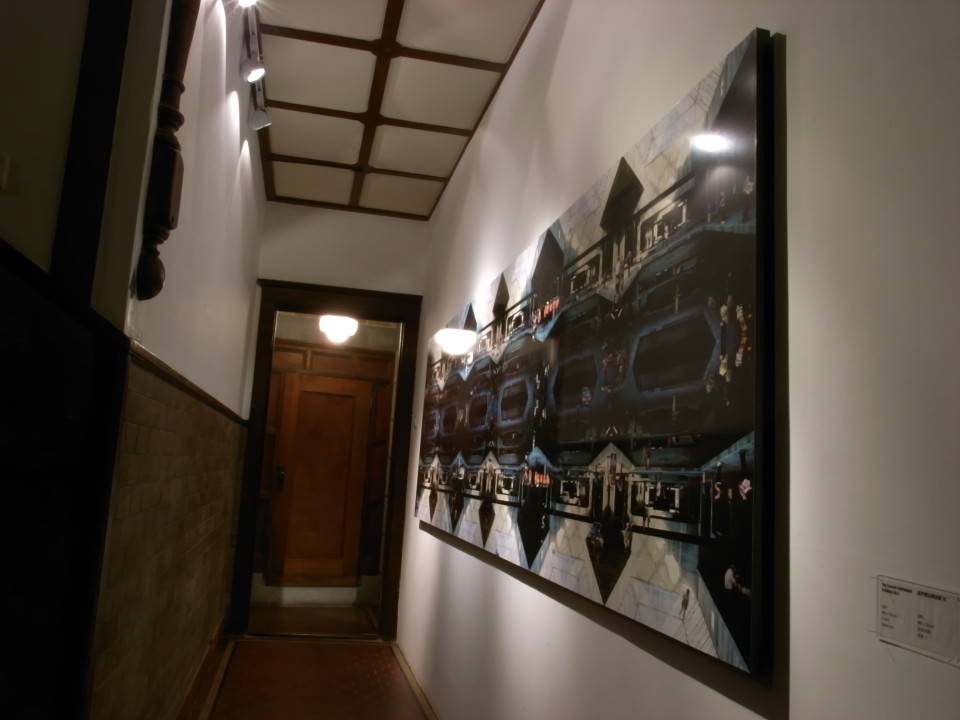 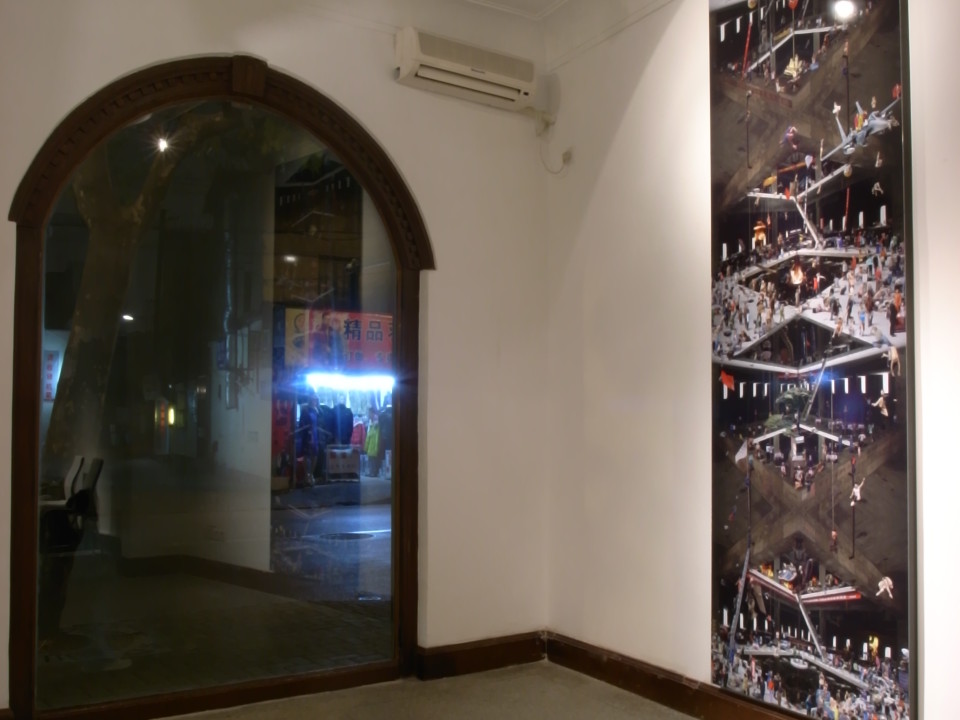 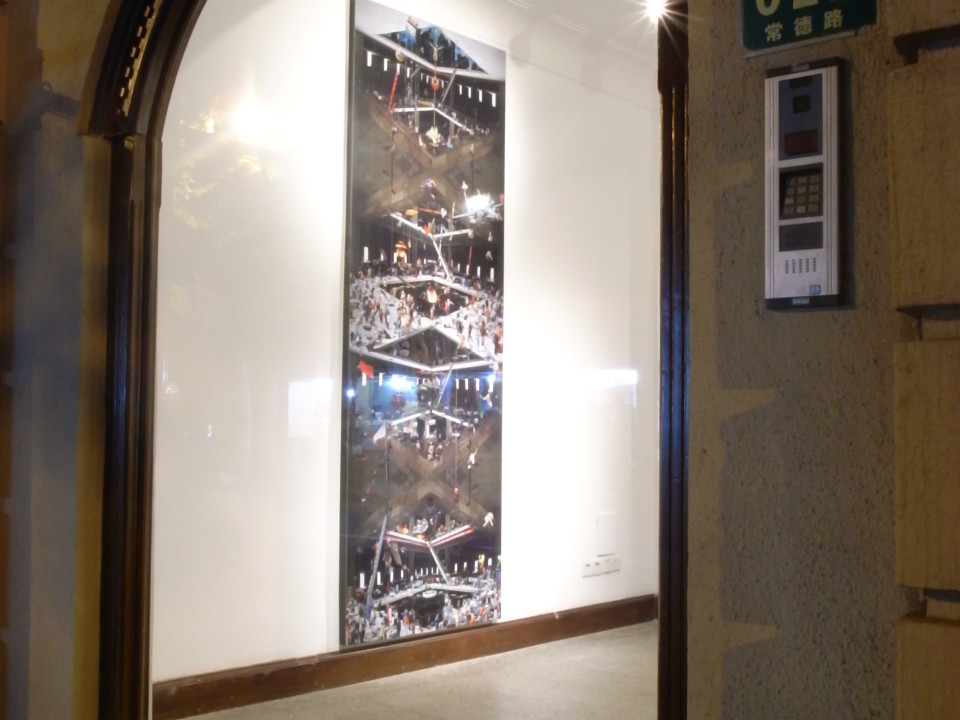 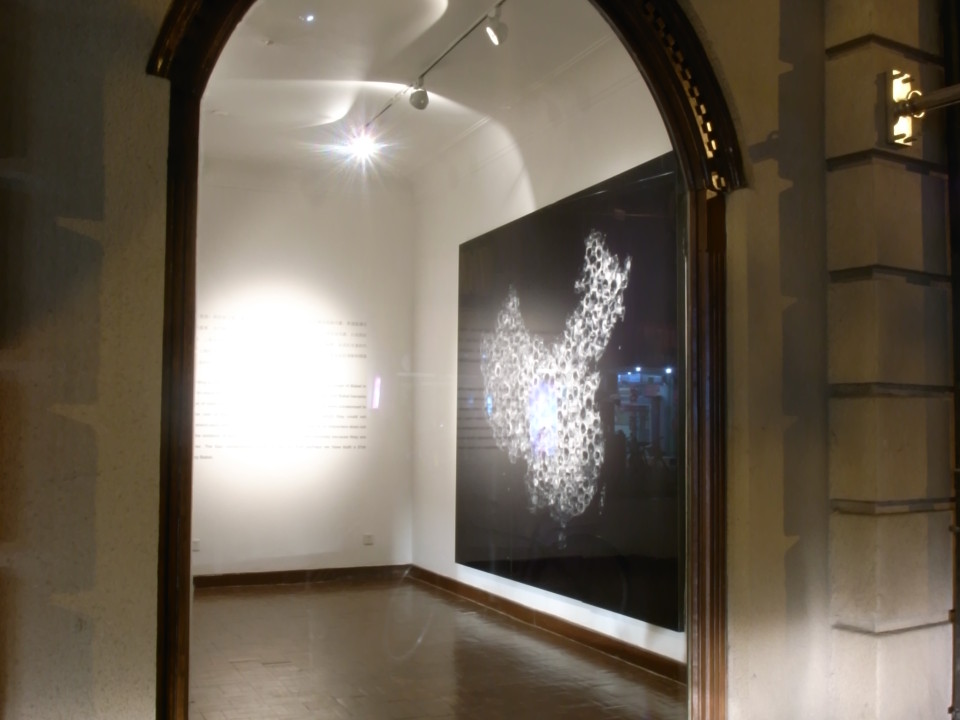 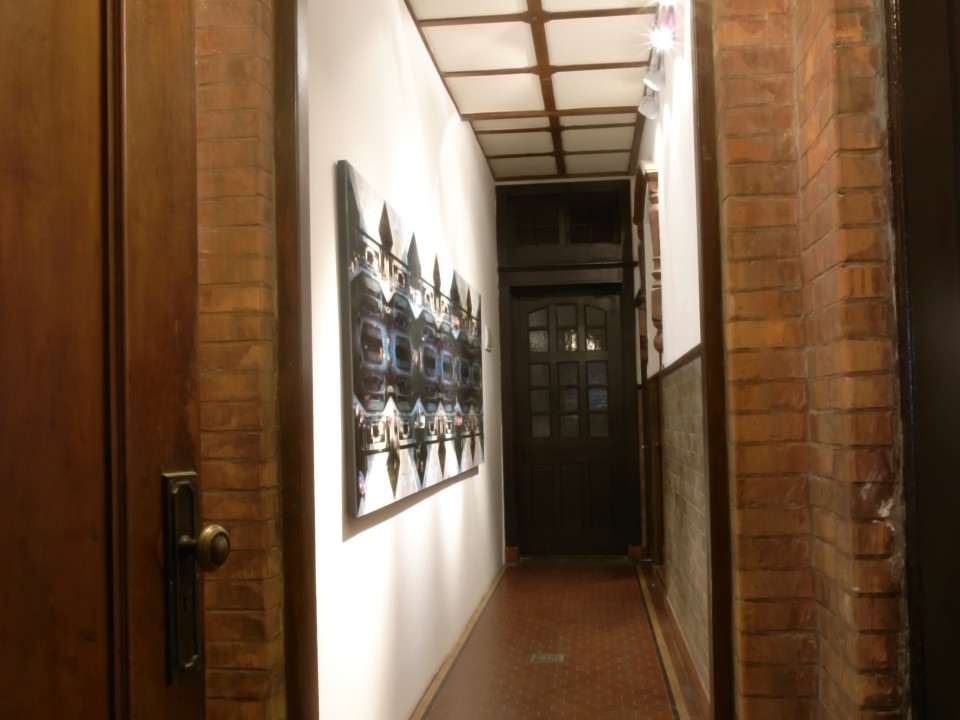 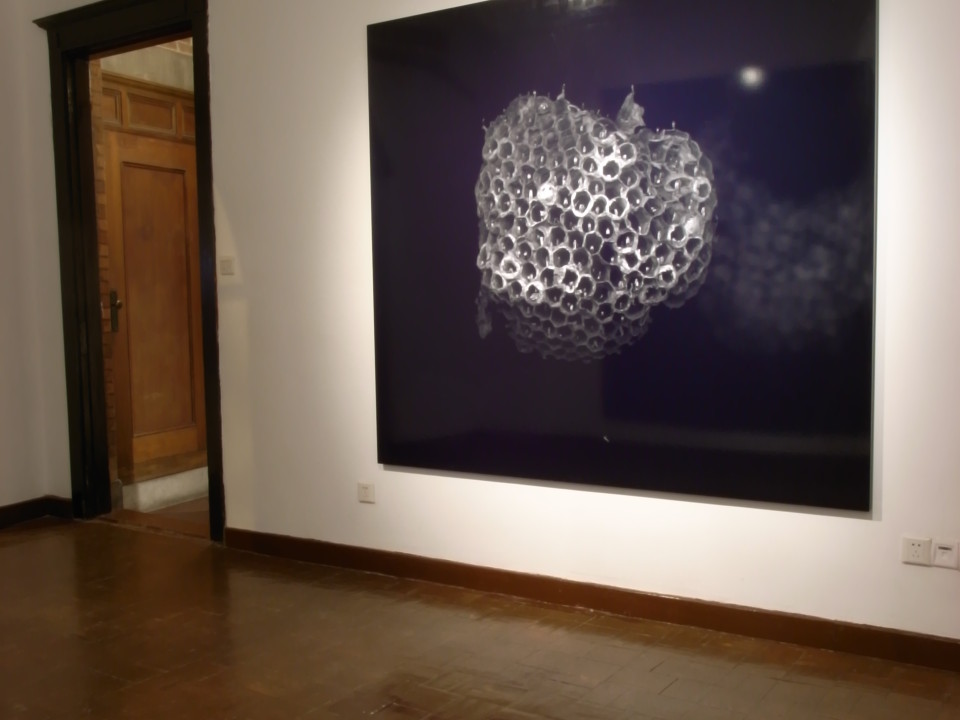 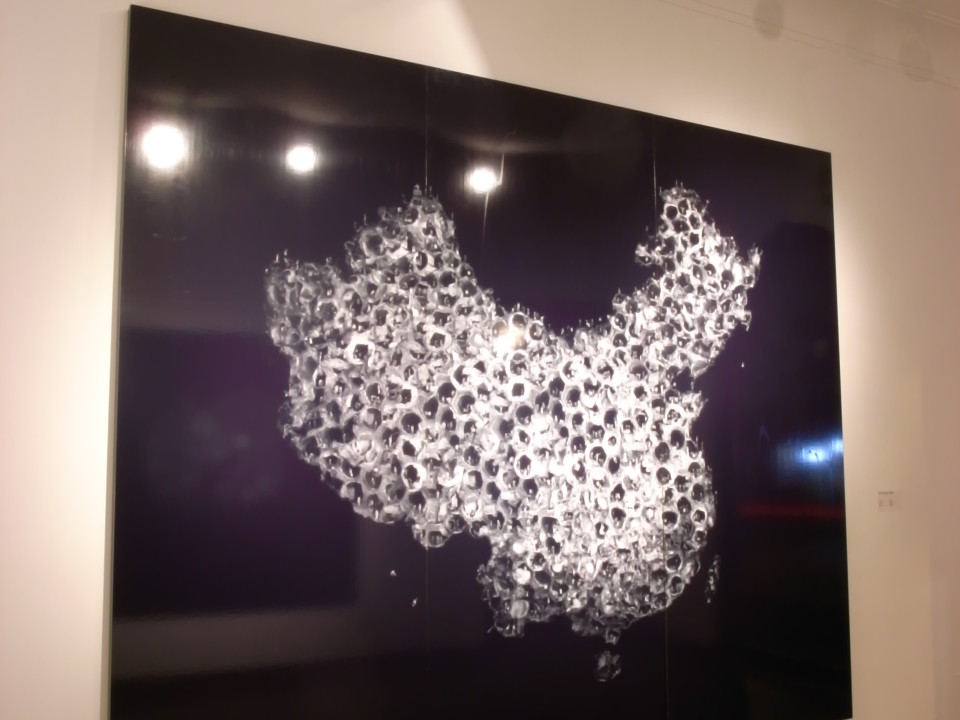 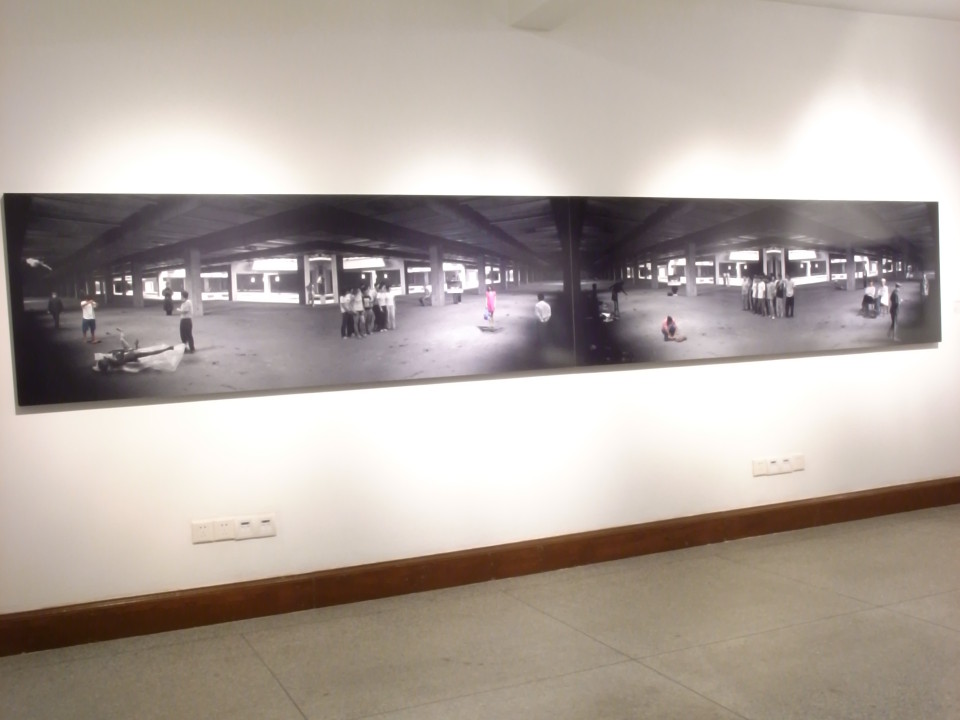 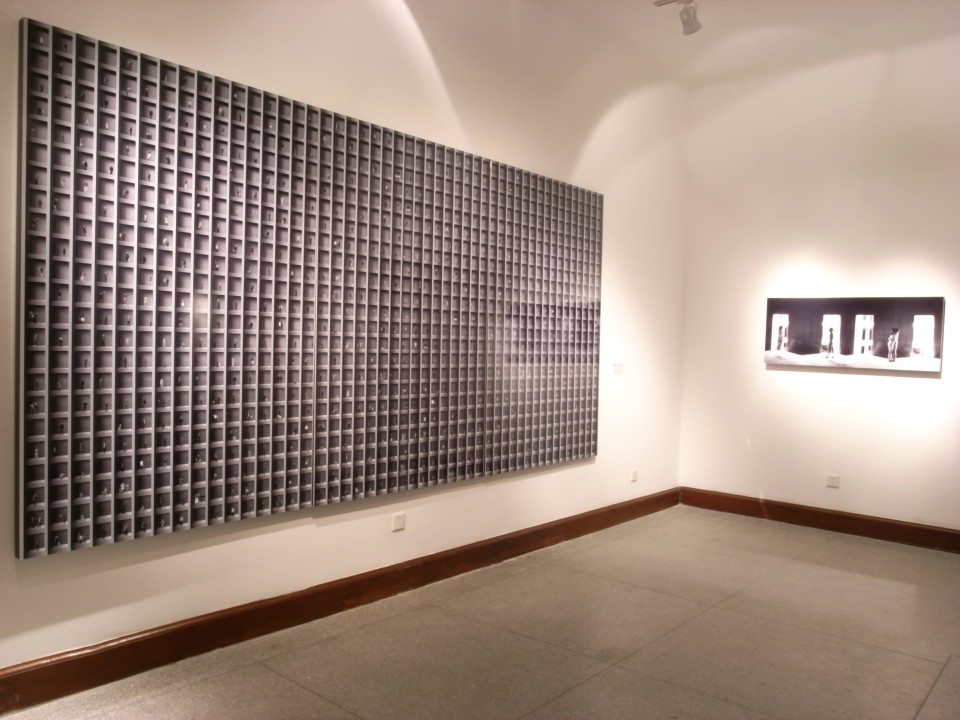 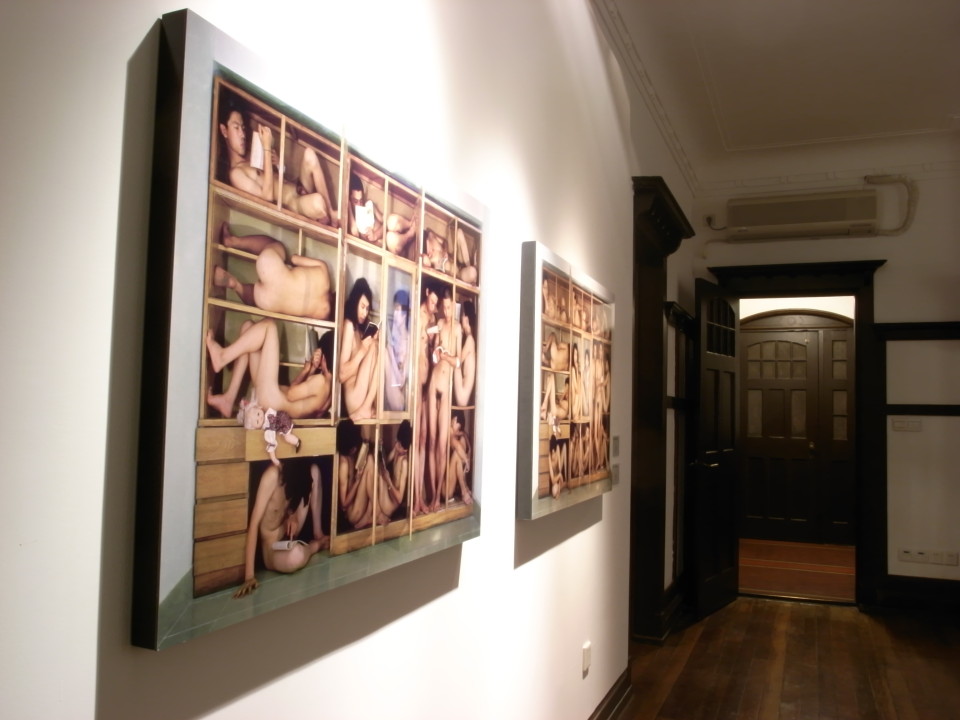 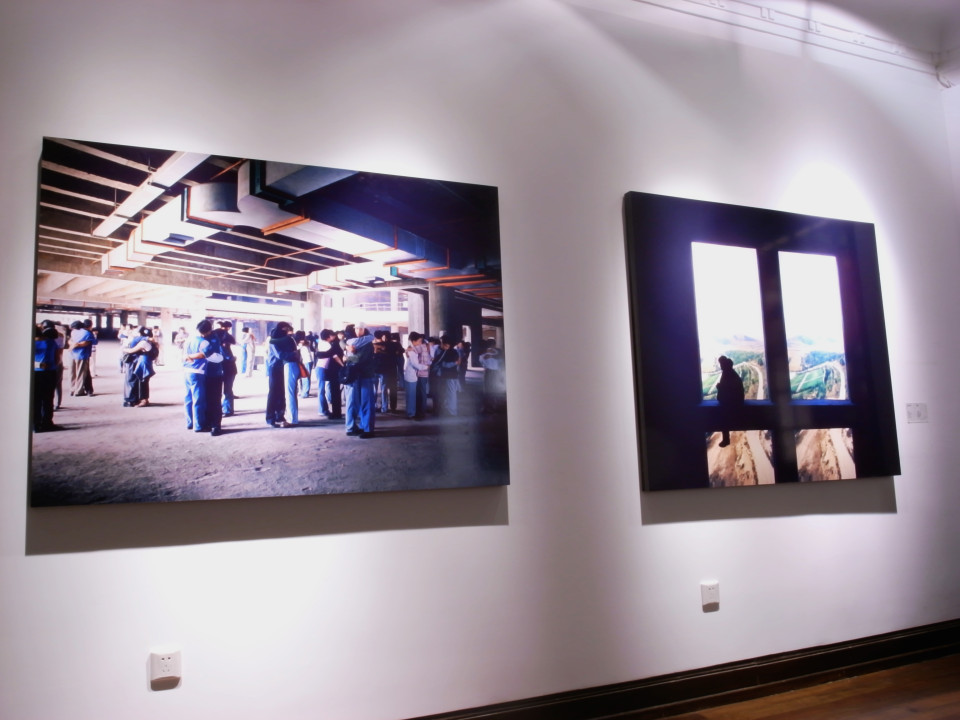 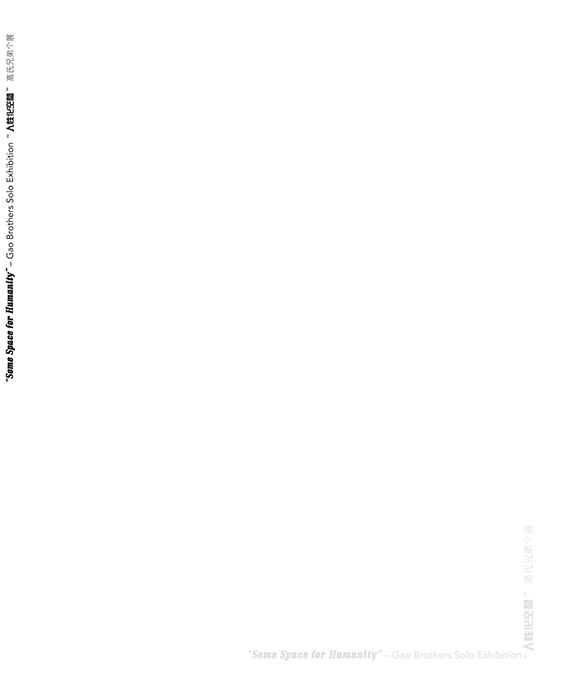 Some Space for Humanity – Gao Brothers

Some Space for Humanity – ilook