ifa gallery is pleased to present the Zane Mellupe’s exhibition “in memory of the perfect wife”.

This new ironic, conceptual and personal exhibition will be showing mixed media photography and installation works. Zane Mellupe focuses on the observation of visual thinking, distortion of memories, layers of consciousness, and resemblances, shown in the four parts of a recreated home: the living room, the kitchen, the bedroom and the closet (in four rooms of the gallery).

Zane Mellupe, working and living in Shanghai, has an extensive background in photography. Her works have undergone diverse development from documentary photography, found images, self-observation, photo and video integration to installations.

4 years and a perfect knife

First sighting of Zane Mellupe, summer 2007, walking on the edge of a low wall at one of those warehouses converted into a “creative centre”. 30 months later, following many intense experiences in creation and creativity in the contemporary art world in Shanghai, Zane Mellupe is invited to collaborate with ifa gallery, as a curator. For our second exhibition at 621 Changde Lu, she exhibits her works, one under her own name, several under the names of fictitious artists.

Fifteen months after the beginning of our collaboration, I decide to represent the artist Zane Mellupe, inviting her to the contemporary art fair “Art Paris”. She exhibits her artworks and manages the scenography of the booth.

Summer 2011, four years after our first acquaintance, Zane Mellupe develops an important personal exhibition at ifa gallery, “In Memory of the Perfect Wife”.

Choosing Zane as a major artist for the gallery was as much obvious as difficult. Her creativity and desire to experiment; her vision of the Chinese and Western culture; her perception of herself; her outspokenness and humour permeating the majority of her creative artworks and stories, have all been factors which have encouraged me “to bet on her talent”. An art critic recently concurred, congratulating me on this choice.

“In Memory of the Perfect Wife” is not a retrospective of the artist; it is a personal interpretation of an ideal, hoped-for or taught, a personal interpretation of her childhood and the beliefs she had known at that time. The exhibition will be divided into the various rooms of the home: the living room, the kitchen, the cupboard, the bedroom and the dowry room, in memory of the perfect wife.

We are giving you the key.

“Sometimes, I wonder whether more damage is caused by a totalitarian regime or a family.”

Well, it was clear from very beginning, the way it started. Her mother was wearing a Soviet suit with a little flag on the chest. She was there next to her, hidden in a large white egg. The egg was much bigger than Mom. Mom was writing her exams while in the egg waiting for the right time. She was not confused about the way she got into the egg; there was a wild sexiness. Not sure how wild it was, since Soviet times were about injecting a prude lifestyle and many got infected. But then, there was an egg.

Only a few years later the “scandalous” newspaper “Zilite” crashed her dream of an egg. It was just before the 5 corner stars were abolished and exchanged for the 8 corner ones, just around the time when the airplanes stopped dropping the ice cream tickets every May 1st. Just around the same time, when grandmother stopped hiding the fact that she had brothers across the sea and sisters still alive, some in the west and some in Latvia. Around the time when grandmother’s friends from an ex-gulag in Siberia stopped sending pine nuts. Around the time when her mom was fighting with grandmother’s “what will people think of me” by inviting the “Soviet Youth” photographer to take a photo of the birth, which would later be published on the cover, changing the structure of a family. Maybe that’s how it all started.

I wonder, how do people understand each other?*

She was told by her grandmother, who was told by her grandmother, that every time one tried something new (something never tried before) one could make a wish. But she needed to be smart about the wish she made, so she thought about it and figured it out. Her wish was: “for all wishes to come true”. So she would keep on making the same wish just to make sure that it really worked.

I don’t know how she got involved with Christianity, though she was baptized at the age of 7. It was just before the Perestroika (the beginning of the collapse of the Soviet Union) and her godmother no. 1 had become the first female priest in Latvia and the no. 2 godmother was a gynecologist – a good back up plan if divinity ever fails. She was baptized together with her 34 year-old mother, 11 year-old brother and 1-year-old sister. 3 years later, a queue of people was just to be formed behind the doors of the church with the hope to get inside and have the sins of Communism washed away. She always wondered how the true believers from one regime could change so readily to another, denying every bit of the former one despite having previously been more diligent then was expected of them. Maybe it is just a type of self-purification, clearing the road for the Real One / Love / Belief / System.

She would learn to embroider, knit and crochet, and tell stories.

When a grand competition with 3,301,112,087 contestants was announced in 2007, she started to study the book, Golden Rules of a Housewife. In Memory of the Perfect Wife.

* “I was calling from 10,000 kilometers away. My phone was out of service yesterday (bill not paid). I was calling to get some news. You also called every time (I was glad you called), but receiving this kind of unpleasant comment is just wasting my phone bill”- From a friend.
“I think I will die before I reach 50, will that help to make peace?”- To a friend. 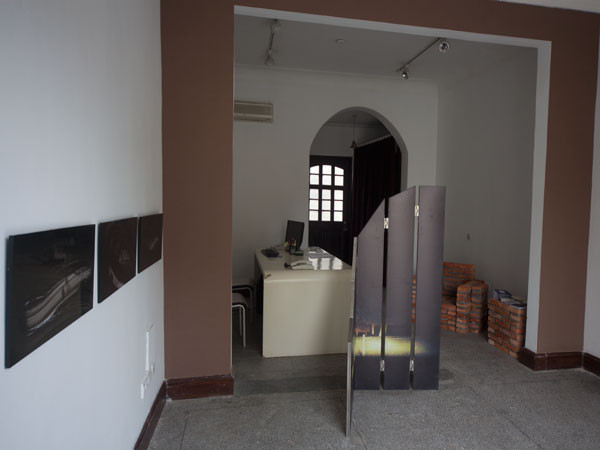 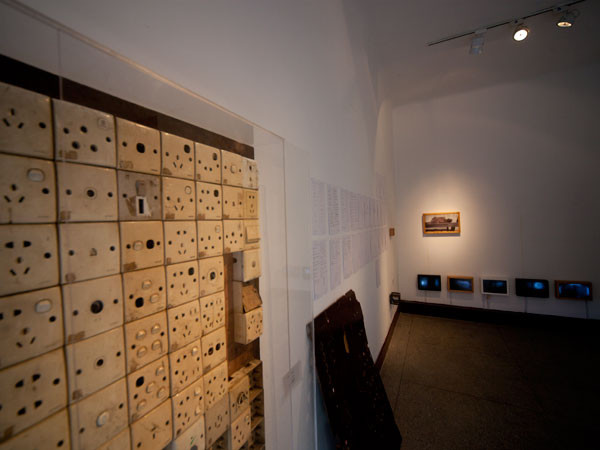 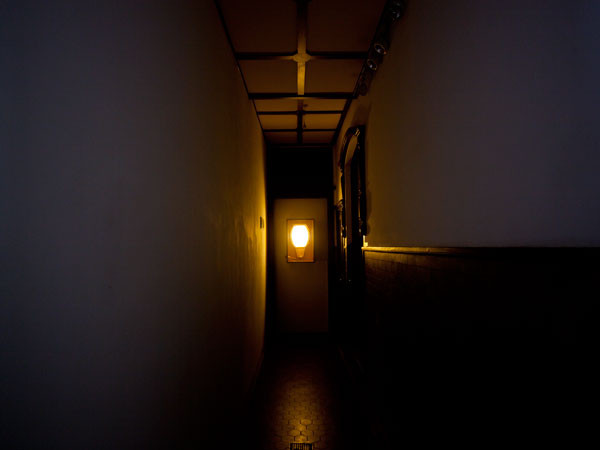 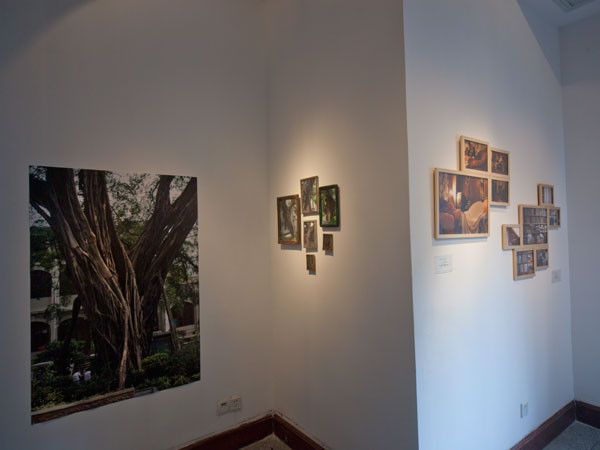 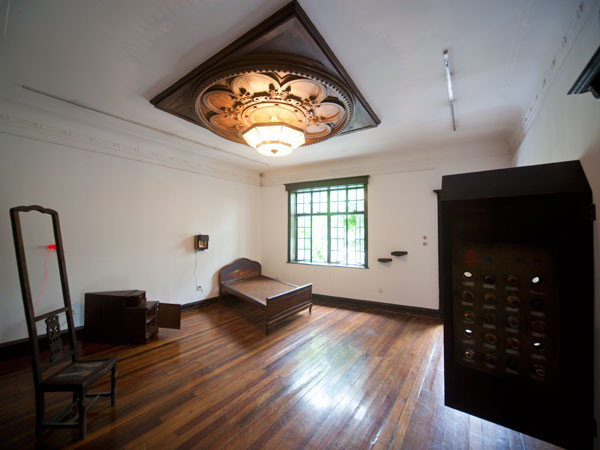 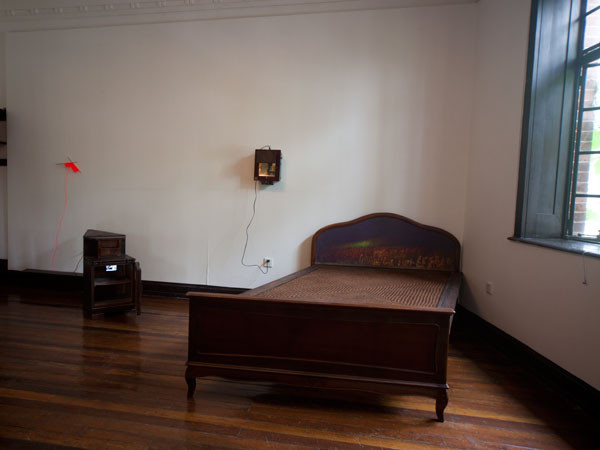 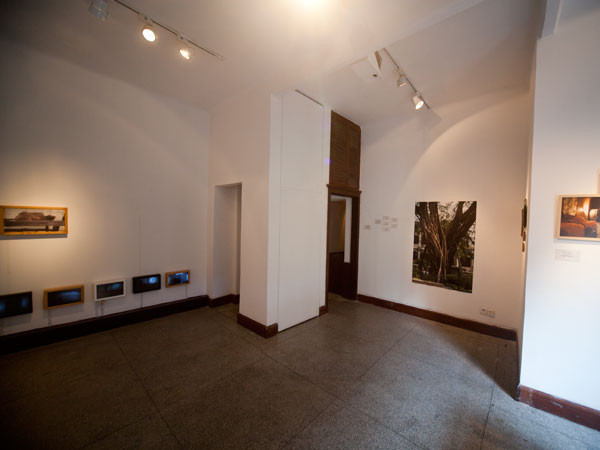 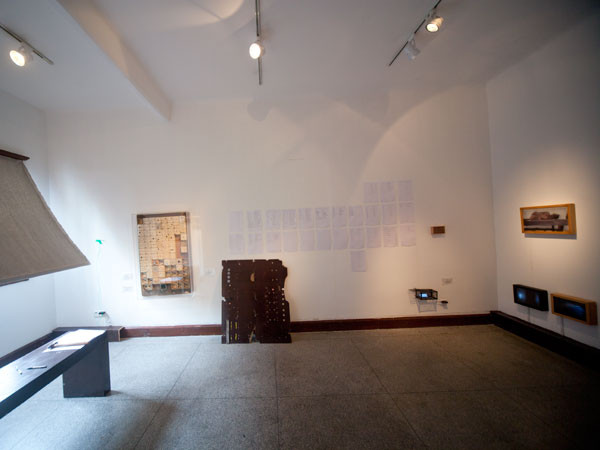 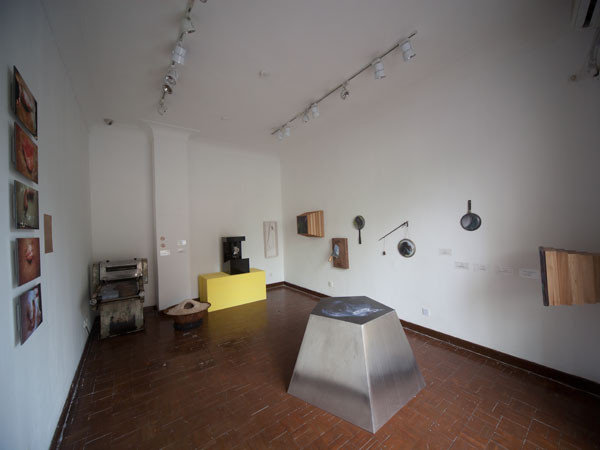 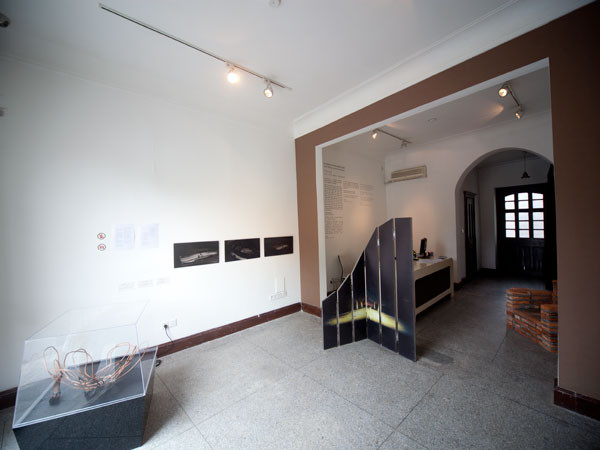 the hell. the heaven. on the way. in between.