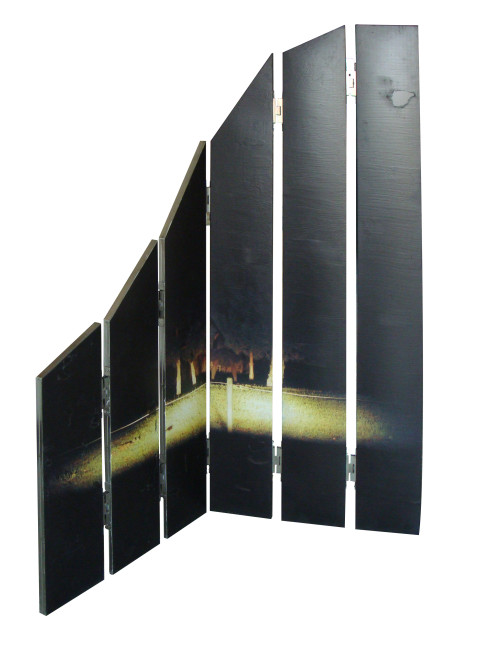 A Conversation Between Boulogne and Mrs Morale

Mrs. Morale would take her children for a walk every Saturday morning, and because she never had a clear idea of where they would go, she would always tell them, “Wait, it”s a surprise.”  She did this in order to gain some more time to make up her mind for their destination.

On Saturday, the 25th of June 2011 she ended up in Boulogne. She had made no prior appointment nor did she knock at the gate. But there she was with 2 children by her side, strolling the pathways.

Somewhere deep inside she could hear Boulogne screaming, “This is not a place for Mrs. Morale- do you really want to bump into your husband fucking a 200 Euro whore on top of your blue Renault while listening to a Gypsy Waltz?” She imagined how she would look bursting into tears. “Oh Mrs. Morale,” the neighbors would say. “I never trusted him,” her mother would mutter. Then she would be telling her children all the unjust things their father had done, so they would hopefully hate him, but the only thing she would achieve would be the children suing her for attempting mass promotion of hate. No. That could not happen to her.

So Mrs. Morale went home and pulled up all the strings, some were 238 meters long, which caused Boulogne to burn. Boulogne was screaming as if remembering the sins of the 1st and 2nd World Wars. Mrs. Morale just stood there, watching.

When after a few weeks Mrs. Morale was taking her children for a walk, she once again found herself in notBoulogne.  Once again, her mind brought up her husband, but she could not find a place where to imagine him, or where the blue Renault might be parked. She kept on wondering. What is the name of Boulogne?

* “I just cannot finish if I cannot hear the sound between the 4 letters and 5 letters. The music is just opening all these deep holes in me that I seem to be drawn into.”