Even though the Cultural Revolution is ended, many still live with it. In addition, Wu returns to the confused mind of the masses who return as though they were watching a kaleidoscope, trying to find a path guided by blind people. The artist delves into the past to let slain dragons surface: Confucius denounced yesterday, the vestiges of the past destroyed. The totems and taboos are drawn from the closets and strewn upon the ground. The head is filled with a thousand different things, yet it is the void which constitutes the real.

The Gao Brothers, born in Jinan, explore this same public conscience utilizing references which many artists dare not to approach. As many others, they suffered from the Cultural Revolution: an imprisoned father murdered, and a reclusive life within a room with four other brothers and their mother. They clearly bring up the responsibility and the puerile behaviour of Mao Zedong and the system within the work "Lying Child". The bronze sculpture represents a hermaphrodite child - a symbol of an omnipresent dualism within Chinese civilization - repentant, ashamed of the lies and organized mass brain-washing.

"Sense of Space - Reading" makes part of this famous series of the Gao Brothers which represents the partitioning and denouncement inflicted upon victims of the Cultural Revolution. To best recall that the events of yesterday are still those of today, “The Forever Unfinished Building no. 4" depicts a tragic scene of our contemporary society. Within the infernal Tower of Babel, diverse local occurrences and those of international events are described with a precision which reinforces the dark truths behind the facts.

Dai Guangyu, born in 1955, artist-autodidact, has become since the end of the 80's, the mentor of the New Wave of the avant-garde of Sichuan Province and of the South-West of China. Across performance art and ephemeral installations, he has since revisited traditional Chinese art.

This new series of works is the re-creation of the Chinese aesthetic of beauty as a virtue, an aesthetic diminished over the course of years. In "The Memory of Wangchuan", Dai depicts the beauty of China abroad. He replaces it within the context of the Tang Dynasty by making reference to the works of the famous poet and painter Wang Wei (701-761). A beauty which he esteems as having vanished. He paints upon rice paper, the landscape of Germany, lacerates the painting and then tears it into pieces, re-assembles it to then re-paints upon.  In "Returns to the Ancient / Song Dynasty" (a Dynasty of equal major cultural significance, second only to the Tang), the artist in creation towards destruction and to recreate that which he has destroyed, rediscovers the past. He questions the role of the contemporary artist - read "avant-garde" - who believes he is ahead of his own culture.

Yang Xun comes from the mountainous city of Chongqing, in Sichuan Province; the melancholy which reigns in this city which is sunlit for only 100 days of the year. He is conscious of the influence of this environment upon his mood and his work, where the colours exist as complements alone upon fields of black and white.

In "The Prayer of the Young Girl", he reinterprets history, childhood. He voyages across images and rediscovers them again by leaving "the heart of his eyes" to end at a point. Sometimes, the choice of the images might appear entirely accidental. He came across upon a photo of this young girl while on internet and it seemed to him that he had already seen her beforehand, sometime in the past, possibly ten or twenty years ago, yet possibly never. His painting appears layer upon layer revealing his tentative of a reconstruction of the source, seeking somewhere a clear comprehension otherwise absorbed in the fog of Chongqing.

The work of Arnaud de Gramont is constructed of lines, of mass, of shadows and of l ight. Light defines our environment and determines our emotions. These three photos deal with space and its dematerialization; of the elaboration of the immaterial image, the invisible. It is a continual game of opposites: dissimulation and revelation, visible and invisible, image and non-image. If his photography has no social function, Arnaud de Gramont re-vindicates his individual liberty, one belonging to its own era.

Zane Mellupe is a Latvian artist living in China. Her childhood and adolescence better assist her in understanding China and its values within a socialist environment. She has devoted these past years to achieve artworks of her own and different created fictive artists. Her works are researched based. Most often, she uses an environment, or, other persons, to represent her investigation upon herself.

"Friends (The Red Chamber)" is an intimate representation of others. In this work, the image of an evening and of a morning within a room, we see that which is hidden from us: two people asleep in their beds alongside movement and forms as a landscape. "The Fall (beware of the icicles - they are beautiful - they kill one hundred a year)" is the view of a reconstituted window. Beneath the effect of a light breath of wind, appears a house covered with snow, icicles, and the artist unconscious upon the stairs. In "Returning", the artist lies outstretched in an empty bath, you do not see her face. As with many of her works, she depersonalizes herself so that this could be oneself.

The moment which vanishes, you wish to have return, this moment whenever you are covered with water, whenever your chessboard is not dispersed, whenever you do not have a stain of wine upon your shirt. Zane Mellupe has also developed a project over several years, by having created under the identity of a number of fictitious artists. And, it is during this edition of artparis that she is revealed to us for a first time, Mao Tongyan.

Mao Tongyan, alias Zane Mellupe, investigates two crimes entwined with projects belonging to real-estate developers. Families, whom do not wish to follow the expulsion order of the homes where they have always lived, were killed during intimidation attempt of appointed brutes. Since, the sites have remained in their original state, yet struck by the omen of death. Mao Tongyuan has photographed these upon these sites the enactment of an entertainment girl whom has been paid, as those police whom had been paid to modify the investigation. Her photographs were then printed over the wind blocks of the respective houses.

China lives under a strong growth of its GDP, yet as well lives within an extremely difficult social situation. The individual and the group no longer has any bearings, moral or political, the obsession with increasing wealth animates them alone. To take conscience of our collective and individual responsibility is the object of this exhibition, "Investigation no. 1" at artparis. 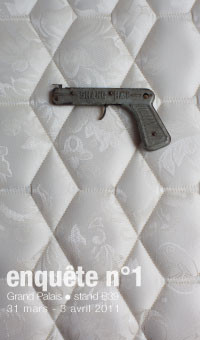 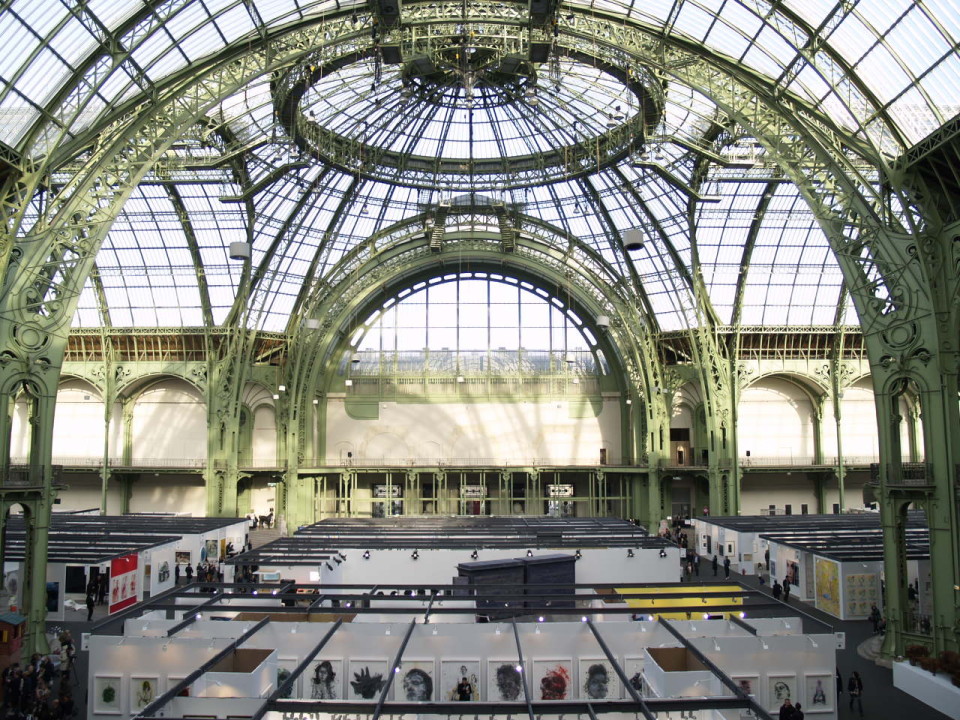 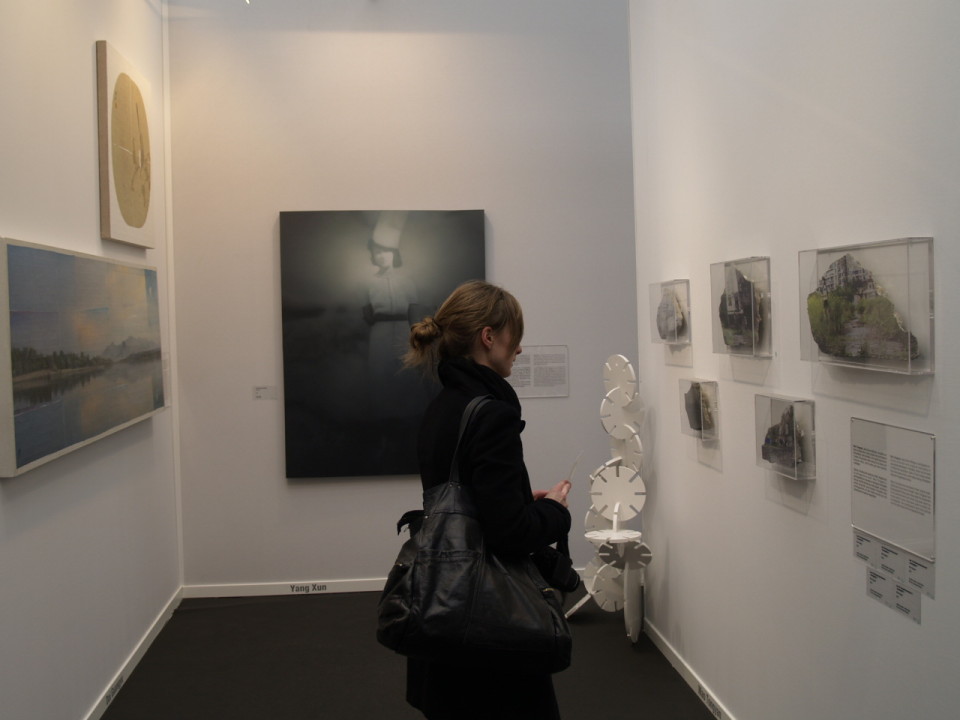 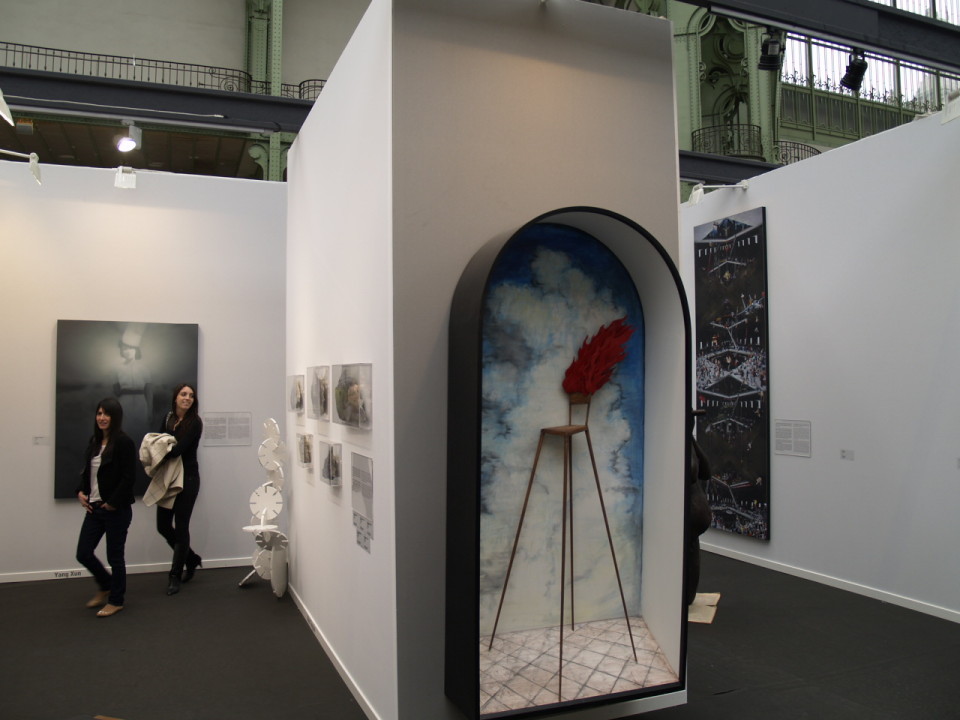 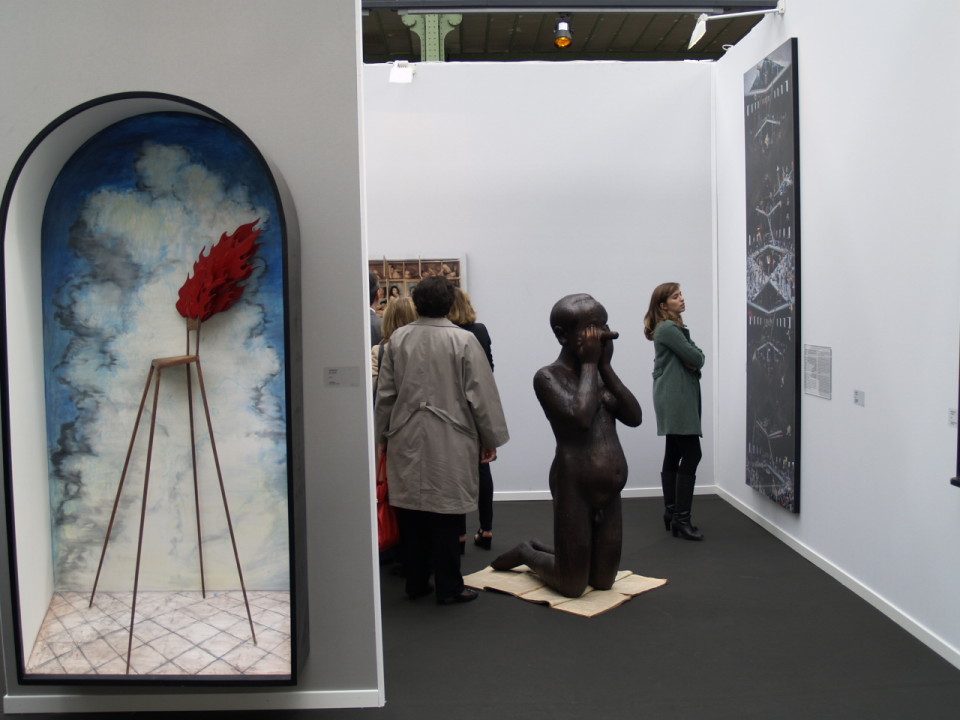 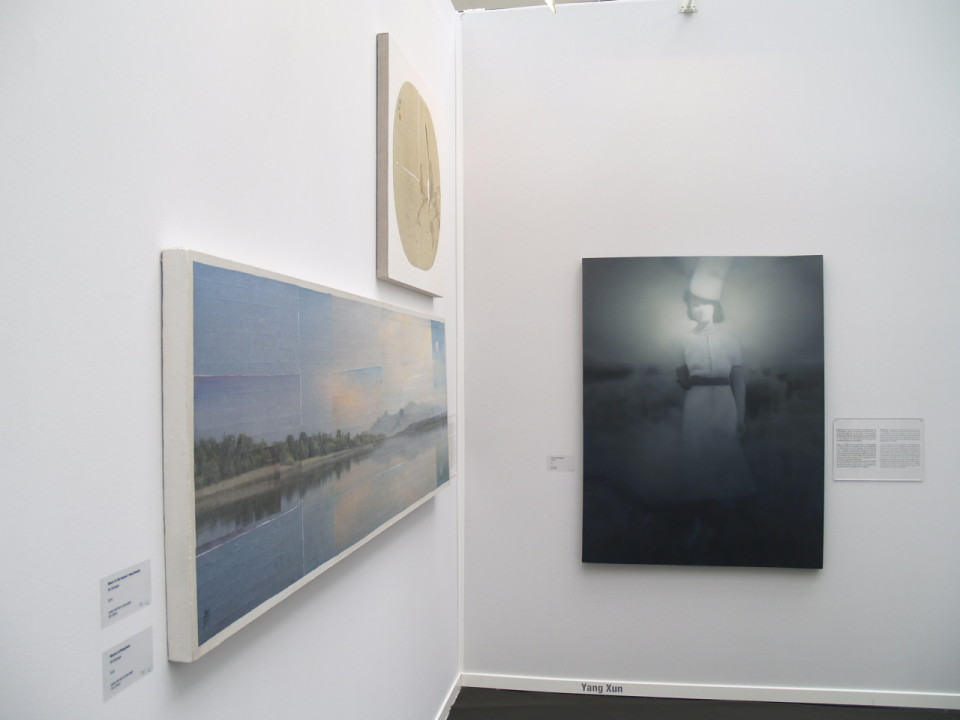 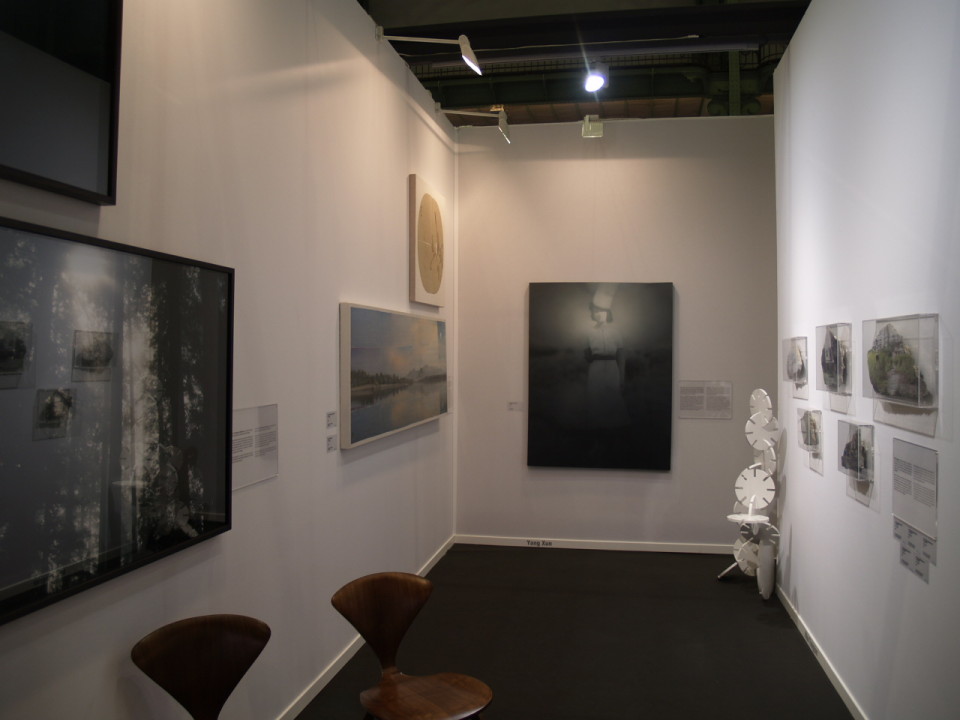 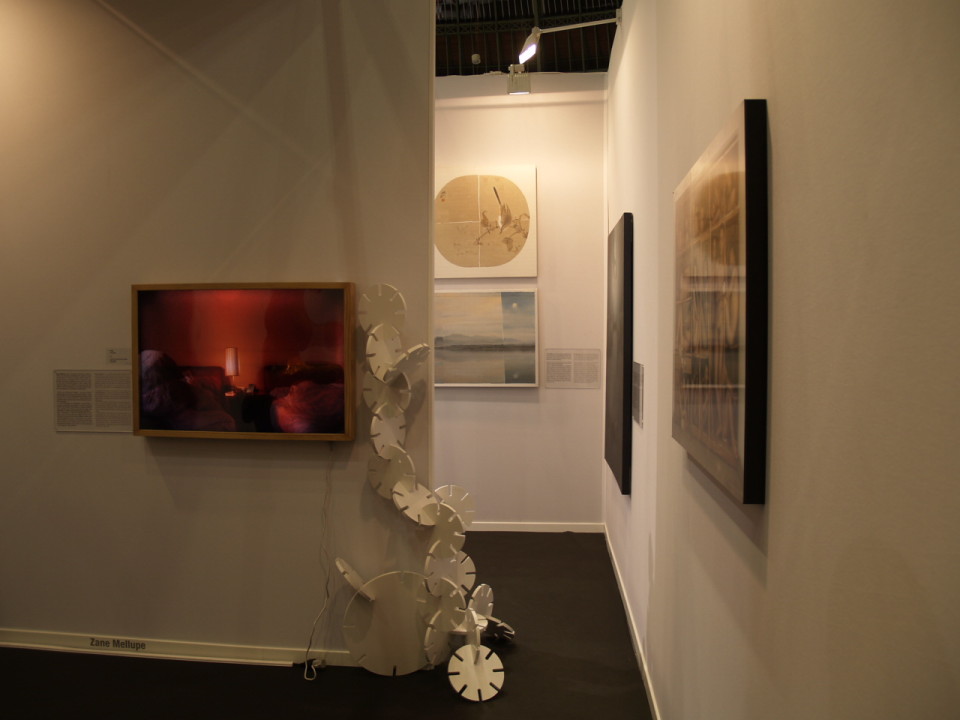 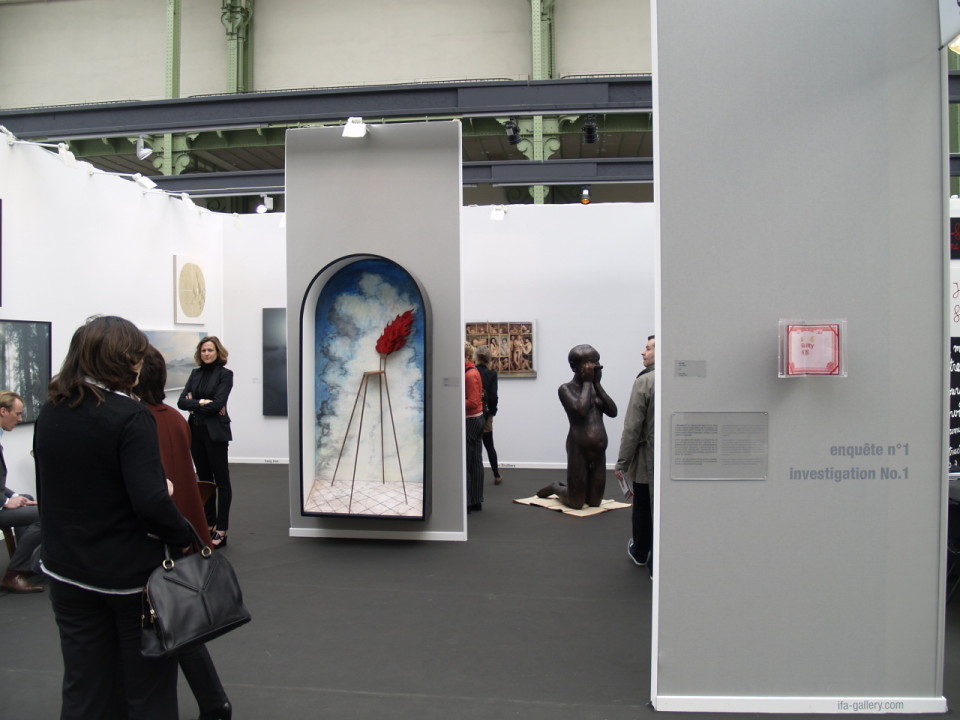 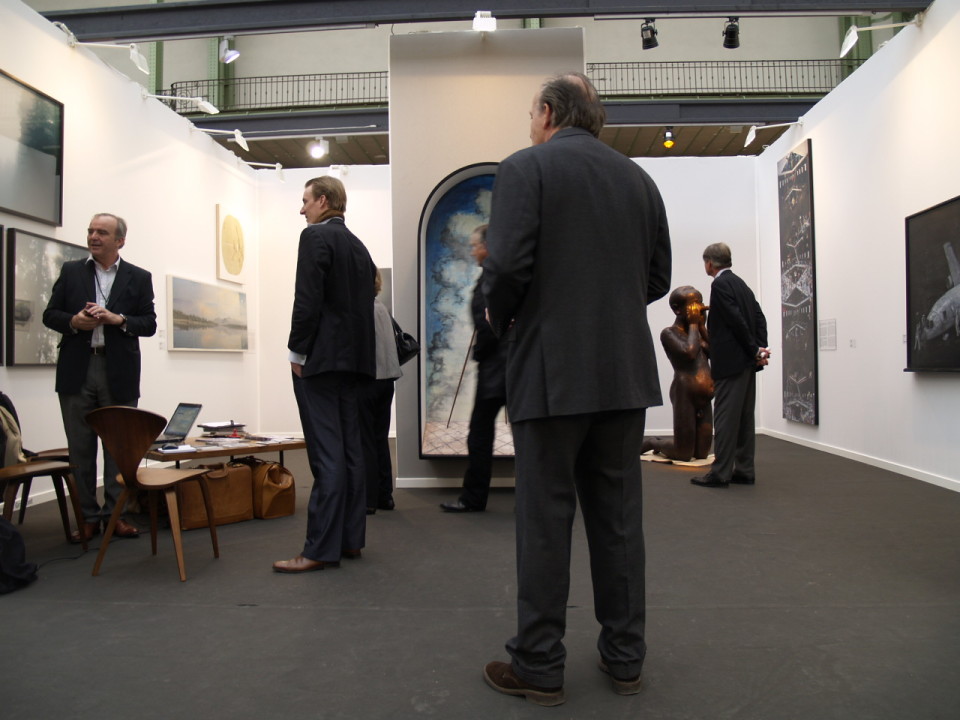 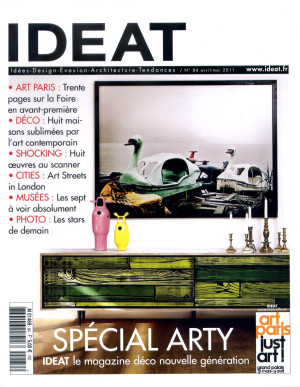