vernissage on Sunday 18 May

ifa gallery is an group exhibition curated by Marie Terrieux

Over a period of four weeks, ifa gallery will be presenting a selection of emerging artists.

This selection will highlight the artists’ observations and insights on the contemporary world. Included among the artists in this series are four photographers whose works were shown in the November ifa gallery exhibition “Beyond the City” and who use their art to share their thoughts regarding the economic development and urbanisation of China.

Liu Jin takes a critical approach, challenging and reproaching the role to the property developers have taken in this new urbanisation. His photograph is filled with angels, present in all his work, as well as dreamers and the injured who appear to search for an ideal world.

Xu Changchang uses digitally manipulated images to offers scenes steeped in the surreal. He shows pedestrians, stranded at a bus stop, stationary and searching but waiting for nothing. This image seems pulled straight from a dream that echoes the artist’s questions about his future decisions and freedom to choose.

Jia Youguang uses a photograph of the famous Beijing development Soho to illustrate the dynamism and modernity of the city today. At the same time, he presents a disparaging perspective on the prisons individuals create for themselves in this urban setting, where everyone must confront the rising tide of individualism and the heightened sense of isolation that comes with it.

Liu Bolin, who will be featured in a solo show at ifa gallery beginning in mid-May, camouflages himself within a message instilled during China’s most recent decades. His image illustrates the conniving tricks to which the migrant workers, who carry the lead role in China’s urbanisation, often fall victim.

Wu Junyong’s medium, a burlesque video, displays the mix of influences from around the world that affect those from China’s young generation, born at the tail end of the 20th century. Using sophisticated techniques, this talented video maker meticulously composes his animations over a period of months. He forges a combination of traditional, communist, and contemporary Chinese elements to realise a profound visual effect on the viewer.

As for Zhang Kai, he displays his surrounding world and today’s Beijing in an unseen way. His paintings depict prisoners and obedient housedogs, who all have the capacity to be enraged.

Li Hao, a young photographer, shows the various faces that surround us and the secrets they reveal. Through a game of self-portraiture, shadow and lighting, his photographs show a mature strength beyond his years.

Jean-Sébastien Lallemand, a young multidisciplinary artist, joins the exhibition with a transient installation. The artist was inspired by scandal in Liaoning Province in northern China involving a deceptive businessman and his ant farming schemes.

The ant farms were pushed with promises of riches for the growers, who were told that they would be able to sell the ants for use in the production of aphrodisiacs and pharmaceuticals. In reality, there was no medicine, and no revenue found its way back to the farmers. In this installation, the star drawn with thousands of ants is symbolic of the swindles and scams that still haunt the Chinese countryside, where peasants are often confronted with unscrupulous opportunists. At the same time, this transient, fragile and delicate star can also be interpreted as a hopeful sign of renewal. 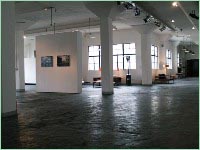 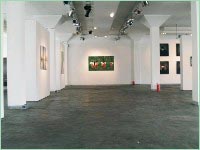 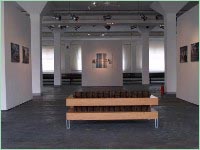 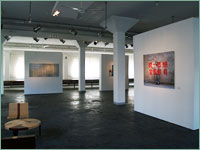