Between the Walls of Utopia is the first solo show in Brussels of the renowned artist pair, the Gao Brothers. Internationally acclaimed, the work of the Gao Brothers has over two decades questioned the place of humans within society, using the specific case of China whilst producing a universal understanding. Their initial ventures began in 1989 with their first important installation work presented at the exhibition “China/Avant-Garde” (National Gallery of Beijing), an exhibition that signified the development of Chinese contemporary art. Their social and artistic engagement during the Tiananmen Square demonstrations cost them their passports for a period of several years. The Gao Brothers are indeed in a role of critical witnesses of Chinese society, expressing themselves through various medium including photography, video, painting, sculpture, performance, critical writing and even as exhibition curators. Marked by the Cultural Revolution (1966-1976) that had tragic implications for their family, the two brothers aspired to a greater freedom of expression, most visibly in their series of political paintings and sculptures, such as the grotesque Miss Mao, or The Execution of Christ by a Mao Zedong regiment.

For this exhibition, ifa gallery has selected an ensemble of recent photographic pieces, nearly all of which unseen in Europe, revealing one other aspect essential to their work: the denunciation of the isolation of the individual in urban societies.

A metaphor of the role of the individual in the context of society, the urban landscapes of the series The Utopia of Construction required months of work. Within geometrically fantastic structures, a group of individuals each occupy a limited and enclosed space. We might be reminded of certain of their previous works, such as the nude images in Sense of Space, the intertwined figures in Confrontation and Embrace or those timidly seeking contact such as in The Forever Unfinished Building. A world apart in which individuals are locked in cells that appear to multiply until infinity. These cells, whether beehive alveoli, windows, screens or a concrete casing of a building, are stylised interpretations of the true-life glass sky-scrapers that have invaded Chinese cities.

Whether evoking mandalas or an inhabited version of Victor Vasarely’s optical art, space has a strong symbolic function in the Gao Brothers work, namely, it symbolises utopias, in their essence a geographical space beyond our world. Their artistic constructions revisit the geometric and circular maps of the imaginary cities of Thomas More’s Utopia or Plato’s Atlantis in a denunciation of incessant urbanisation, of fixed social structures in which fraternity, the direct exchange between individuals takes on a suspect nature.

And thus, a utopian landscape that presents a mix of cultural references from our experience of the individual in society at the era of globalisation. A depiction of the contemporary Tower of Babel in which, “linking together symbols, producing their own route in the social-cultural space or within art history” the artist becomes an ultra-modern semiology navigator, in the words of the critic and curator Nicolas Bourriaud[1]. No longer are the post-industrial landscapes like those of Thomas Struth, Beat Streuli or Andreas Gursky, but rather post-cultural landscapes, for the Gao Brothers the mode of expression most capable of questioning the relationship between the individual and their social environment. 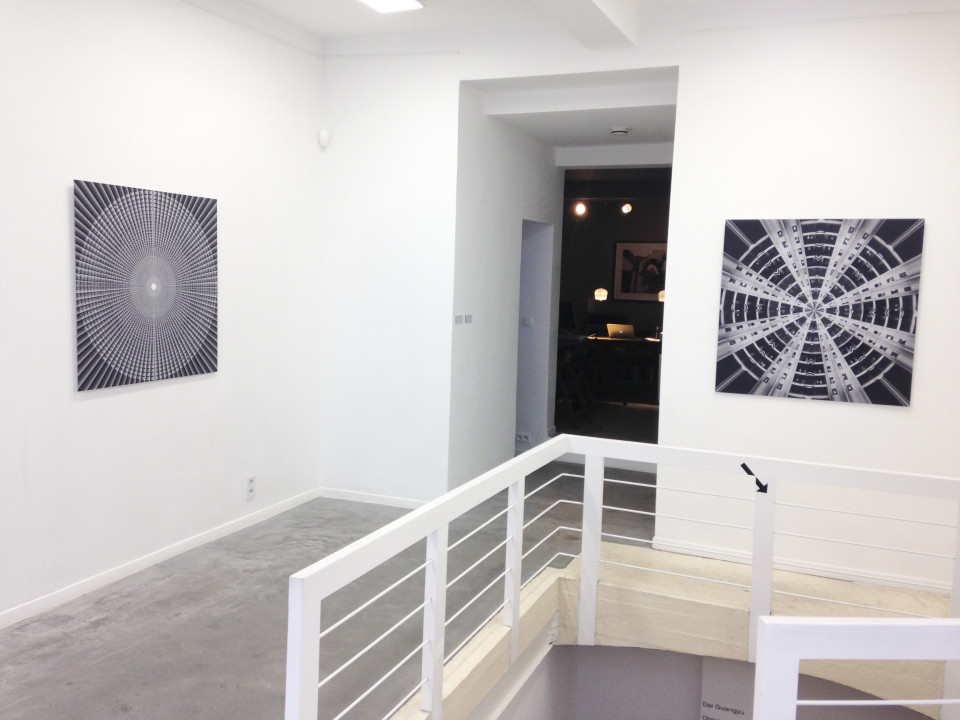 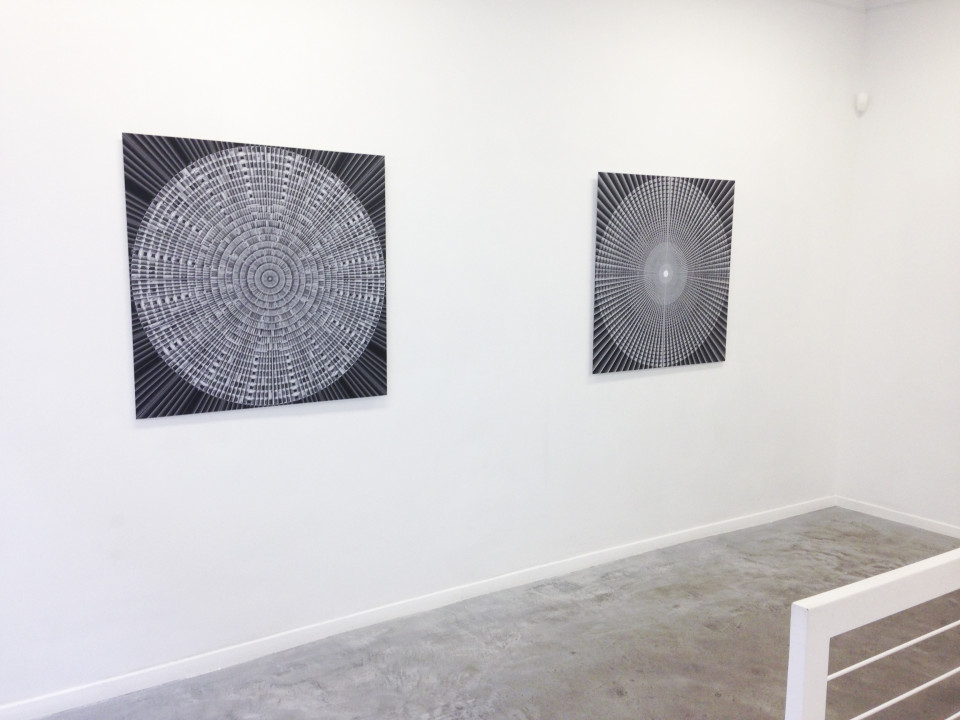 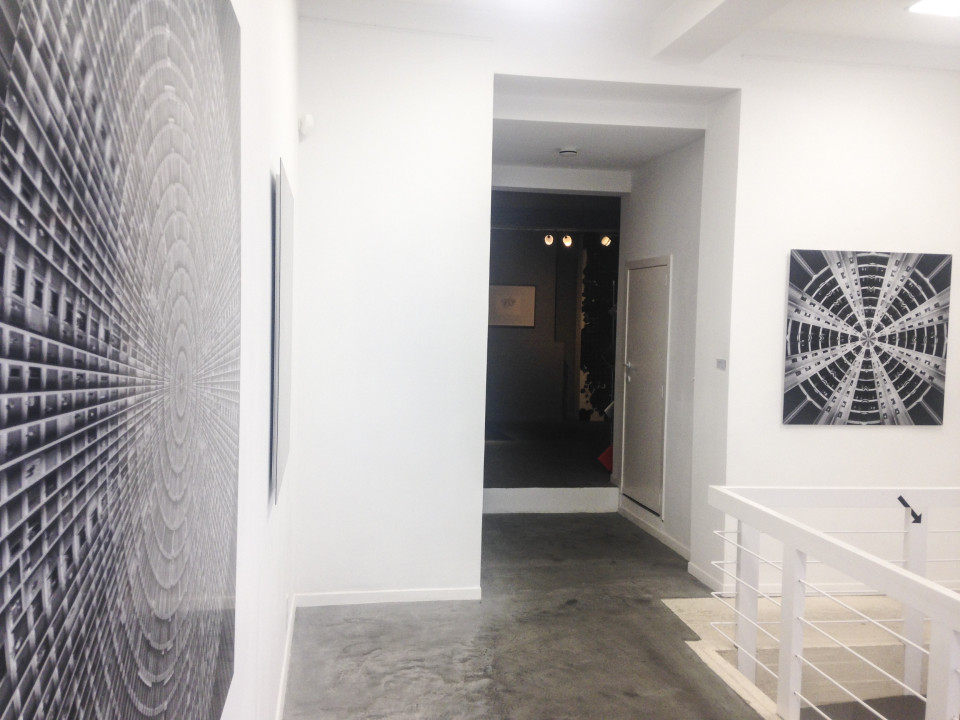 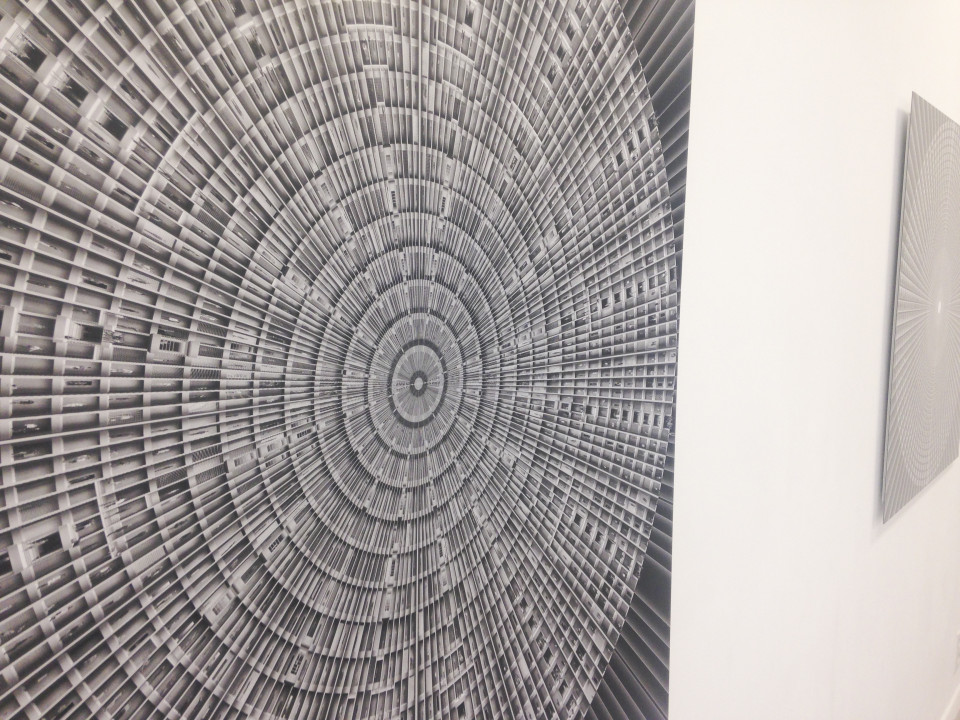 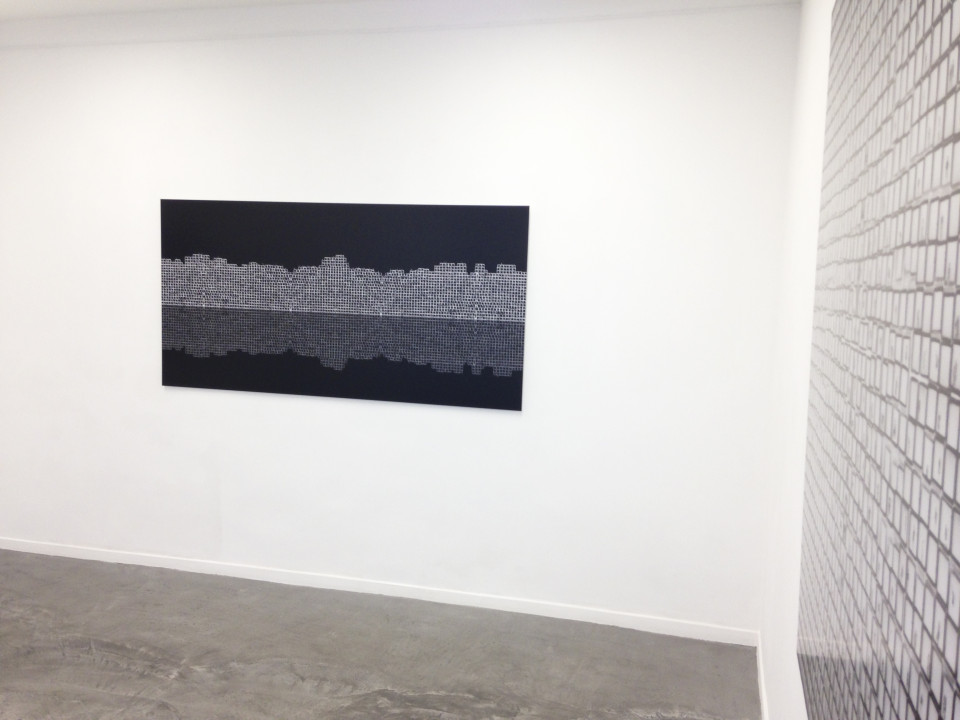 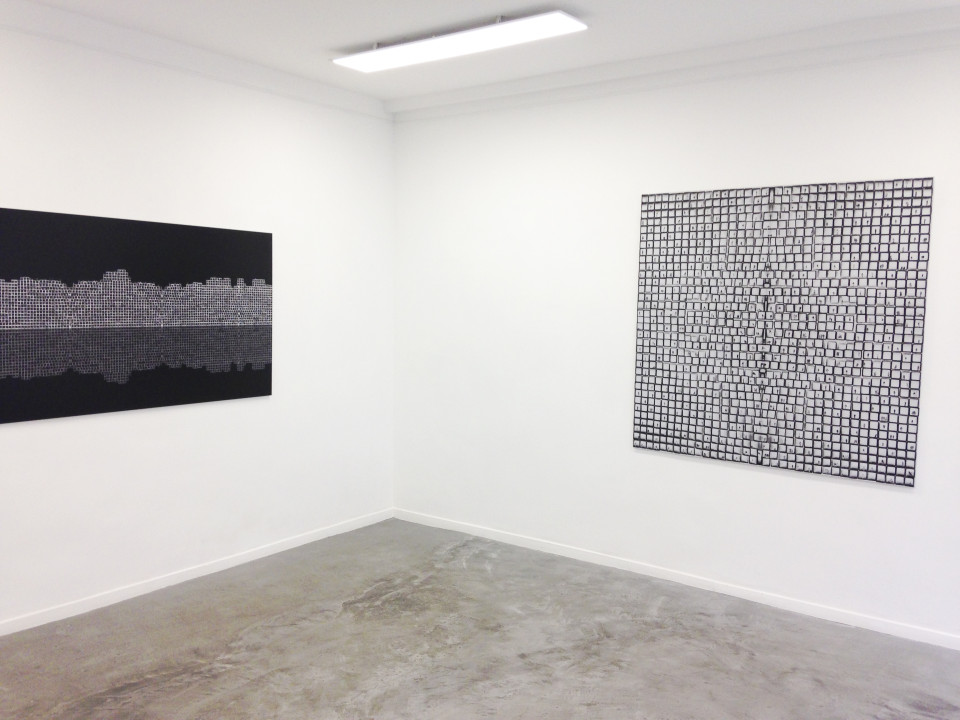 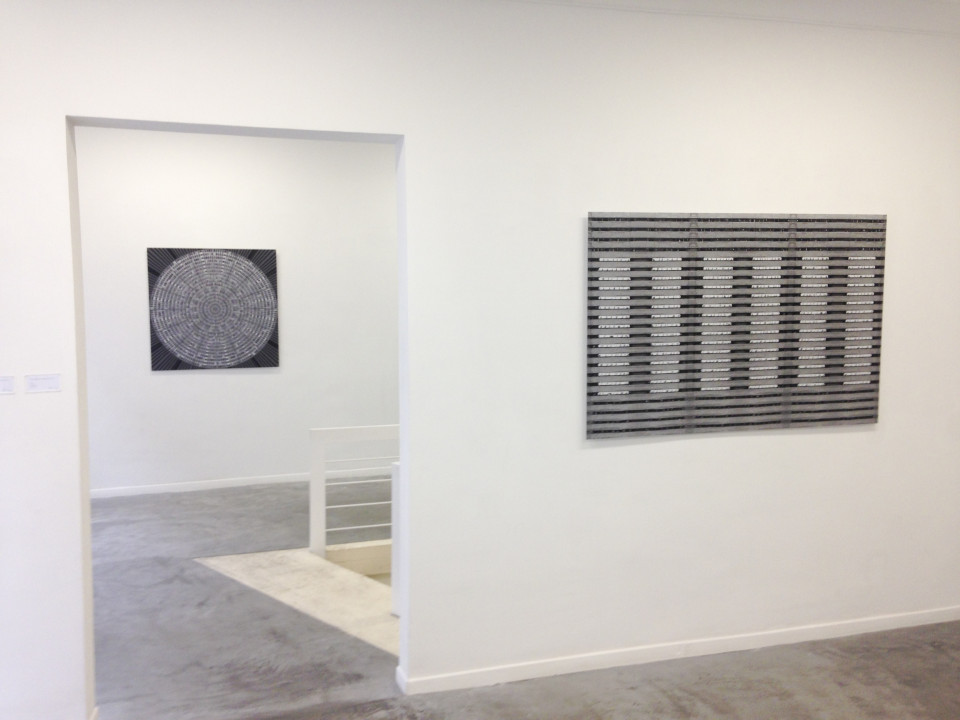 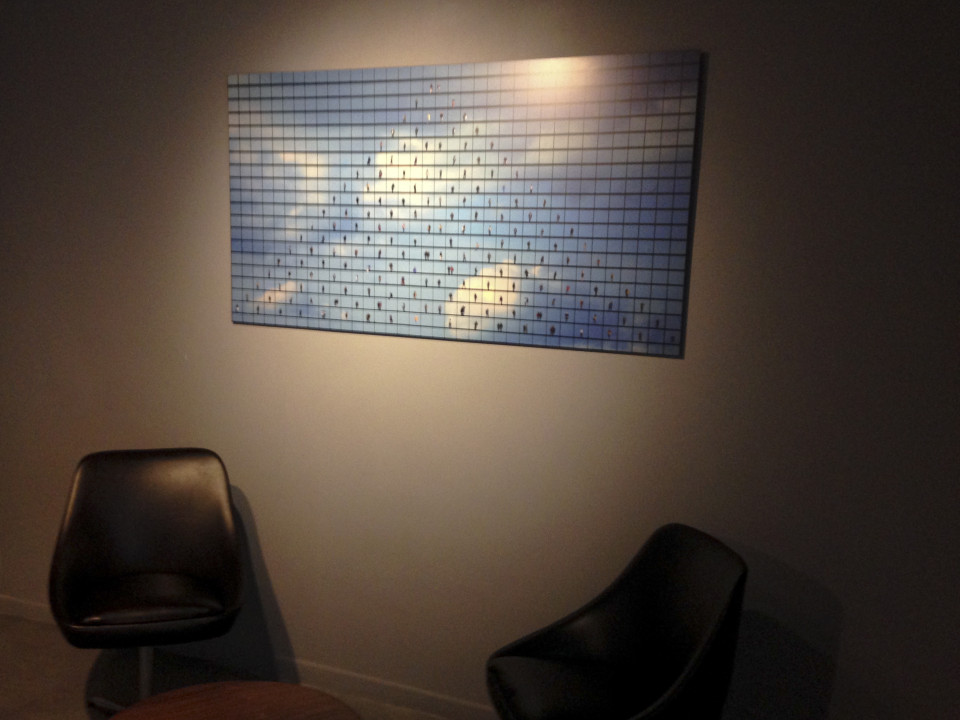 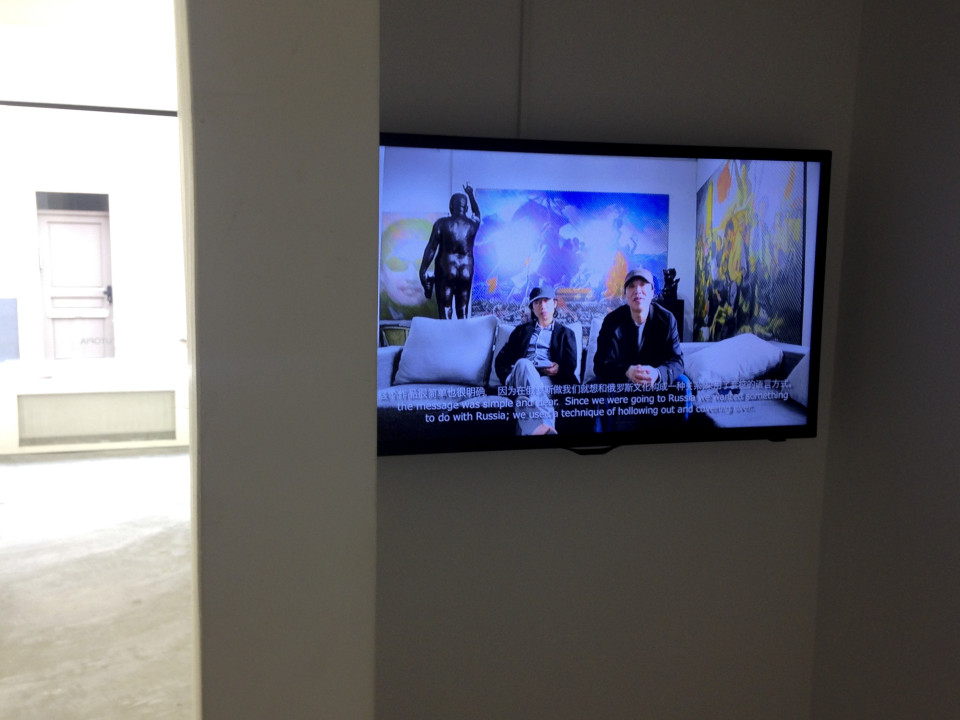 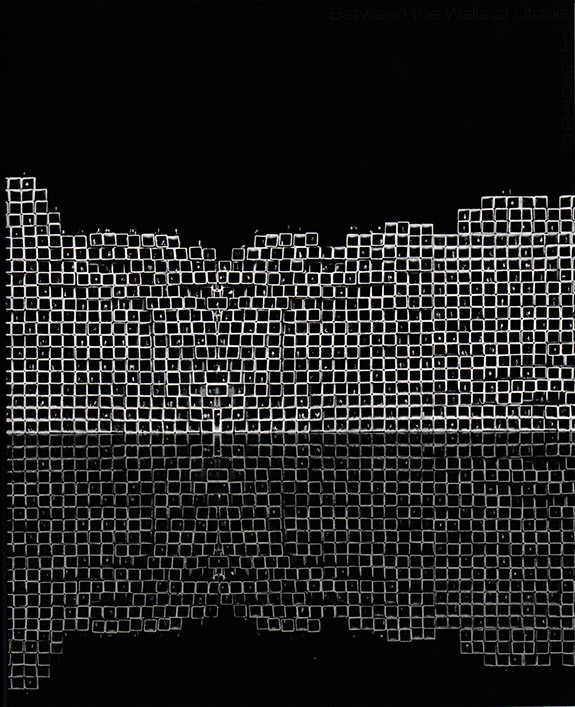 Between the Walls of Utopia – Gao Brothers

Gao Brothers. Between the Walls of Utopia – L’Eventail Magazine 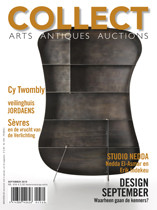 The Scaffolding of Time