It has been for a long time a recurrent subject in the study of history of art. The theme « animal » in the artistic disciplines testifies of the long relationship between human and animal.

From the biblical symbolism of God and Evil in medieval era, animal representation quickly became a tool of society’s criticism, as it is in the painting « The Garden of Earthly Delights » where Jerome Bosch paints imaginary and hybrid creatures with irony to destabilise religious myths; or in George Orwell’s novel where the author makes an allegorical satire of the Soviet Union.

For the occasion of the exhibition “Animal Farm”, ifa gallery has selected a series of works whose animal figure is present from artists represented by the gallery.

Xu Zhe works with different mediums including sculpture, photography, video and installations. Strongly inspired by George Orwell’s Animal Farm, the artist depicts a reality that can be perceived as quite sinister and threatening and that suggests a violent society that has lost control.

Zane Mellupe uses different types of mediums : from photography to drawing, from installation to video, from sculpture to performance. Though her artistic pluridisciplinarity, three subjects are recurrent in her work : the image, the object and the body. The Zane Mellupe’s artworks becomes a visualisation of metaphors that allow us to express mind states.

Wu Junyong has created his own surrealist universe, partly inspired by Flemish renaissance painting. The artist, fascinated from the outset by the art of video animation, constructs his world through other mediums including painting, drawing and installation art. His artworks narrate stories with the help of symbols taken from both oriental and Western myths and legends

Christophe Demaître manipulates the photographic medium as a tool for experimentation. The heteroclite objects in his works come to be confused with images printed on paper, canvas, metal or even on resin. The integration of neons and lightboxes reveals an unreal and timeless dimension.

Alexandre Ouairy condenses in an iconographic work the ancient and modern visual representations of subjects including Landscape, Power, the Hunt etc. Visual interplay takes place between the image of classic art (oil painting) and digital imagery (the glitch*), contrasting the traditional slowness of painting and the profusion of digital images invading our current day lives.

* the glitch : digital transformation caused by lost data during a computer transfer 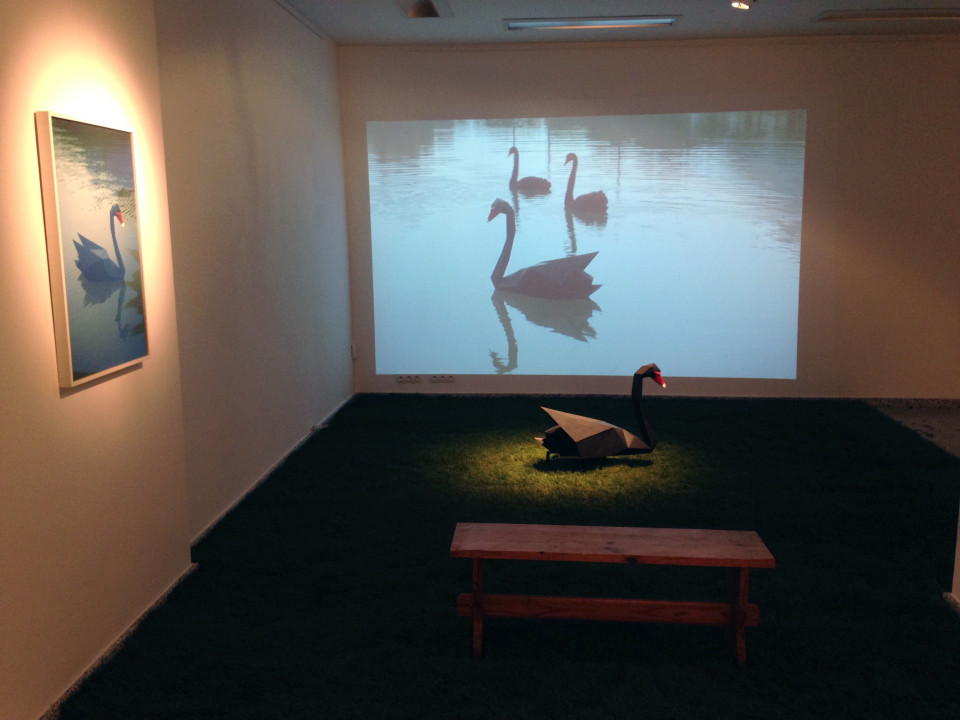 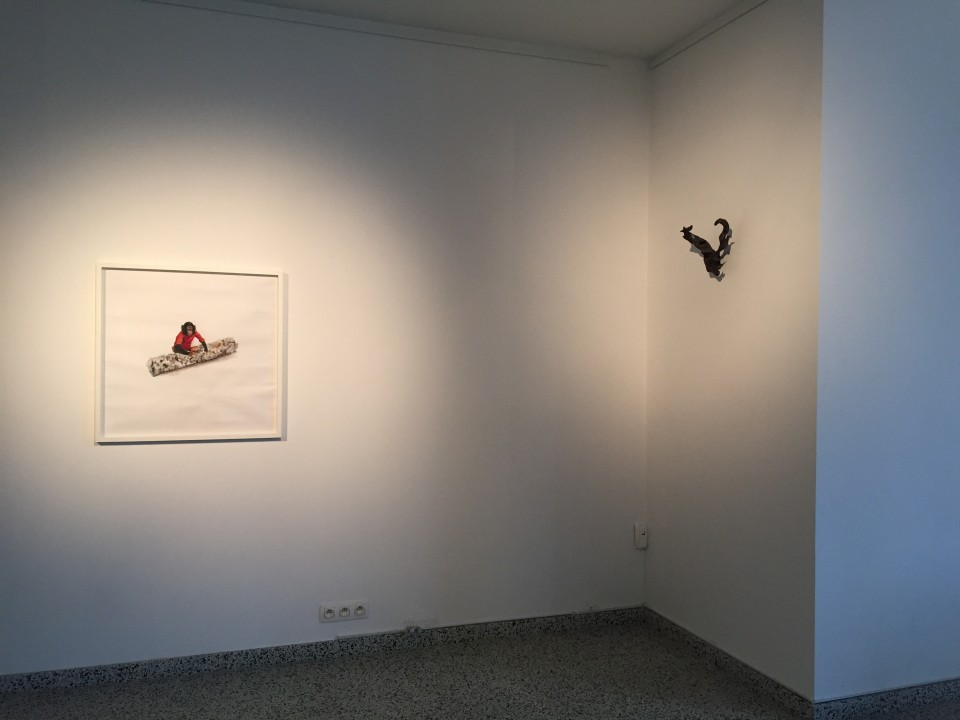 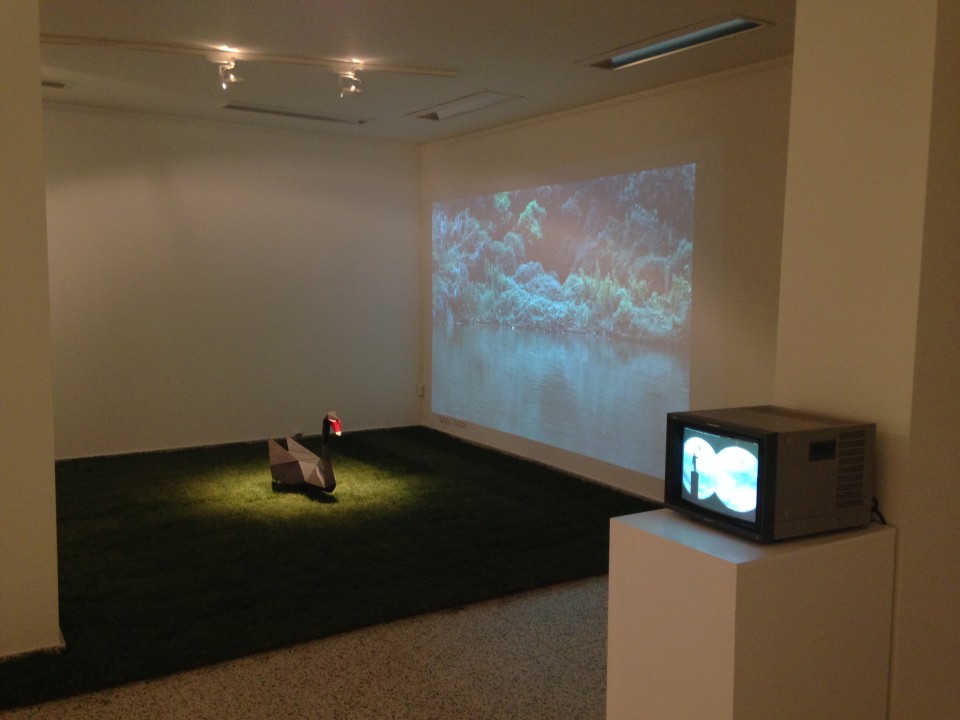 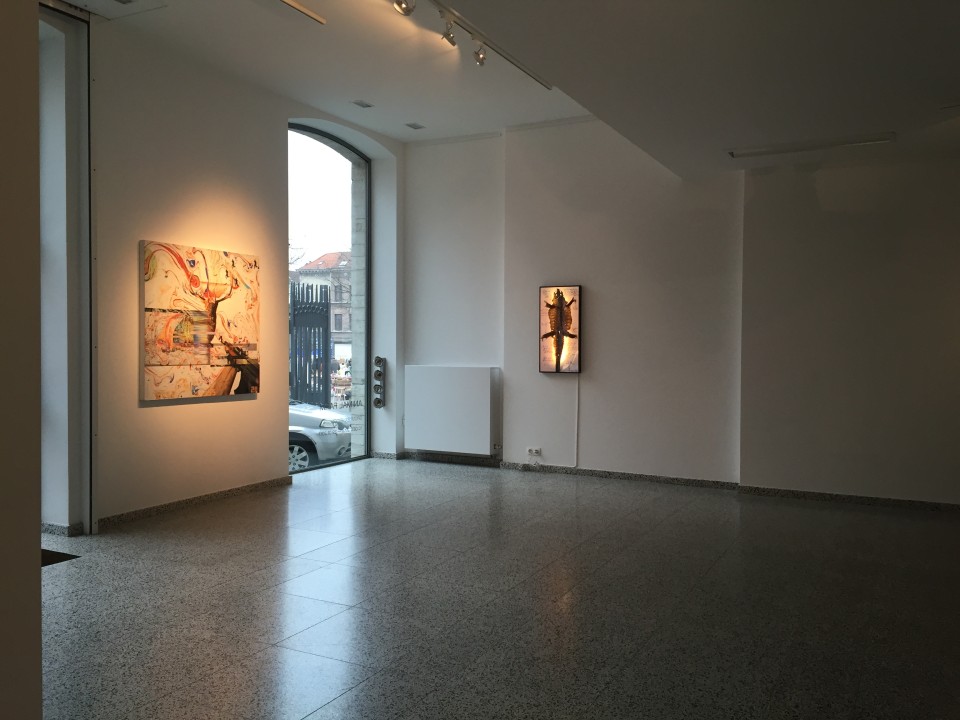 Coding as a social & creative inception