In the framework of Art Paris, ifa gallery is pleased to present a selection of Chinese and Vietnamese artists representative of these two vibrant creative scenes in Asia.

The Gao Brothers, well known in Europe for their provocative frescos and Miss Mao sculptures, have two works on display. Less flashy and subtler are their ‘Sense of Space’, with its quasi mystique dimensions, and a more recent photographic work ‘The Forever Unfinished Building no.4’. This veritable fresco of humanity is a technological feat: hundreds of figures relate the history of China and the world on this astonishing photograph that is three metres tall.

In a different vein, Dai Guangyu uses photography to record his performances works that are strongly linked to China and its social upheaval. His works are always very strong aesthetically and they are occupied by a fascination with the power and beauty of ink, which is explored from many angles: on the body; in installations, on fabric, as contemporary calligraphy. Dai Guangyu is one of the fathers of China’s avant-garde of 1985 and also a leader of the Sichuan region where he restated performance as an art form and revisited the traditional usage of ink. For the past 30 years, his work is continually entwined with poetry and astutely interrogates Chinese society.

Fan Jiupeng, talented young painter and former student of Liu Xiaodong, has perfected a technique of double sided paintings; a system enabling the viewer to regard the front and the back of the work. On semi-opaque sheets of PC or on canvas he creates amusing daily scenes often of the Beijing middle class. Listless youth, a couple strolling, old friends just out of the public baths… By playing with the two-sided system, Fan Jiupeng refers to the notion of people’s double personalities and the various levels of interpretation in which people are required to engage in for many daily situations.

The present preoccupation with Chinese art often leaves surrounding countries with lively creative scenes ignored. Such is the case with Vietnam, opened up in 1986 with Doi Moi, the economic and political reforms that encouraged an awakening of contemporary research and experimentation, which broke away from the academicism of fine art. Nguyen Minh Thanh, born in 1970, was part of this generation. A graduate of the Hanoi University of Fine Arts, he chose to express himself freely, following his identity and personal references, a route, which was quite opposite to the artistic references to nationalism and the propaganda still prominent at that time. In coloured ink on rice paper or canvas, his work is delicate and intense, and often features portraits of himself. His work bears an almost dream-like quality; of a being floating between two worlds. The language that he has developed is very personal and far from the clichés and exoticism that could be associated with Vietnam.

Finally, the work of Arnaud de Gramont with photography that explores space and light. Neon lines that flare up, vividly punctuating the black background. His images call on the megalopolis of Asia with bright colours and invasive lighting. 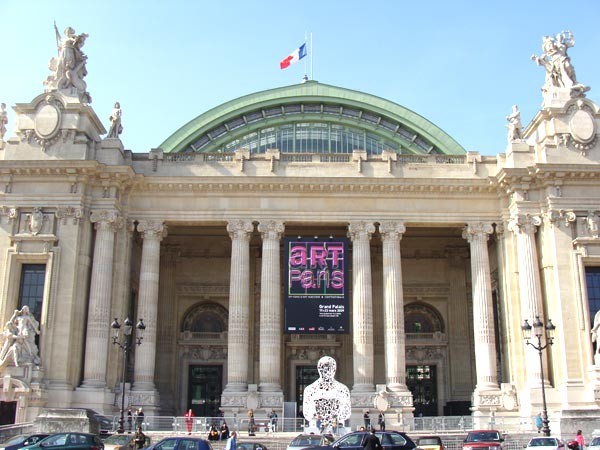 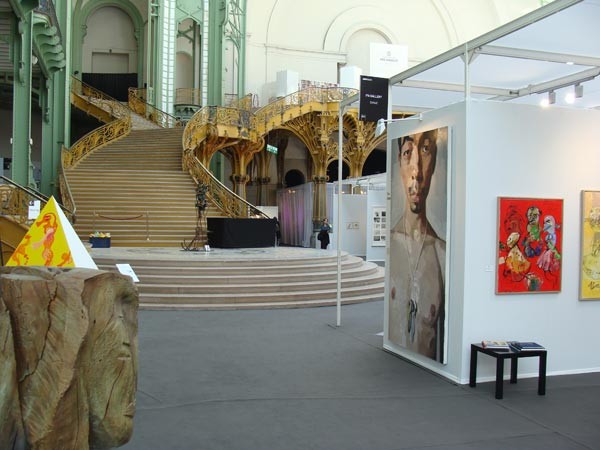 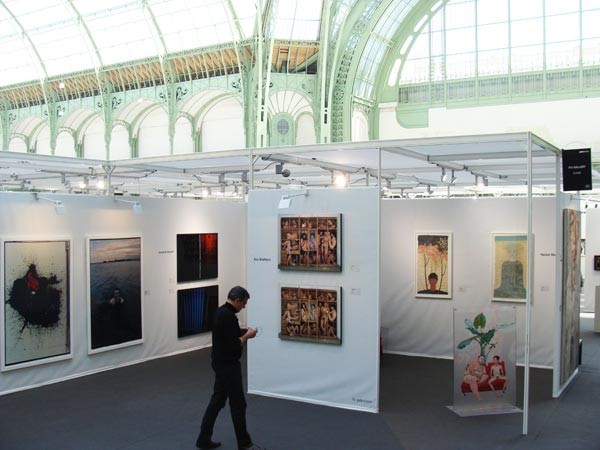