Alexandre Ouairy’s works assembled in “The collective deliriums” is inspired by the theory Joseph Campbell developed in his work “The Hero with a Thousand and One Faces” (1949).

In the latter, the author analysed reciprocal elements between classic myths and modern tales: storytelling has not changed since time began. Such archetypical narrative structures depict the hero passing through the rites of passage of a journey: the departure, the setting out, and the return. Hardships encountered along the way reveal to us the hero’s qualities.

The underlying elements also exist in visual representation, with works of art revisiting the same codes and structures. Only the wrapping, the form, changes; the meta-structure itself endures. It is these divergences between perception and reality that Alexandre Ouairy focuses on. As in the work of Jeff Koons, Xu Zhen or Pierre Huygues, the difference between the copy and the original becomes confused, as does the boundary between reality and its collective representation. But the explosion of colours in the paintings of Alexandre Ouairy, the skill and softness of his lines in both watercolours and sketches, offers as much a conceptual questioning as an original visual experimentation.

In his series of oil paintings, “The End of History”, Alexandre Ouairy condenses in an iconographic work the ancient and modern visual representations of subjects including Landscape, Power, the Hunt etc. To these cultural simulacrums, he introduces shifts in reality: glitches (digital transformation caused by lost data during a computer transfer) disturb the image. Visual interplay takes place between the image of classic art (oil painting) and digital imagery (the glitch), contrasting the traditional slowness of painting and the profusion of digital images invading our current day lives.

The watercolour series “Platinum”, the drawings “Flesh and Stone”, and the sculptures “Lifting” reveal similar plays on contrast. Starting with plaster reproductions of antique or classic sculptures, the artist covers these in no less than 70 to 80 layers of ground rubber. The up-dating of these sculptures has the function of both making more civilised and covering up the original: the act by which they achieve modernity, renders them less detailed. As with the paintings, the underlying structure persists, with only the outer wrapping undergoing transformation.

In a video work, “Auréal”, the artist arranges sequence-shots taken from makeup commercials. He only shows footage in which models appear. The artist interrogates the reciprocities in artistic structure between classic portraits and those in advertising: the previous-era portraits of wealthy individuals have been replaced by images representing the masses. Revisiting the codes of the classic or nude portrait, the woman (or her representation) both observes us and knows herself to be observed. As the original image’s aim (advertisement) is eclipsed, all that remains is, as in all of Alexandre Ouairy’s works, the reality. 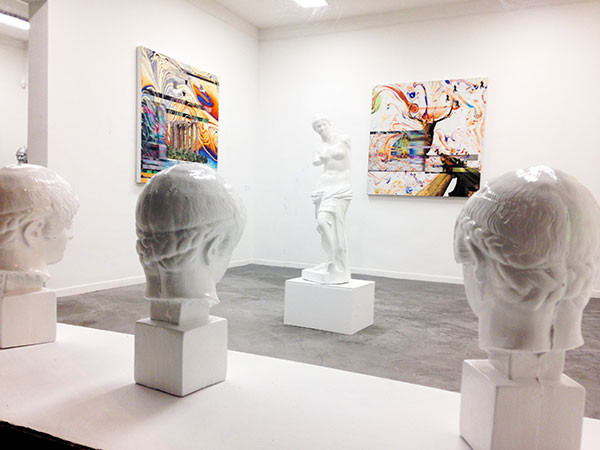 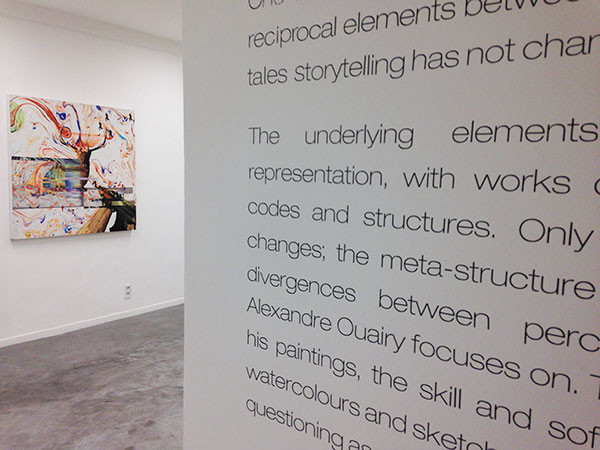 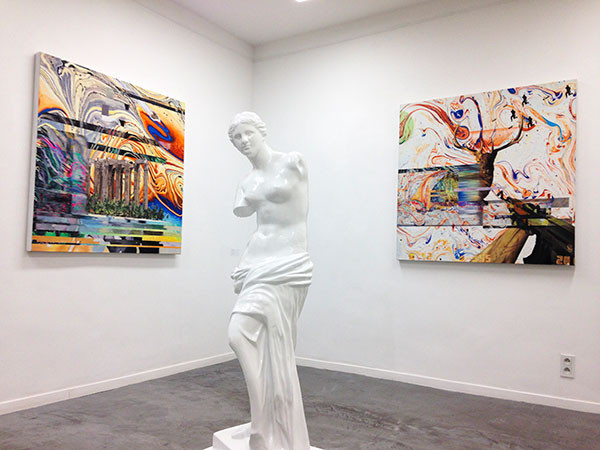 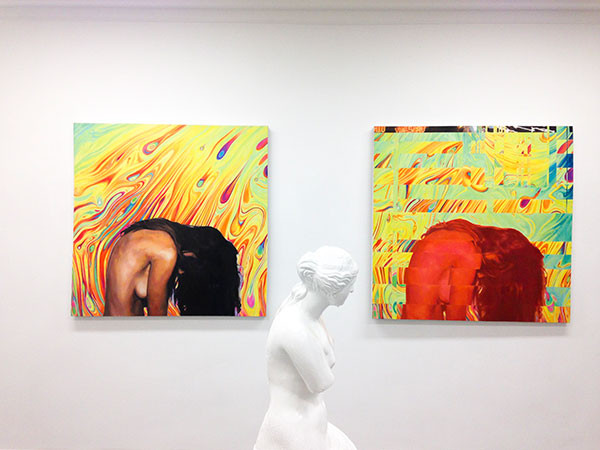 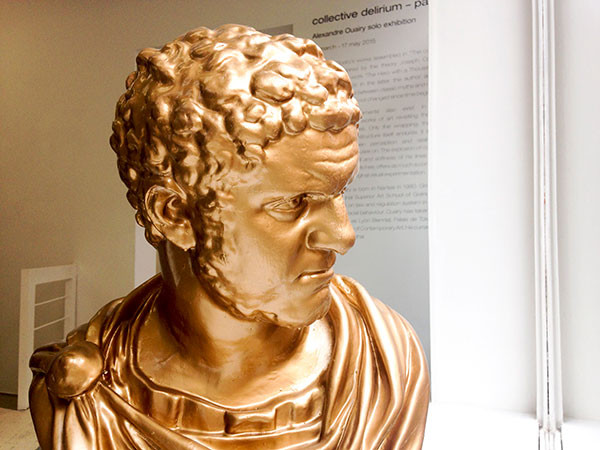 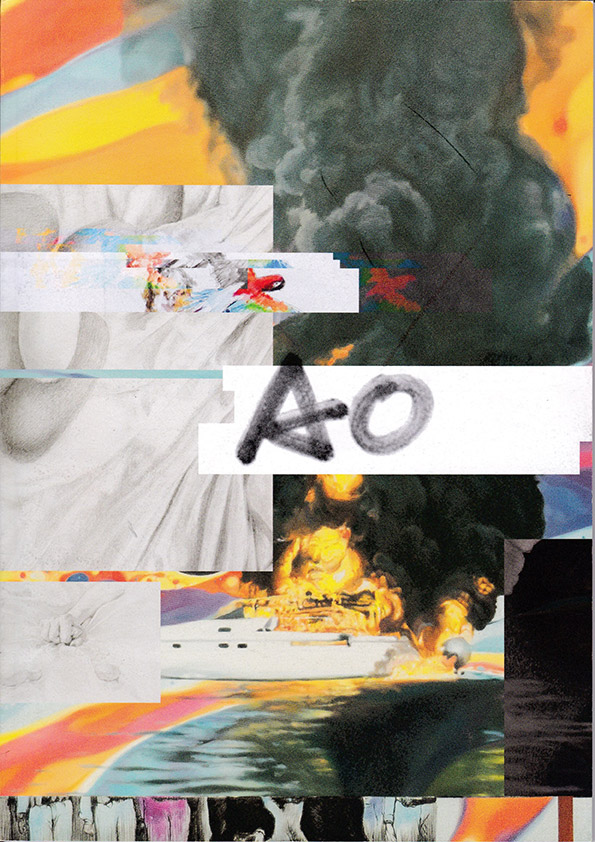