Maison Bleu Studio is an association that aims to promote and diffuse contemporary Asian art in Paris.
The annual exhibition presents to the French public the work of the most promising young artists.

Over the past two decades, artists from the Far-East have been the object of a selective attention. Either in solo shows or group exhibitions, they have frequently featured in both private and public spaces. Thus, the matter under our current consideration presents a group show of Chinese, Korean, Japanese and Taiwanese artists, originating from the initiative of Jiyun Kim and Claire Myhill who have used their experience in this field to follow closely the artistic adventure of each of the artists they have chosen. They invite us to a discovery – or a re-encounter in certain cases – of their artists, unhesitatingly bringing together in the same space established artists and promising young talents. Reaching beyond the usual artistic clichés and repeated opinions, they have sought to act as enlightened assemblers, while also demonstrating a shared inspiration among their artists.

The highlighting of these points of interest, many of which have been overlooked before, reflects a number of factors. In relation to the effects of globalisation along with the arbitrariness of the resulting financial fallout, the art of the Far East, following a prolonged period of concealment, has emerged from its isolation. It attracts us, excites our curiosity, reaches heady heights in art auctions, under the new class of super-rich collectors from China, Taiwan and the West. And this fever has spread to Japan and Korea, to a lesser degree. These soaring prices, let us not forget, follow radical changes in East-West relations, with the progress of western nations now also dependent on the economic situation of the states of south-east Asia.

And yet, the attraction of the West is by no means a recent phenomenon for Chinese, Korean and Taiwanese artists, initially encouraged by French missionaries, during the period of the Ming dynasty in China and propounded by the diverse diasporas since the end of the 19th century. All of this in spite of the various armed conflicts leaving lasting marks, including the 1945 civil war, the impositions of the cultural dogma by the State, and the legacy of soviet Russia. As a result of such factors, the evolution of Chinese, Korean and Taiwanese art during the twentieth century has followed an entirely separate path to that of Western art. In Japan, modern art begins to emerge during the Meiji era and undergoes the terrible shock of the Second World War, before re-emerging in all mediums at the outset of the sixties. Whereas Korea, traumatized by a fratricidal war and successive dictatorships, will not recover its forces until after the Olympic Games of 1988.

Huge advances in mass communication brought have both brought down barriers of isolationism and led to increasingly standardised ways of expression, favouring cultural nomadism and the adoption of trends of the moment. Today, each of the nations represented in this exhibition can consider itself represented by prominent artists who have a place on the international scene, whose artistic path has, for the most part, achieved recognition away from their motherland.

A carefully considered range of mediums are brought together in the same space in the current exhibition – sculpture, painting, drawing, installations and mixed media – which each artist exploits and deepens in accord with their own respective language, as a challenge to expression. We may detect references concerning identity, religion, similarities coincidental or intended with predecessors, allusions to the natural world, to art history, social issues. This does not detract from the singularity of the artists, from both young and older generations. If there is a common denominator to be found within this mosaic of interventions, it is not so much in the form or the concepts, but rather in the geo-cultural roots of the artists. But in the final analysis, what they aim to transmit is all the relentless force that each of them carries inside of themselves, and their vision of the order and disorder of the world. 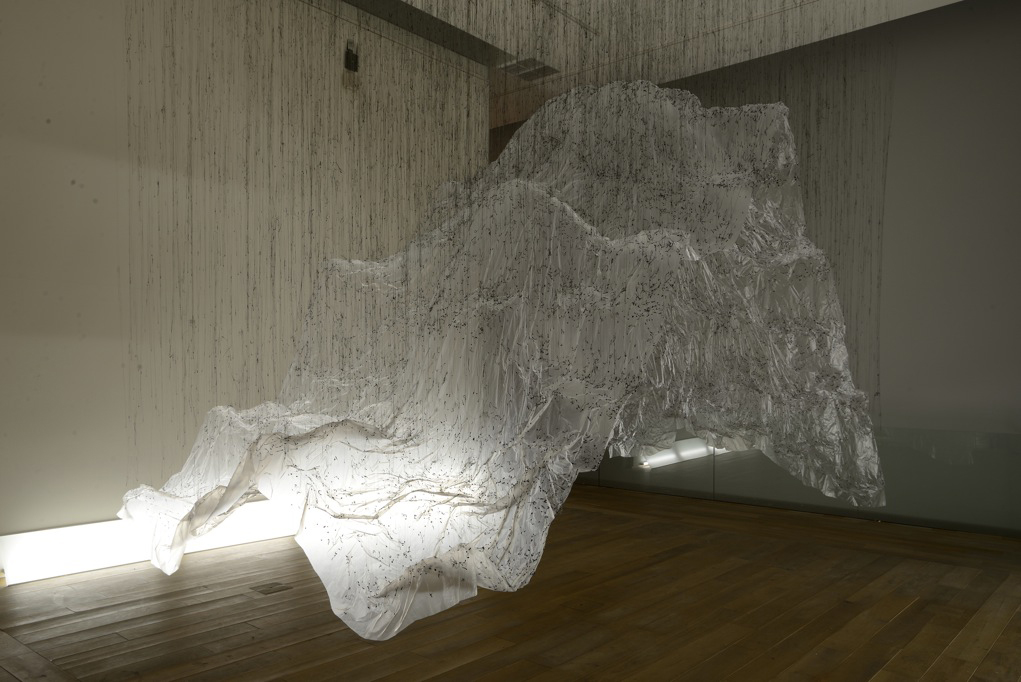