ifa gallery is pleased to present the group exhibition curated by Darja Lin & Alexis Kouzmine-Karavaïeff. Performance by Xu Fanghuai, as part of the exhibition on 16 june 2010 with the collaboration of one white cherry tree with a flag on the road.

Social etiquette is a set of rules by which a given society lives. If one breaches those rules, one becomes an outsider or a rebel. The artist has always been the great critic of social etiquette, the corset of a functioning and therefore malfunctioning society. Everybody in his place. This is the way things should be. “Tout est pour le mieux dans le meilleur des mondes” (Candide). Are the new generation of Chinese artists, graduates of the best schools (in this case Hangzhou’s Academy of Art), playing their role as critiques of a fast-paced, capitalistic, modernizing society or have they simply retreated into their ivory towers as artists have in the past? Are they even making an attempt at formulating a critique of society and social etiquette?

Born in 1986, in Hunan, Li Ming is a graduate of the Hangzhou Academy New Media Arts department. Li Ming’s video “Comb” recalls the recent history of China. Is the machine overpowering man? Is modernization destroying the soul? A bulldozer slowly demolishes an old building while inside a young girl sits, seemingly inconsolable, sits on the edge on her bed. As the bulldozer reaches its arm further and further into the building, crushing the plaster walls, it seems as though the teeth of the machine are combing the girl’s hair. The ensuing relation between woman and machine assumes the aura of Fritz Lang’s “Metropolis” or perhaps a more Buñuel-like surrealist film. The slow-moving arm of the machine seems to graze the young woman’s scalp, yet still she does not move.

Born in Zhejiang province, Li Qing is also part of the twenty-thirty something generation of Hangzhou Academy graduates. His work is figurative with the irony and humor of a conceptual artist. His series of “Nurses” is a propaganda-like realist portrait of young nurses coyly and lasciviously posing for the artist as though they were posing for a pornographic magazine. Since the SARS outbreak, nurses are considered China’s unsung heroines. But who are these young girls in real life, what are their desires and fantasies? What does it mean to be “a nurse” in China today?

Born in the late 1960s, Shao Yi also studied at Hangzhou Academy. Shao Yi, like most people of his generation, has watched as people become more and more alone, cut off from traditional family ties, living in anonymous apartment blocks, shopping incognito in supermarkets and malls, hemmed into a virtual world where the TV and the internet are one’s only companions. “Plug In” is a map on canvass of city buildings and how they interconnect. The result is a lifeless system of electrical wires and concrete buildings like a switchboard or an architectural model. Where are the city’s inhabitants? Or is it just a ideal city, uninhabited?

The second work is a series of people in uniform photographed after having imbibed ≥80mg/100ml of alcohol. These people have a distinct social etiquette as members of, for instance, the police force. However, the fact that they are inebriated has distorted their social image. They have transgressed the uniform and assumed their own identity as individuals. Who are we? Are we products of what we do, of our work? Or are we individuals with joys and sorrows? Who are we when we take off the uniform?

Born in Fujian in 1978, Wu Junyong is part of the avant-garde coming out of the Hangzhou Art Academy’s New Media Arts department. Wu Junyong’s black and grey paintings “Marketplace imagination”, “Hitting the Airplane”, “Twins” and “Imagining in a Supermarket” question modernity. Who are the men in dunce caps, reminiscent of Cultural Revolution figures hitting an airplane carcass with sticks, poking at the bird-filled clouds (or lining the clouds with silver as they did during the Olympics to move them from place to place)… Two men in identical dunce caps share a pair of crutches. They seem to be perched far above the world, like men on stilts. Can they see what is really going on from that great height? Who is the tired worker who has set down his broom and is sitting disconsolately on a fallen statue, perhaps the fallen idol of capitalism. The ominous, colorless paintings seem to imply that the world as we know it is diminished by capitalism, faded and even deadened. The only solution is to attack the very essence of modernization, the supermarket, the airplane, the ideal of capitalism itself, a cultural revolution of sorts, a new iconoclasm.

Zhang Liaoyuan, born in the 1980s in Shandong, coming out of Hangzhou Art Academy, is no newcomer the conceptual art world. His work, which plays with light and the refraction of light, has included performances, photography, installations, videos and paintings. In the first work on display, Zhang projects a film through an acrylic screen perforated in the shape of different triangles: isosceles, equilateral, scalene… We see the film through the sides of the triangles, in the same way in which light hits the retina. The film itself is banal but the question is asked: What do we see and how do we see it? As the triangular image reflected on the wall implies, is ours a tunnel vision? The second work is a sort of spyglass, but it is really a flashlight or torch. When one flicks on the switch, one sees a woman and children projected on the wall. Zhang Liaoyuan looks at vision and light from the inside out. He invents new mechanisms: spyglasses, filters, cameras, screens with which to look. The phenomenon of looking is complex, it involves not only the eye but the mind’s eye; not only the retina but also light. If simply to look is so mind boggling and complex how can we even start to communicate and understand our own limits?

Tong Yan Ru’nan is a professor at the Hangzhou Art Academy and the Hangzhou-born artist may seem vaguely out of place in this array of young talent from the 1980s. However, his work, which transgresses the limits of the traditional realist style, and he has broken down barriers and rethought technique in such a way that he belongs to this new generation. His portraits of working-class subjects are a study in the mastery of the brush combined with the inspiration necessary for conceptual art. His portraits have already marked a step forward for realist painting. In one series, in particular, the portrait hangs in two parts: one, the face itself and the other the more marred, less accurate reflection of the face (hung right side up and upside down like Narcissus looking into the pond). His next foray into conceptual art came with this series of individuals, portrayed on playing cards, like so many hearts, clubs and spades in a pack. The cards represent people of all ages and social backgrounds. Who is the strongest card in the pack? Who is the weakest? Who is the Queen of Hearts? Who is the Ace of Spades? Or as the invitation implies, if life is a game of majiang, who are the flower cards, the dragons? Pong, kong, majiang!!!!

Tongyan Ru’nan’s work seems to ask the question of where art and realism are going and what is next. If only more of the masters decided to follow his path. When the master sets down his brush, his mind imagines, and he takes up his brush again. That is the beginning of conceptual art.

Wang Xiaofeng is graduate of the video department of the Hangzhou Academy of Arts. “A Safe Distance” is about the individual and his place in society. On his helmet, the artist has placed a car radar above below, to the left and to the right. He then visits a public place, (i.e. the gallery, a market, a square) and walks around freely. Whenever he encounters a passer-by, at less than one meter away, the radar goes off. He therefore tries to maintain a safe distance of one meter at all times to avoid any alarms ringing. The more intimate, the closer you are to them, as you enter their personal space, the more the alarm sounds. The video and mannequin (which will remain in the gallery) with the radar showing how the work was achieved raise many questions: How can we get to know each other and not remain anonymous peons in the big city? What are the limits of control on any individual in society by the state? How much of the individual’s actions are registered and recorded by the state, by hidden cameras, online, etc.

Wang Xiaofeng’s second work is done on solar panels. With the help of the solar powered engine, the photos of himself oscillate in and out of focus. The irony is that when the solar engine is at its fastest and brightest, the image is at its fuzziest and least distinct. The light on the subject is blurring the subject.

Such is the way of the arts: the artist allows us to focus on new things, but the more we focus, the less clear our vision, the more open our minds. 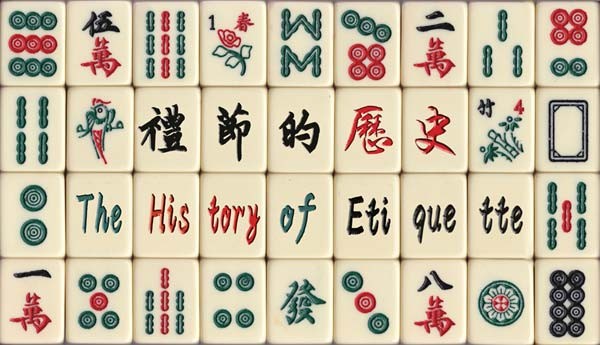 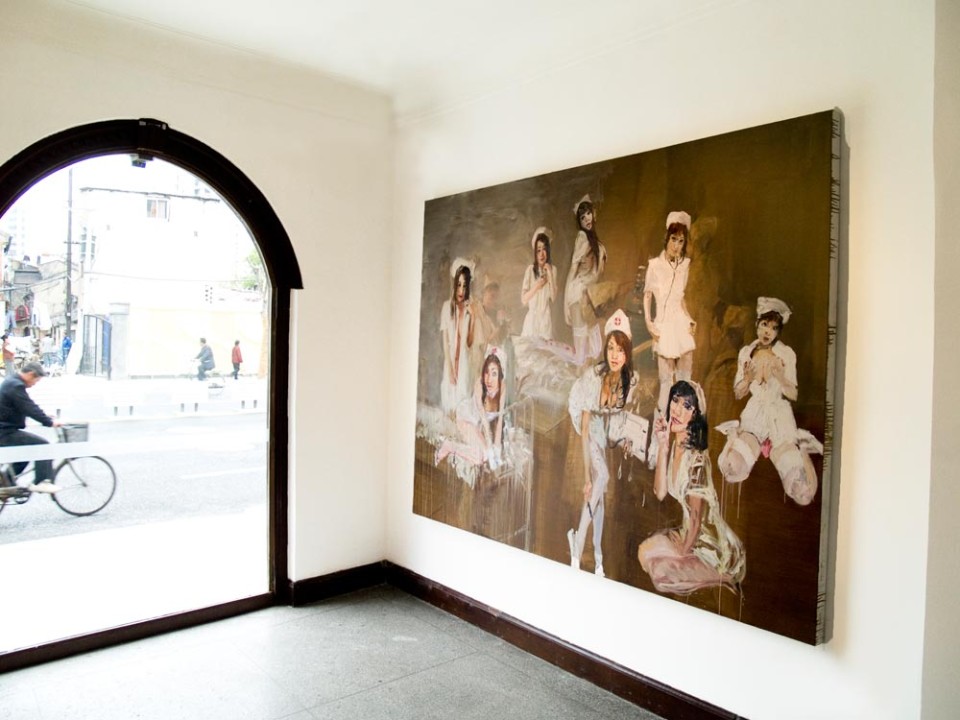 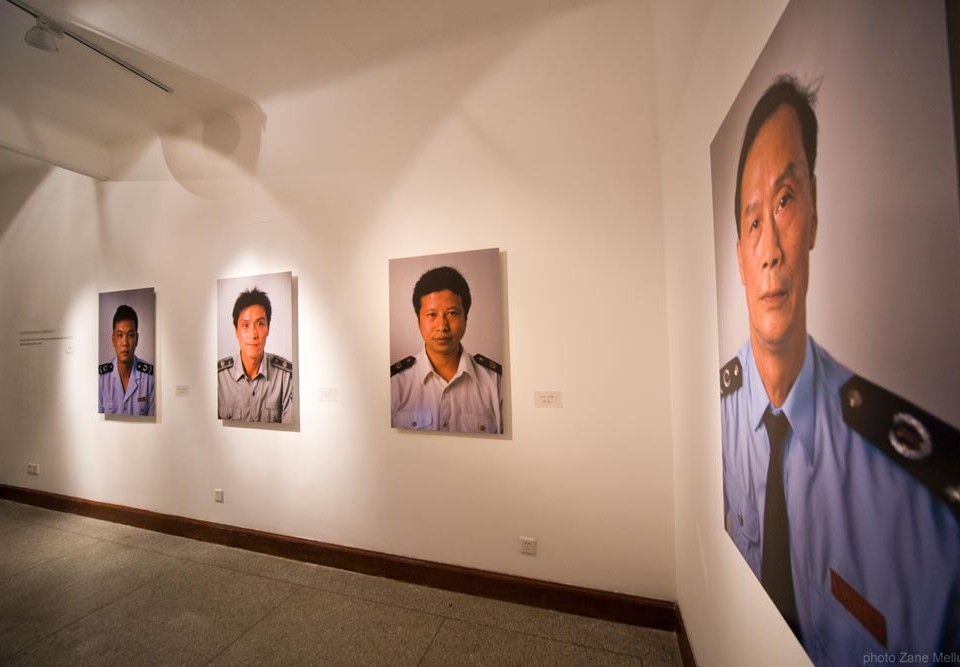 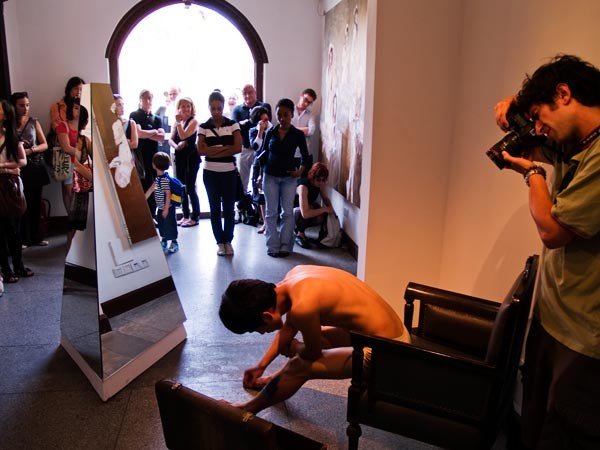 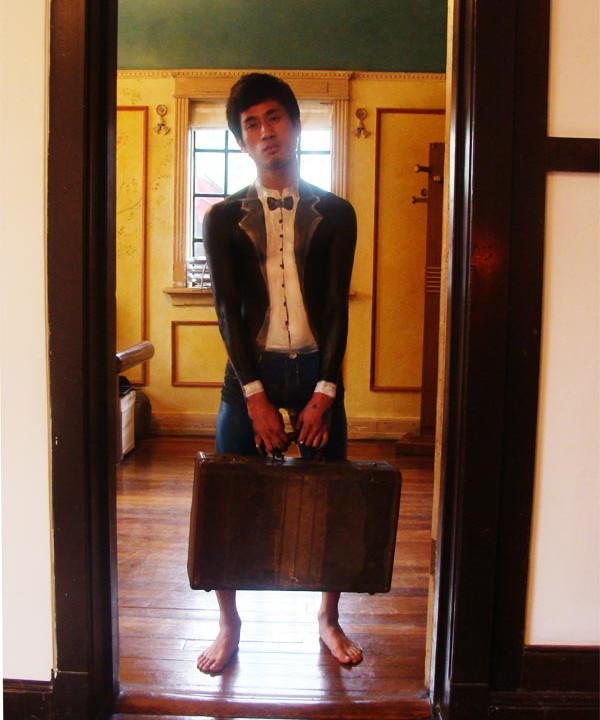 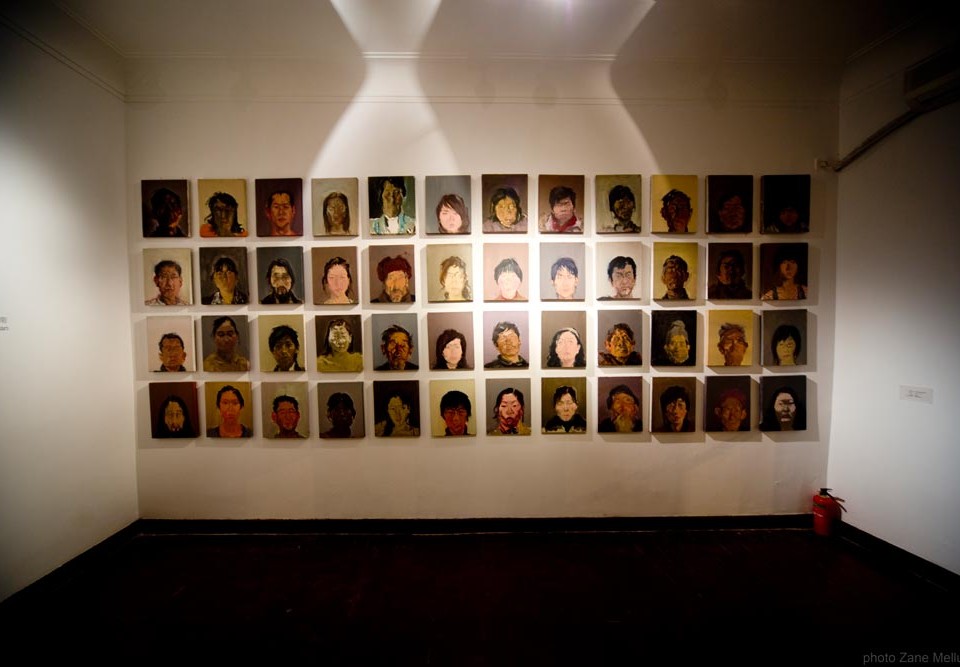 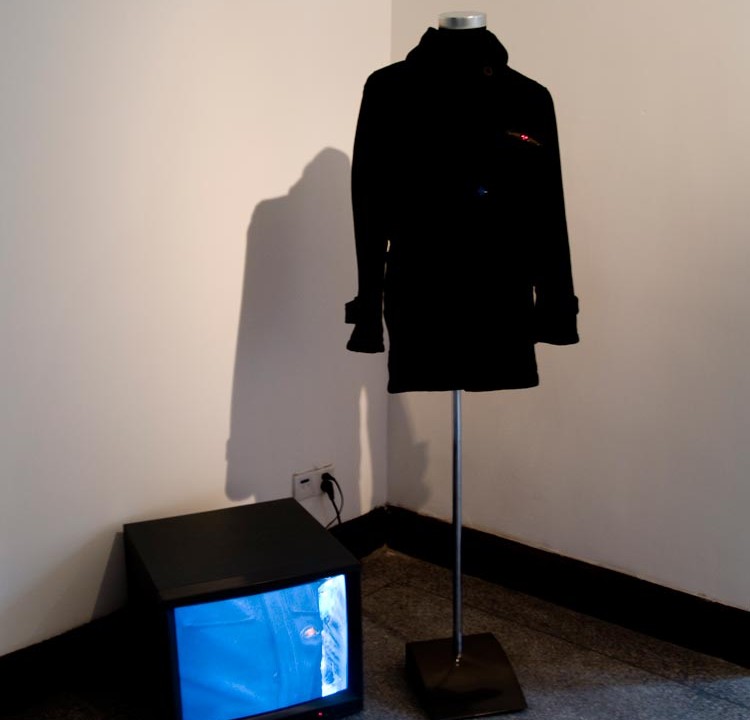 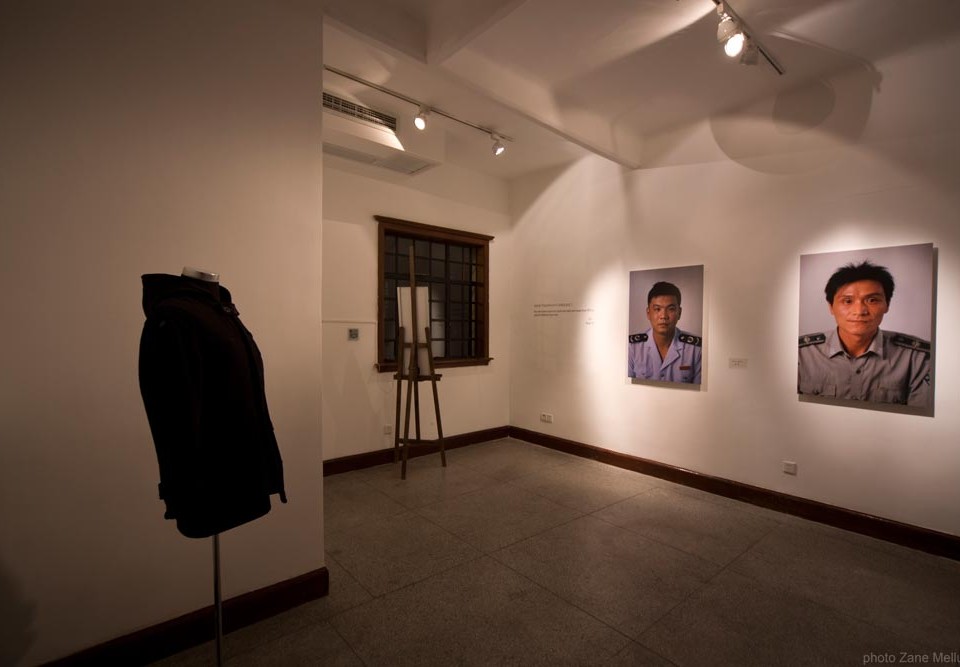 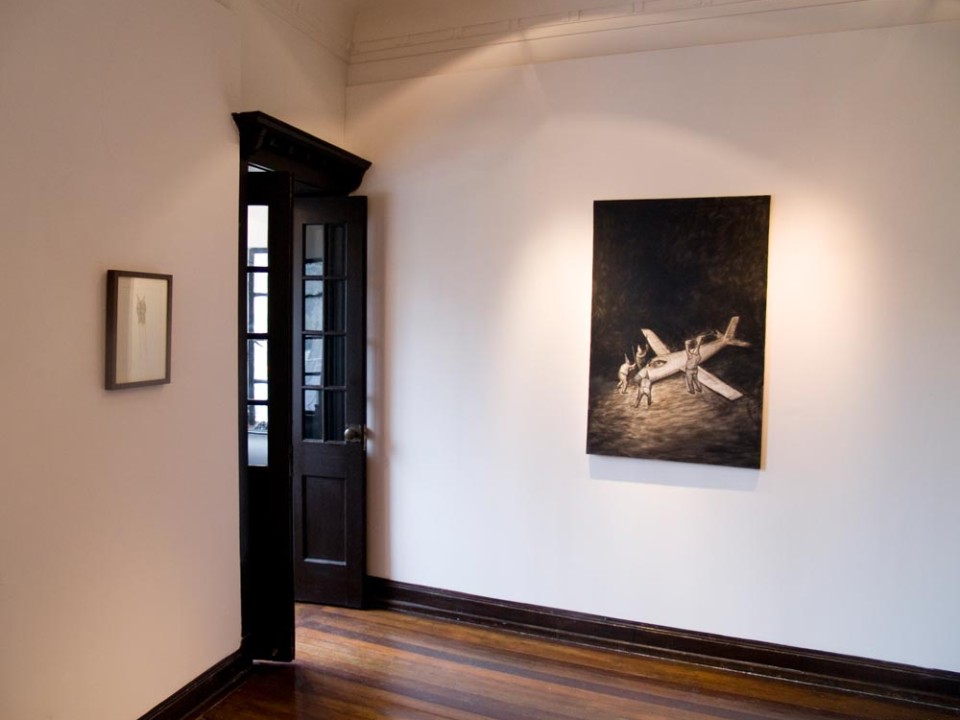 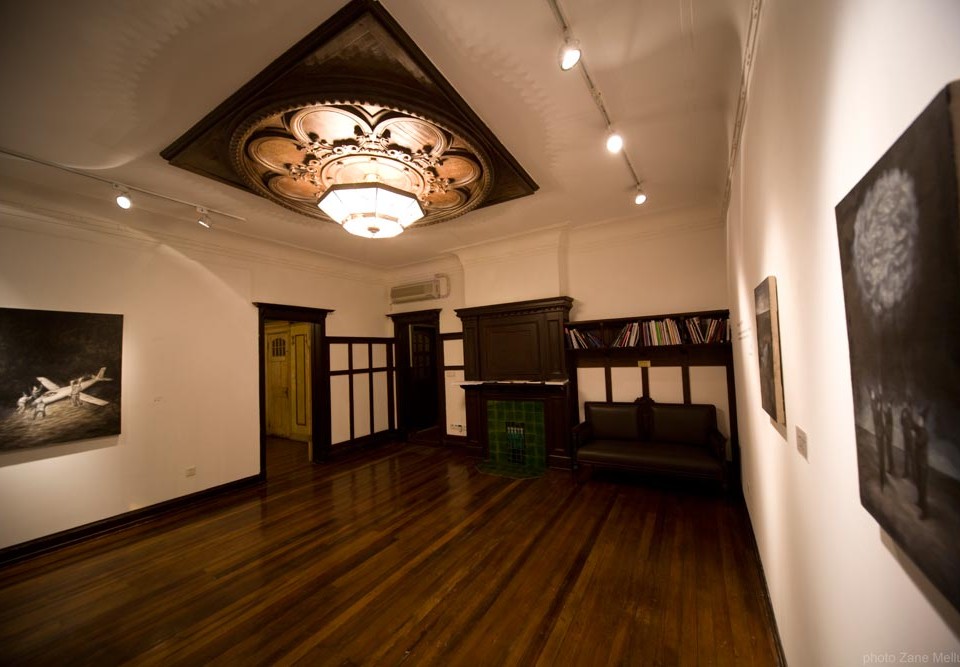