recovered 恢复 brings together the work of five Chinese artists, all exploring a common theme of the representation of the creative spirit.

Whether featuring the artist himself, as in the photographic performance captured by Dai Guangyu, or through an explosion of creativity in installations and metallic sculptures in Wu Junyong‘s work, the creative spirit reveals itself as ifa developing body of symbols and materials.

In one case, even the head of the artist himself appears like a political manifesto, as in Zhang Dali’s installation in which the artist leaves his imprint on walls destined for demolition in Beijing, the outline of his head accompanied by the mark “AK-47”, a reference to the Soviet-developed assault rifle later used illicit conflicts around the world.

The creative spirit sometimes refers to that of another artist, seen under a different perspective in the series of traced paintings by young artist Fan Jiupeng. His work is like a double-sided panel in which the viewer hovers between a representation of reality on one panel, and an imagined reflection of this same scene on the other. In the work of Li Rui, the artist’s painted works, based on the technique used to paint on porcelain, depict faces overcome by emotion. 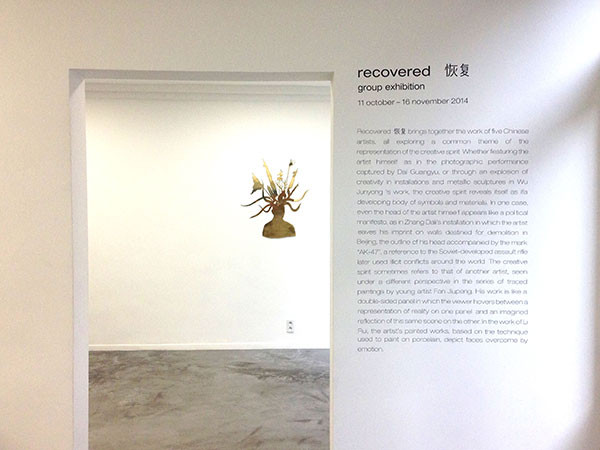 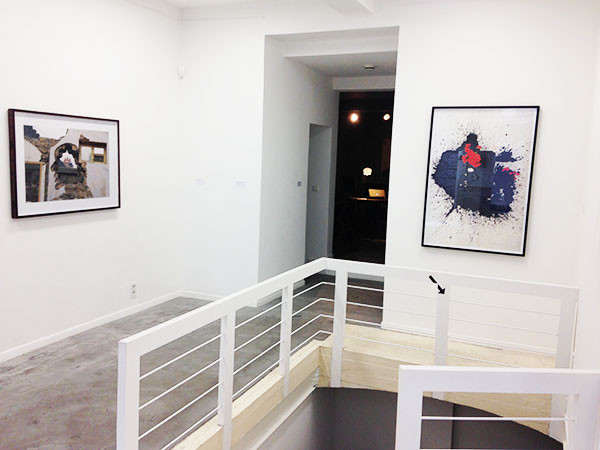 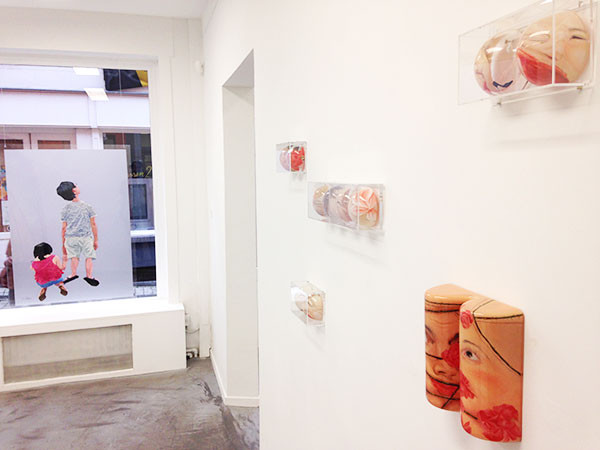 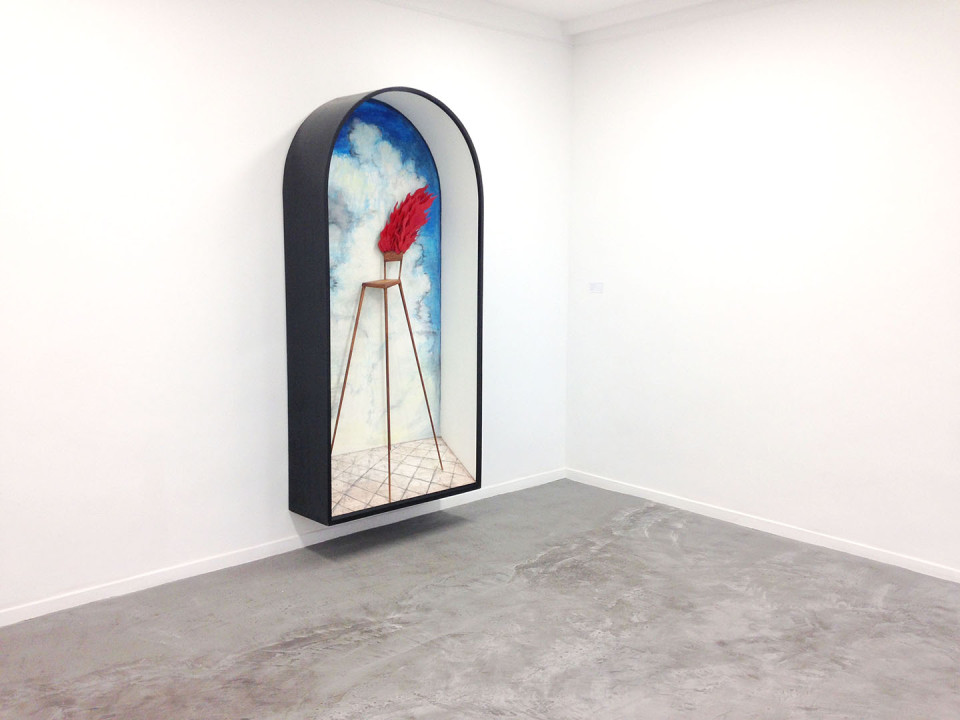