ifa gallery is pleased to present the exhibition “Bangbang and Blackandwhite”. An exhibition curated by Zane Mellupe and Alexis Kouzmine-Karavaïeff.

It is a story of Bangbang who hangs about the streets, earning 2000RMB per month carrying shop goods and private “burdens”. In the evenings he goes to Tuya Street where the beautiful Blackandwhite lives. He poses for her, getting 18RMB for 45 minutes – letting her make him more black and more white… He takes off his clothes and lies down very timidly in front of her. She looks at him for a while. Silence. It starts with light caresses, but with each moment her movements become stronger and more intense. She goes on and on, over his head, his nose, his lips, his shoulders, his thighs, and after spending her time with his penis, she finally moves back to his legs and finishes at his feet; she would like him to turn, but it is too tiring to do it for the second time. She knows that this time she will be able to turn him into her pain, her lust, her dreams, her desires…

He dresses slowly, spending a bit too much time with his buttons. Then disappears in the fog of Chongqing – slowly silently and proudly. He could be anyone – a monk, a king, a shop assistant or a real estate agent. He walks till the next crossroad where he leans against an electric pole – the only free left in the whole alley.
At the very end of the day after a small little hotpot, he gets together with his friends in a cellar teahouse where he speaks his mind and plays… Chongqing is a place where a revolution could begin…. he forgets about Blackandwhite……. and when they meet for the next time he will carry frames and clay, not even recognizing that it is her.

Bangbang and Blackandwhite is an exhibition presenting four female and two male artists based in Chongqing – all of different backgrounds, different generations, and employing different techniques. In this exhibition they are brought together by the bangbang – a special character of Sichuan – and black and white – the color spectrum of their artworks. Each of the artists has a refined trip of mind to reveal.

Fu Yuxiang takes out “charming dog”, one of his many animals that have so much to say.

Pang Xuan, after taking a long walk along the street of video, performance and photography, guides a trip in ink calligraphy with the use of a pencil.

Zheng Yu gives us a glimpse into her life’s only series of artwork – the depiction of a mythological place, located at the spot where the sun rises. She builds it slowly, step by step, with very strict rules for people to enter. If you are lucky you could meet her there – sitting next to Hongyi Fashi. 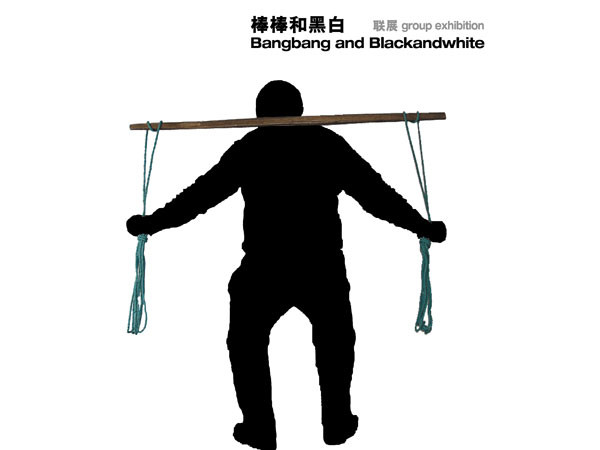 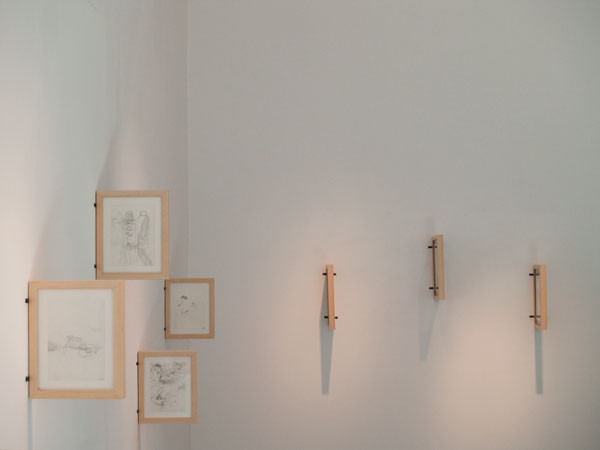 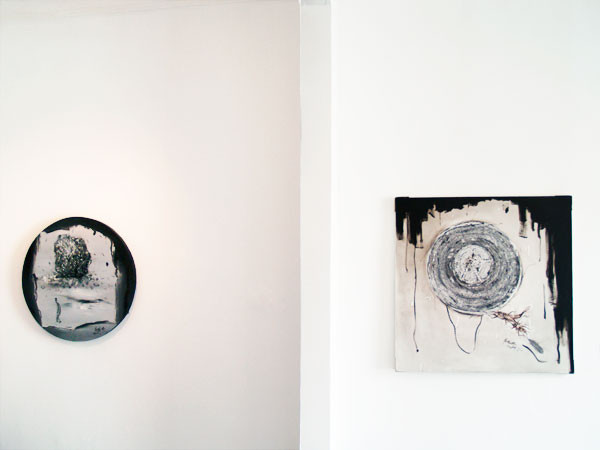 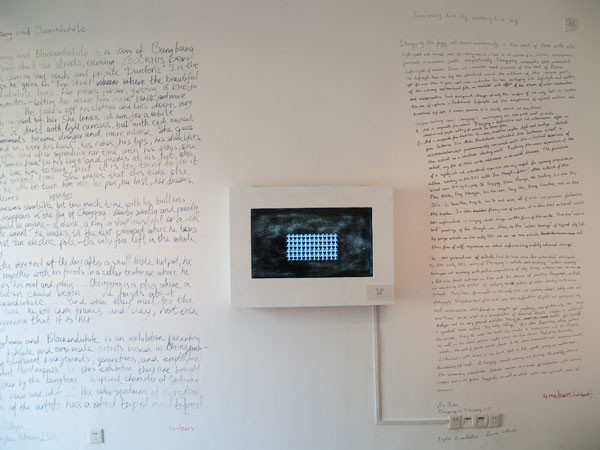 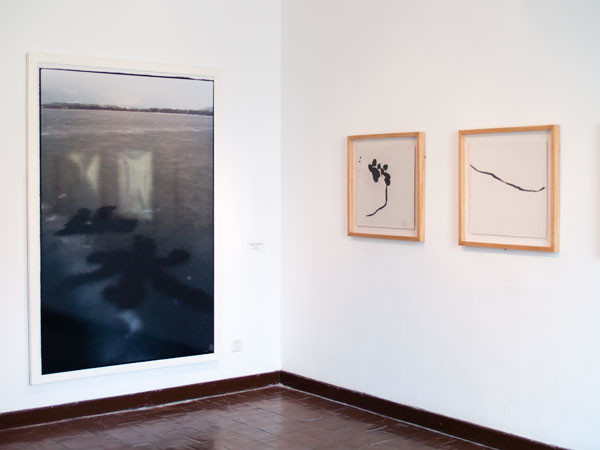 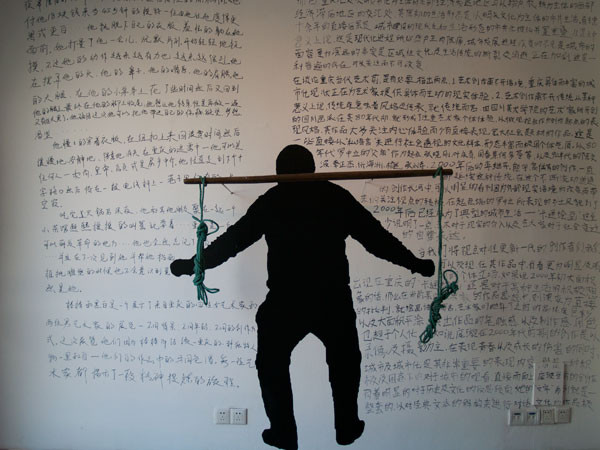 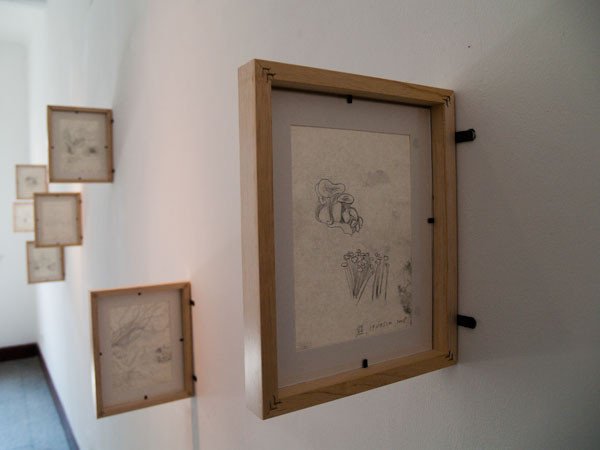 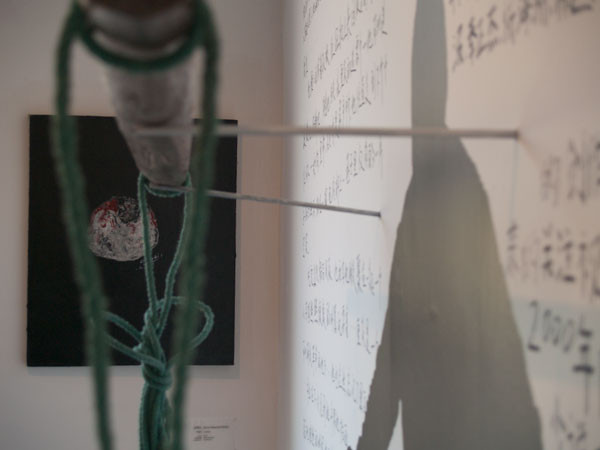 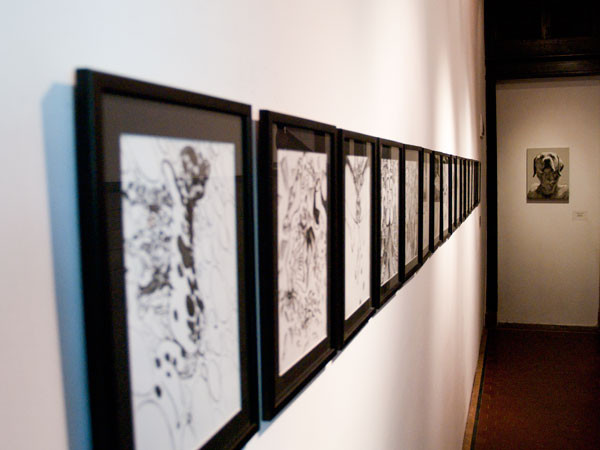