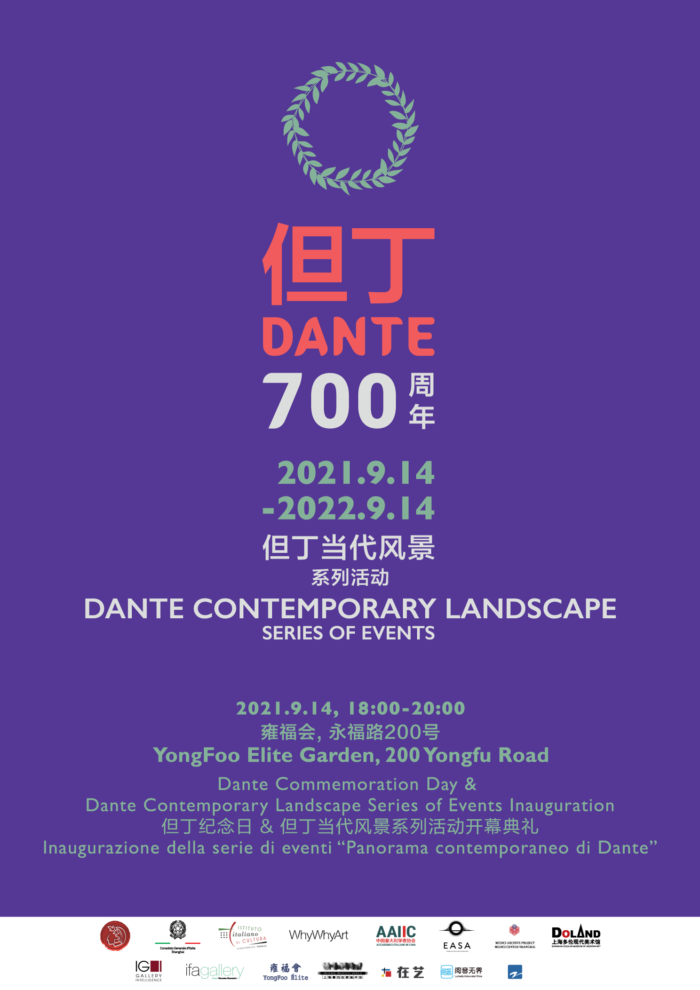 The Italian Government was represented by the Italian Consul in Shanghai Mr. Rocco Carlo Genchi, whose presence emphasizes the importance of the cultural exchange among the two countries, in particular in view of the incoming Italy-China Year of Culture and Tourism.

The year 2021 marks the 700th anniversary of the death of the medieval poet and philosopher Dante Alighieri, precursor of European humanism and key pillar of European cultural heritage. Dante’s Divine Comedy, a landmark in Italian literature, is among the greatest works of all medieval European literature and it has been translated into more than 130 languages. Dante’s profound vision of Heaven, Hell and the human voyage through different circles and spheres has left eternal mark on how we think about human life and see it projected on the eternal landscape. In that sense Dante’s works were “contemporary” in his time, and are contemporary still nowadays.

In these series of events, over the period of one year, the question “What is the contemporary landscape of Dante Alighieri?  is answered by artists, researchers, scientists from around world. The geography of selected artists will parallel the influence of Dante’s work as it spread through Italy, to Western Europe, to Middle East and Northern Africa, and to regions further from Italy, like Eastern Europe, Russia, China and other Asian countries on one side, and Australia and the Americas on the other side.

Over the centuries Dante has inspired artists, scientists, philosophers, and writers. The influence and contemporary interpretation of Dante’s Divine Comedy is one of the main focuses of the series of events and it still nowadays raises up the discourse between art and science.

Each of the formats in this series of events will reveal different aspects of Dante’s heritage, as well as show comparative cultural studies. Exhibitions featuring international modern and contemporary artists will portrait Dante’s imagination of the afterlife world. Several types of forums will deepen Dante’s cultural heritage both in the sciences and the humanities, together with a series of dinners exploring the steps of Dante’s turbulent political life and the bitter experience of exile. The event series also has the pleasure of inviting and hosting leading figures in the field of literature and science,  unfolding complexity and cross-cultural dialogs.

The art and science exhibition’s structure will follow the metaphor of “air shower” documenting the spread of Dante’s work and its influence. This idea is based on a premise that ideas travel, spread, influence and are an impulse to new offspring of ideas. This methodology allows for theoretical analysis and bridging of artistic and scientific events happening in different places.

These events, celebrating the genius of Dante, are part of a series of Sino-Italian cooperation initiatives that will realize a cultural discussion among Eastern and Western, while launching the message that art, science and literature are borderless and help us  overcome difficulties and build better bridges for us and generations to come. As the physicist Carlo Rovelli, one of the intellectuals who will take part to the forum events, said, ”Poetry and Science are both creations of the spirit that create new ways of thinking about the world, to make us understand it better. The great Science and the great Poetry are both visionary, and sometimes they can arrive at the same intuitions.”

Let’s celebrate the contribution of the great poet going beyond space and time boundaries, let’s embrace the universality of human trip through the life. 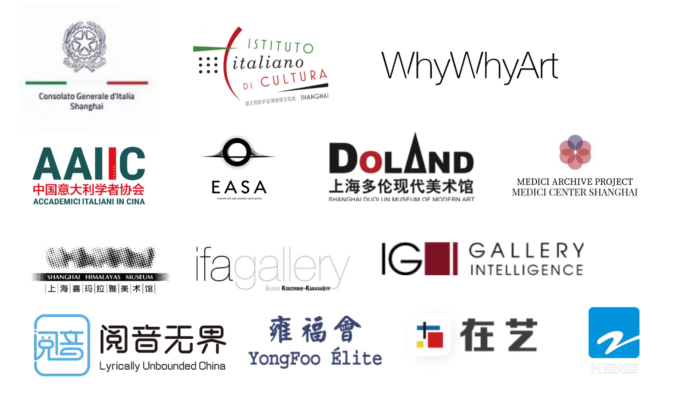