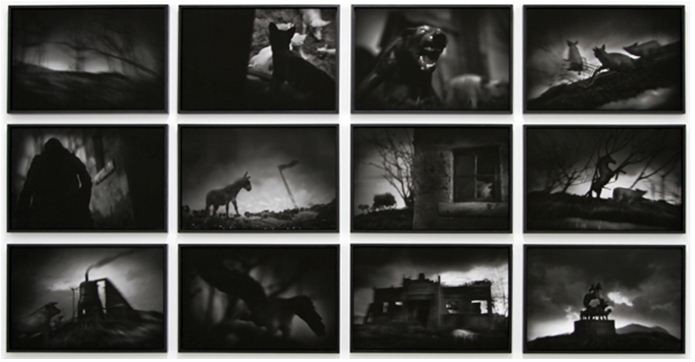 Xu Zhe’s ‘Lost Horizon’ series is inspired by authors George Orwell, Italo Calvino and filmmaker Béla Tarr. This prominent landmark series surveys these influences and the reincarnated emergence of these influences into a solemn, sombre and grief stricken series.

However each of his influences does not follow any specific plot of these authors’ novels, rather they have a transformed and a personalised feeling to them, with the influences dissolved throughout the entire series.

For a superior appreciation of Xu Zhe’s work these influences ought to be understood. His use of photography holds a documentary feel, as in recording geographical locations, however Xu Zhe remains to hold a subtle but poignant mysterious essence in his work that idles the viewer.