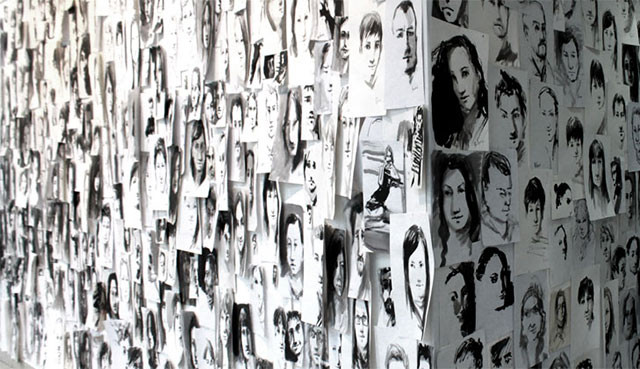 In 2013, I decided to start a money-free worldwide tour with this project.
At this stage, I completed the tour going through 39 countries all over the world making over 5,000 portraits and receiving the same number of gifts.
However, there are still many countries to which I did not go, and I decided to continue the trip.

To see if Sergey Balovin goes to your city in a near future and make an exchange with him, please visit the link balovin.ru/en/.