‘The mind of a painter should be like a mirror […]’ advised Leonardo da Vinci. In his new body of work, Alexandre Ouairy invites us to reflect on ourselves and the meaning of the representation in art.

In the age of social media and selfie craving, what are we really looking at – or for – when we observe an image?

In “Les Narcisse”, the canvas – some non-reflective glasses – become transparent. The medium itself disappears, leaving a floating image reflected by a mirror paint. At first, the viewer does not necessary see his/her own reflection, but what the mirror reflects depending of the viewer position in the room.
The viewer becomes actor as he/she can decide what to observe, and leaving no choice but a frontal confrontation with his/her own image when facing the work. The painting itself is relegating to a second plan.
An interplay between observation and “being observed” is initiated. One can simultaneously be viewed, and become conscious of his/her own act of observation. And the overall principle of image representation is gone, as what the work reflects can only happen once for each unique viewer, leaving him/her with only a moment of reflection – both literal and metaphysical.

With Ouairy’s work, what seems to be is not. The works echo the series The Aesthetics of Chaos, Ouairy’s previous show at ifa gallery en 2016, where black monochromes revealed an actual black on black photography for viewers patient enough to let their eyes adapt to the precise duotone colorimetry. 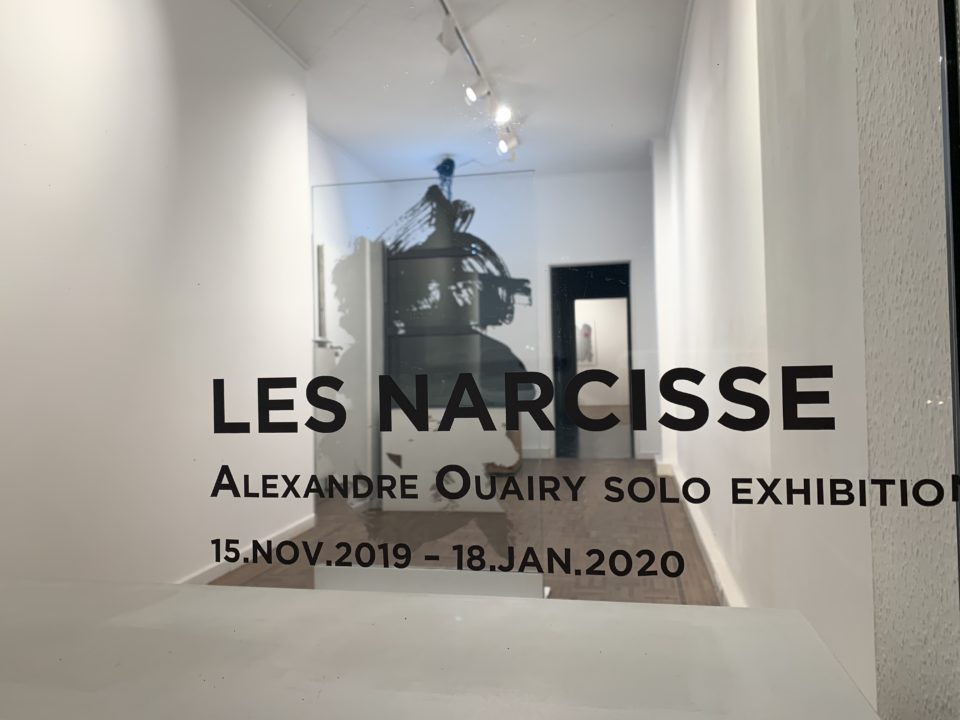 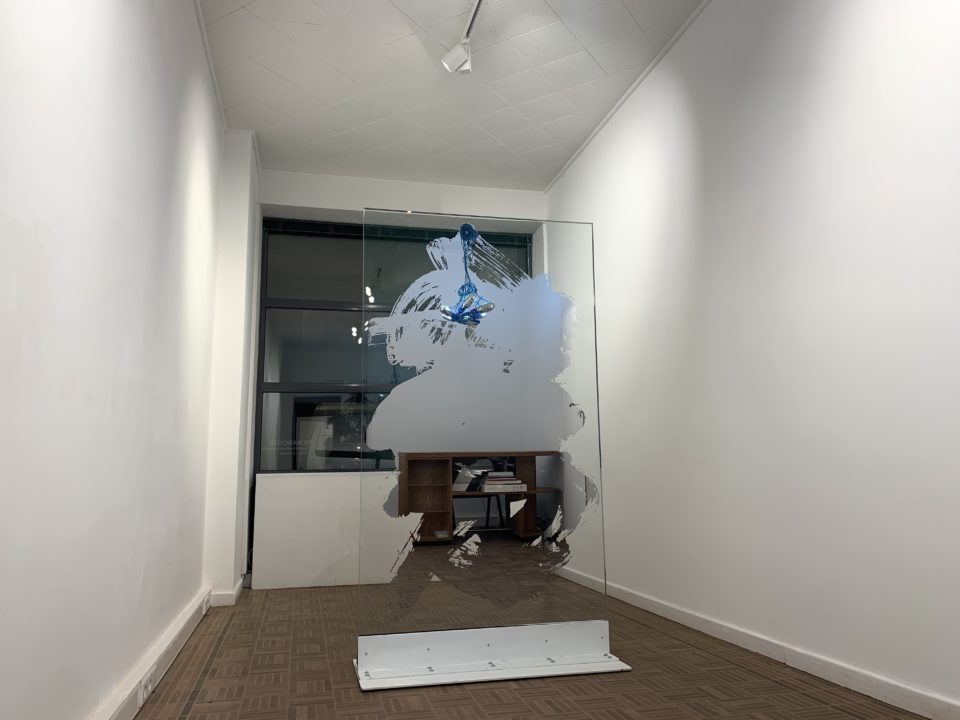 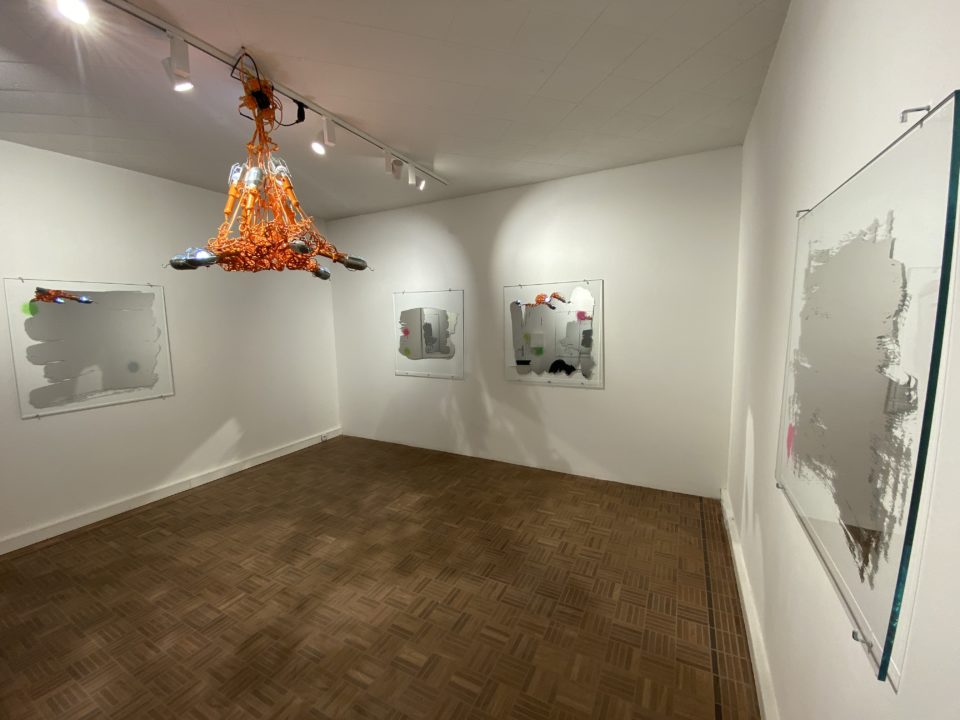 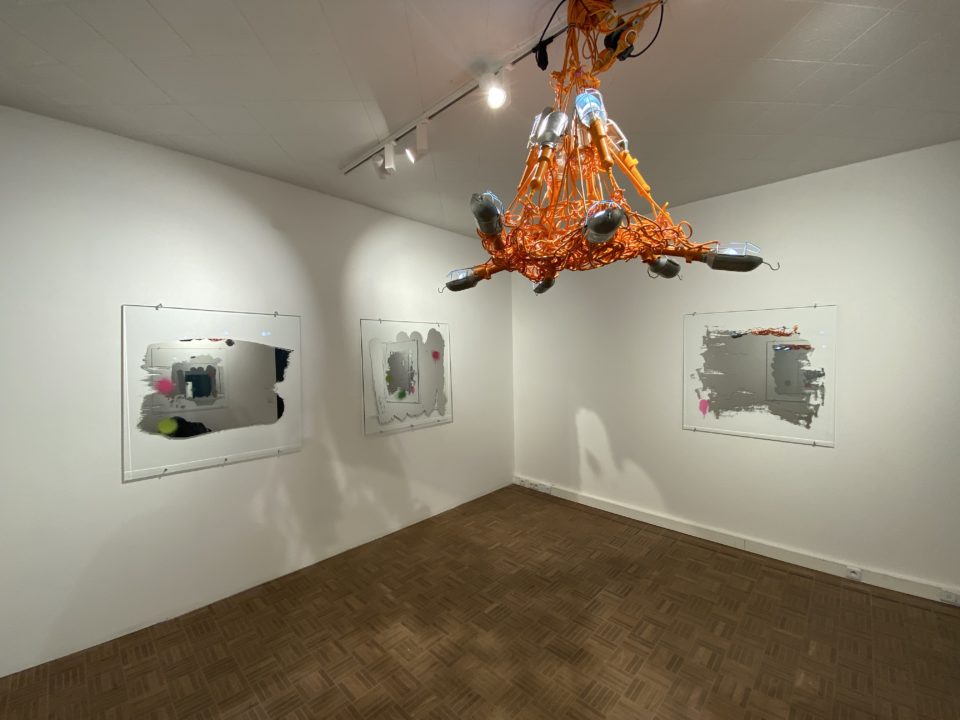 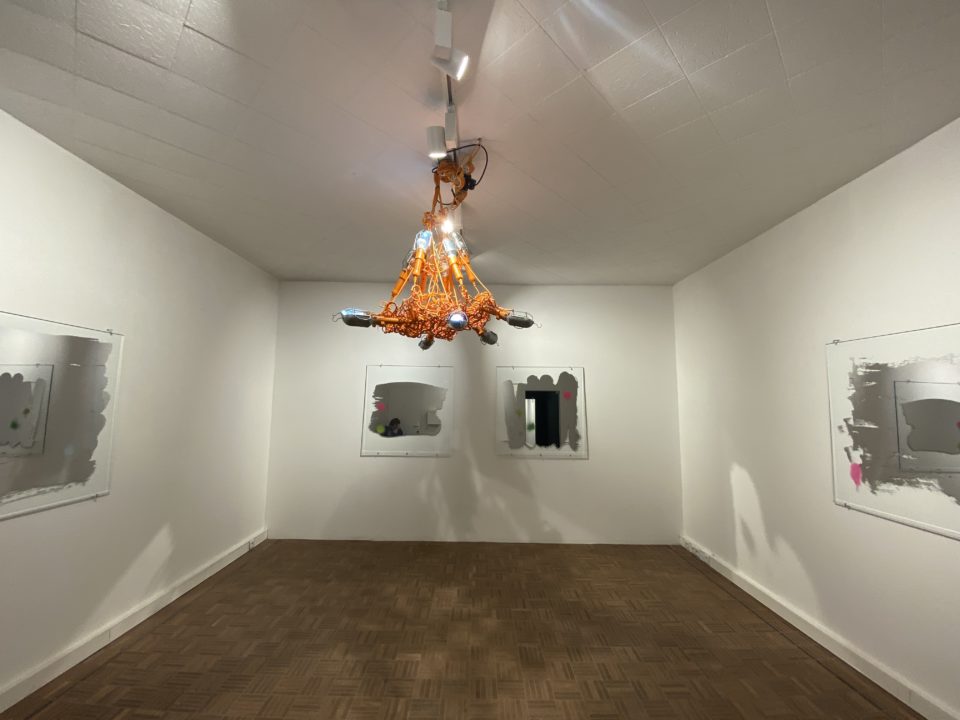 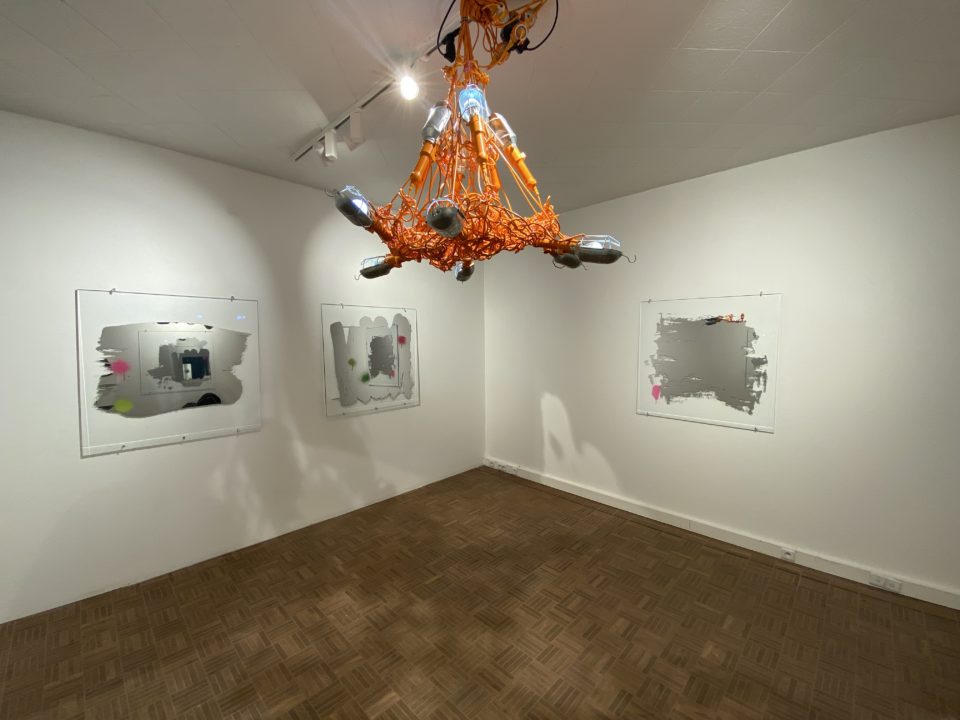