ifa gallery is pleased to present the group exhibition curated by Marie Terrieux.

One can observe a distinct tendency within these last few years of contemporary Chinese art, to only depict society and its clichés, the radical social and urban transformations, or to constantly revisit the themes of the cultural revolution and Mao, by doing this with a clear commercial goal. This attitude has often been at the expense to a younger generation which is apparently is not obeying the dictatorship of the market, but is orientating itself towards independent art, free and sometimes even funny.

To begin with, the idea behind this exhibition was to present a selection of humoristic and cheerful works. After meeting these young artists who have graduated from the Academy of Fine Arts of Beijing and Hangzhou, the common denominator became not only humour, but rather the diversity of human feelings and emotions which grow from sadness to insanity, the introspection all the way into laughter and irony.

The young woman trapped in a room in Wang Xin’s video reminds us of solitude, but also of the impossibility to escape from a stranglehold and from the rules which are self-imposed.

Tang Huimin suggests another version of madness by asking different individuals to pose while imagining themselves insane. On the other hand, Ma Xiaoxiao is analysing yet another type of set rules, those of the daily schedule : she asks 8 people to sing out loud their day and the fragments of their time.

This work of introspection is found again in Li Hao’s the selfportraits, where he is playing with his shadows and the different sides one same person can have. Alongside these rather serious visions of the human being and the study of its attitudes and psychology, Wu Junyong makes us smile or even laugh with his small burlesque character who crosses oceans and time periods, laughing at everything, above all at himself. One has to appreciate the technical and pictorial quality of this animation film: each picture is greatly elaborated and assembled over many months, until it becomes a very attaching work of graphics and sounds. All these various emotions would not be complete if it was not for the state of almost naive joy which comes across through the installation proposed by Wang Xiaofeng: the huge flashing light-tower.

This freshness and independence of spirit are reassuring as of the possibilities of contemporary art and of Chinese art today; these different moods are simply the expression of a life, and of the different comedies, which inhabit it. 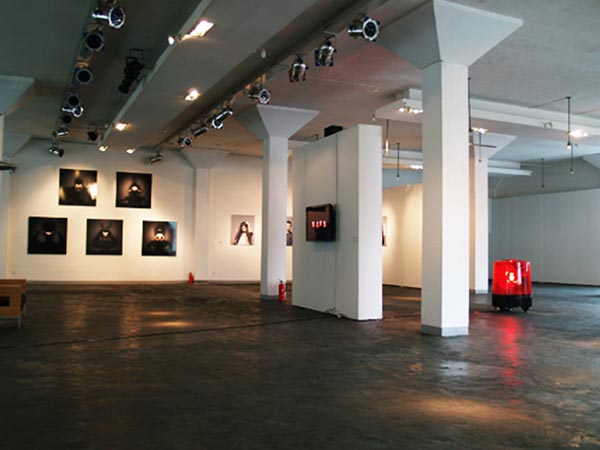 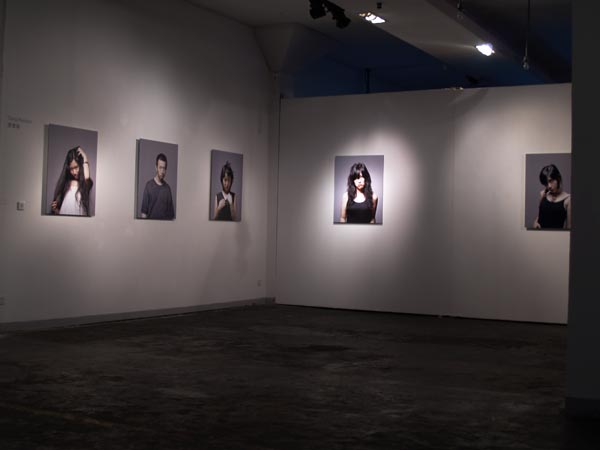 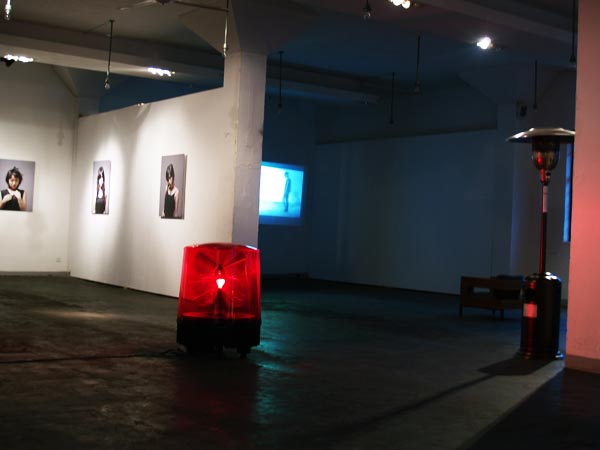