On the occasion of its latest group exhibition « 1000 apertures & 1 visage », ifa gallery proposes a panorama of artworks in which are evoked various symbols of “passage”, a subject that has inspired many artists throughout the ages.

From the geometric structures of the Gao Brothers’ photography works, to the surrealist installations of Wu Junyong, the metaphorical ink paintings of Dai Guangyu or the enigmatic pieces of Zane Mellupe, the theme of passage is subject to a rich symbolic language, including revelation of a new world and of knowledge. In this exhibition, in contrast to one thousand apertures, just one face: the self-portrait of a young man of frail physical aspect, penetrating stare and neglected beard. A bunch of keys around his neck, does he hold access to another world?

In painting, symbolism of passage has often been associated with the image of a bridge.

In the 19th century, for impressionist painters, the bridge is a much-used motif, as the very subject of the painting, on the one hand a symbol of industrial development, on the other a subject of light composition and reflection. During this period, beyond the structured canvas medium, the bridge represented the idea of transition. It is the place of passage from one place to another, between two worlds (whether these be concrete or abstract), the known and the unknown, darkness and light. It is also access to a fundamental space, a road to transformation.

Wu Junyong (1978), graduated in new media from the renowned China Academy of Art in Hangzhou, has created his own surrealist universe, partly inspired by Flemish renaissance painting. The artist, fascinated from the outset by the art of video animation, constructs his world through other mediums including painting, drawing and installation art. His artworks narrate stories with the help of symbols taken from both oriental and Western myths and legends. For this exhibition, the artist proposes an installation from a chair, the back of which is set on fire. Wu Junyong opens the window to a world mirroring reality in which the dominating power, symbolised by the high chair, will submit to domination.

Zane Mellupe (1981), based in Shanghai since 2001, has been exploring the photographic medium since her early years. A Sinology graduate from the University of Latvia, the artist experiments with a variety of mediums. In her work, Zane Mellupe questions the image, the object and the body, three of her prefered subjects. Her installations and mixed technique photography reveal the hidden messages of our emotional language. In the work « This is how a sentence could look like. Or illustration of thoughts », the naked body of the artist is buried in luscious vegetation. Upon the printed then drawn surface, holes are visible, missing pieces of existence.

The Gao Brothers (born 1956 and 1962), internationally renowned artists, continue their exploration of Man within society. Marked by the Cultural Revolution (1966-1976), the two brothers present in 1989 their installation « Midnight Mass » at the exhibition « China/Avant-Garde » (at the National Gallery of Beijing), launching a long and dynamic career. The duo showed « The Utopia of Construction » in their solo exhibition presented by ifa gallery last September. The works shown represented multiple geometric structures containing parcelled lives, isolated from each other. Exchange is impossible; opening towards others is inaccessible.

From an early age, Dai Guangyu (1955) received a traditional values and education from his father. His paintings, installations and performances using contemporary technology are a reflection on traditional Chinese art, currently waning. “Ugyen Paper” is a piece resulting from an evolving installation, presented at Art Paris in 2014. During the salon, on a white surface, Chinese ink flowed until entirely covering the artwork before revealing in the process an ancient text. Taught over centuries in schools, this ethical educational text of 1000 characters was banished from the education curriculum at the outset of the Chinese Popular Revolution in 1949.

Fan Jiupeng (1981), graduate of the Central Academy of Beijing, studied expressionism under a well-known master of the discipline, Liu Xiaodong. The artist carries out numerous portraits and self-portraits in which the traits translate, with a humorous touch, the emotions of the subjects. His paintings and drawings evoke current-day society, everyday life, Chinese youth, of a generation struggling to free itself up against family pressure. In the self-portrait “Youth with keys”, Fan Jiupeng aspect expresses bitterness and indifference. Representing himself as blasé, the artist evokes the vision of youth towards the future, an uncertain future. 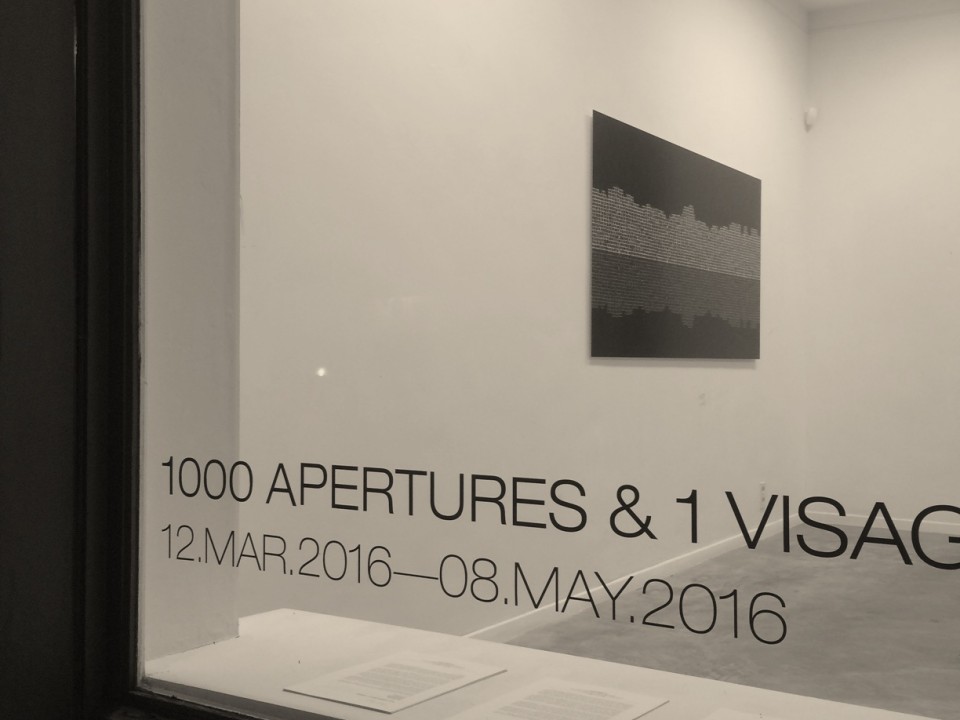 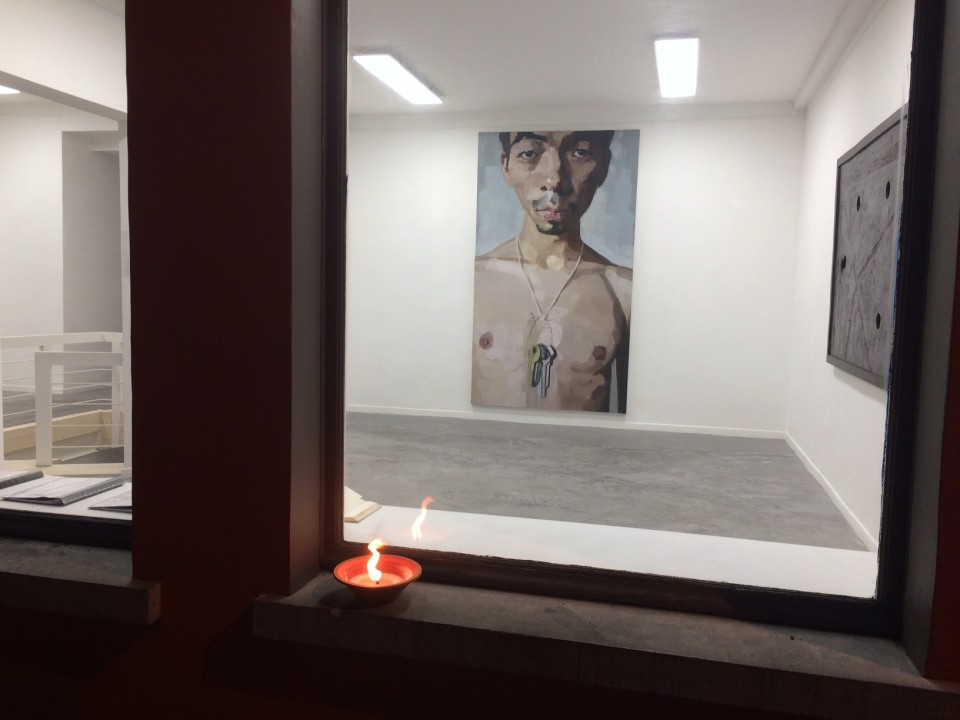 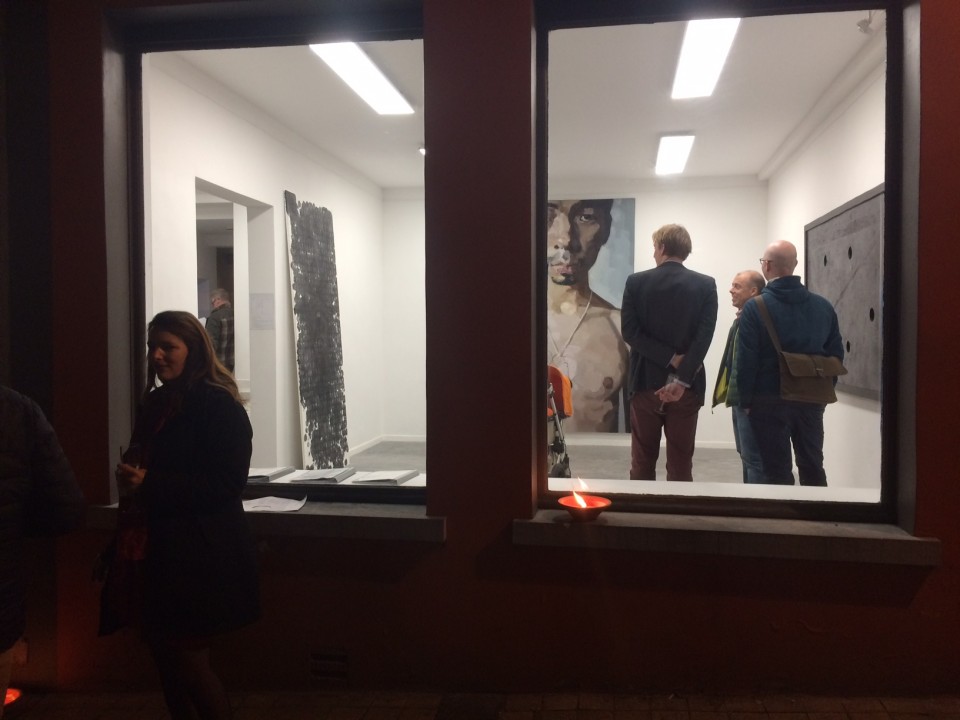 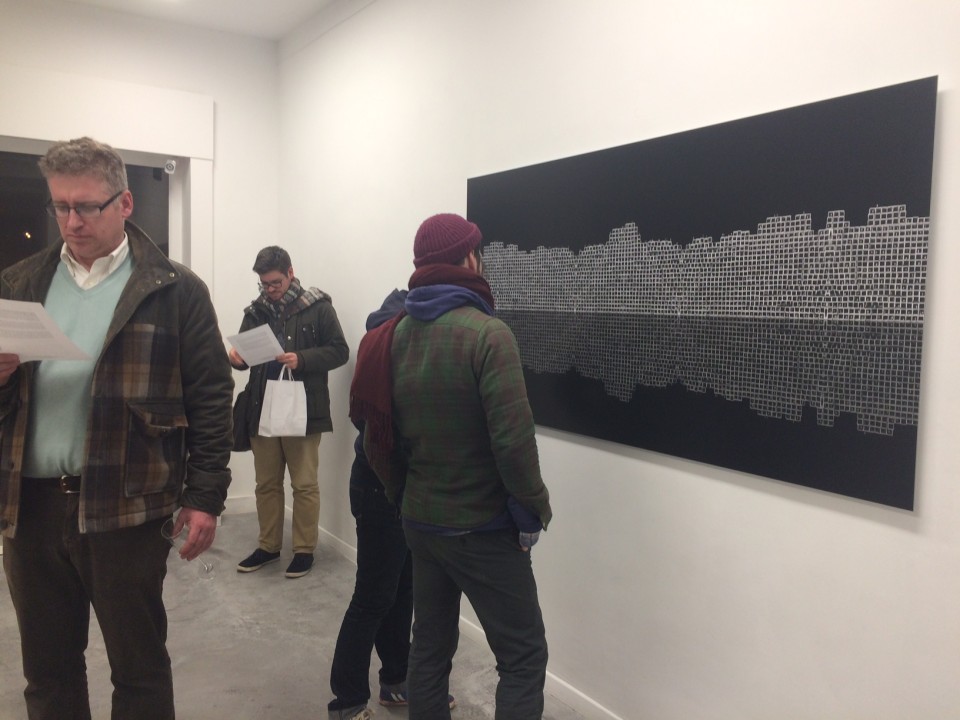 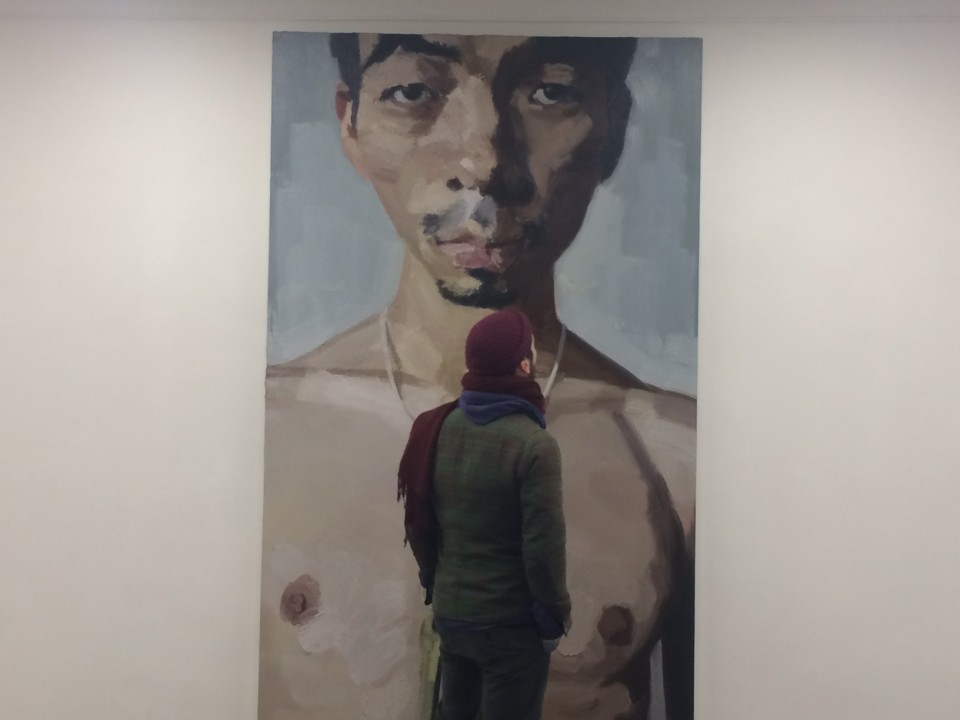 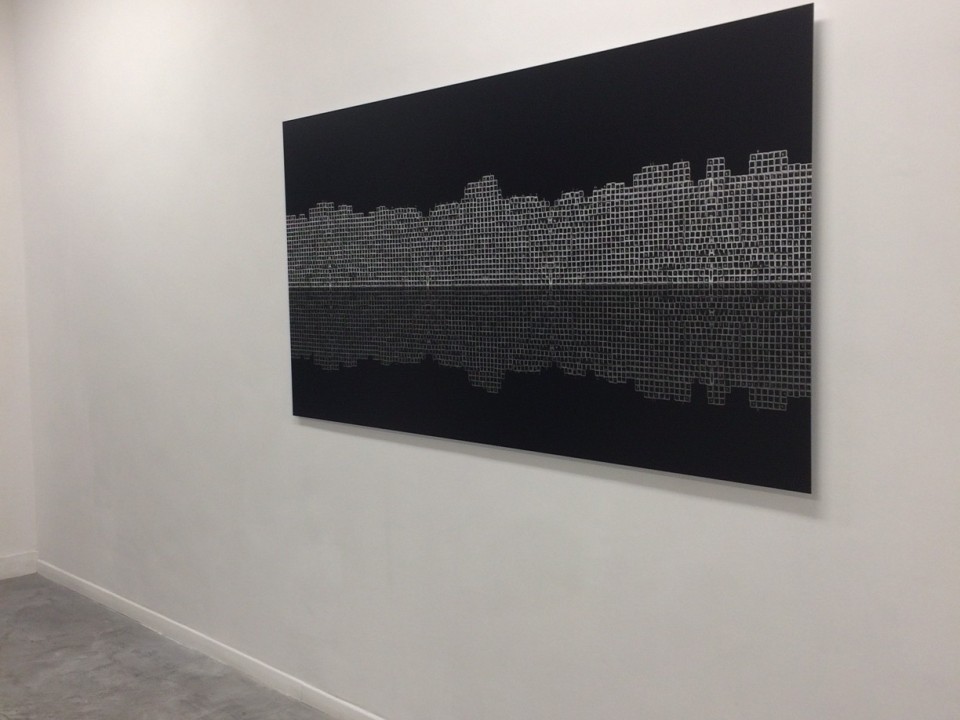 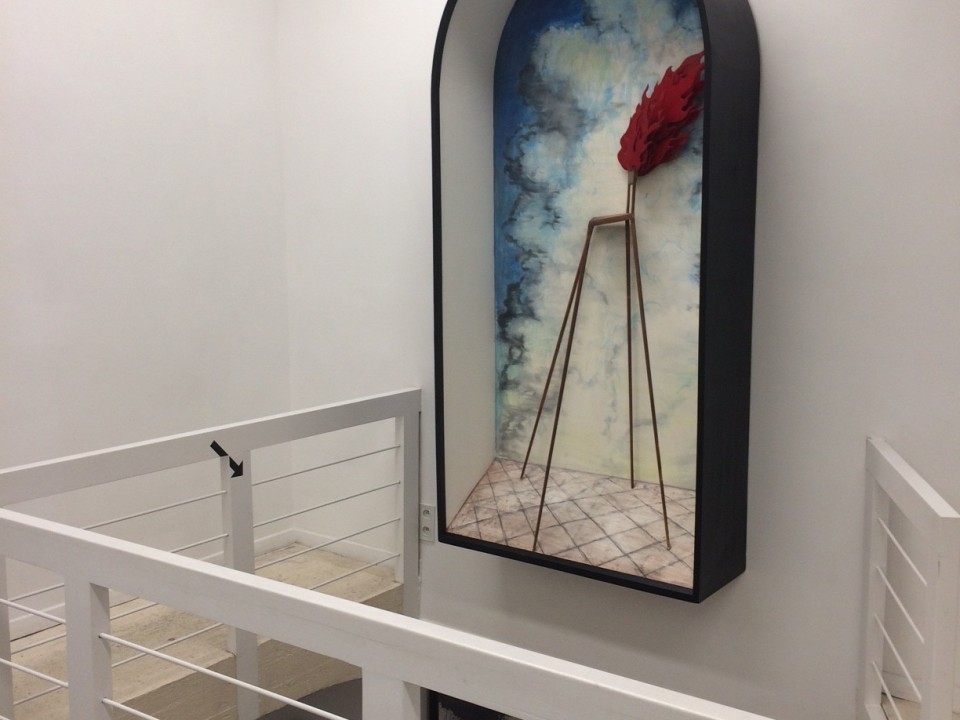 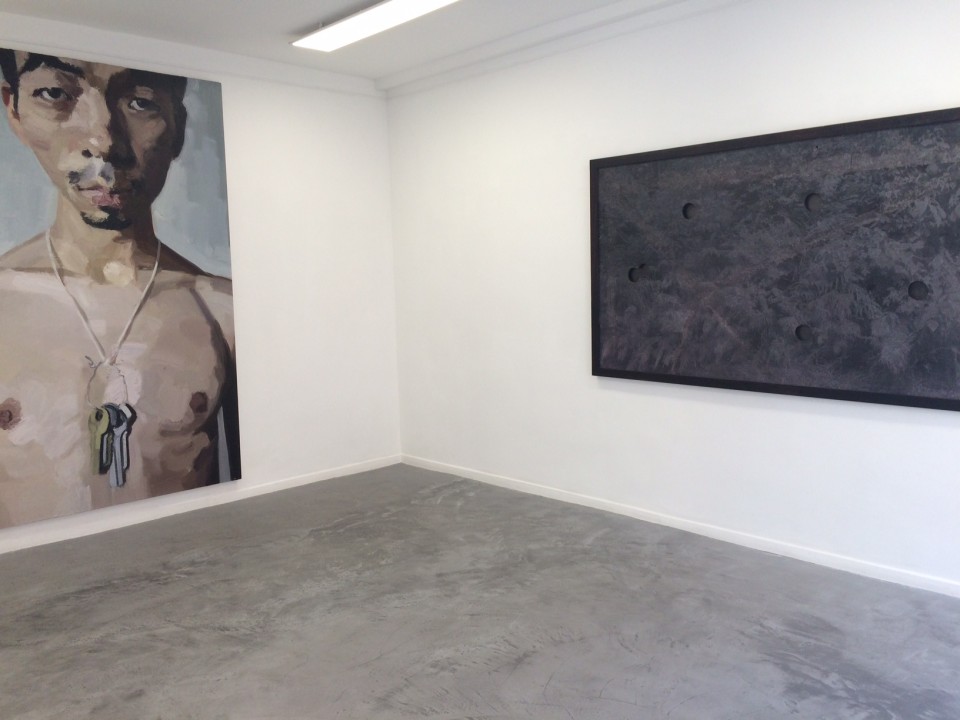 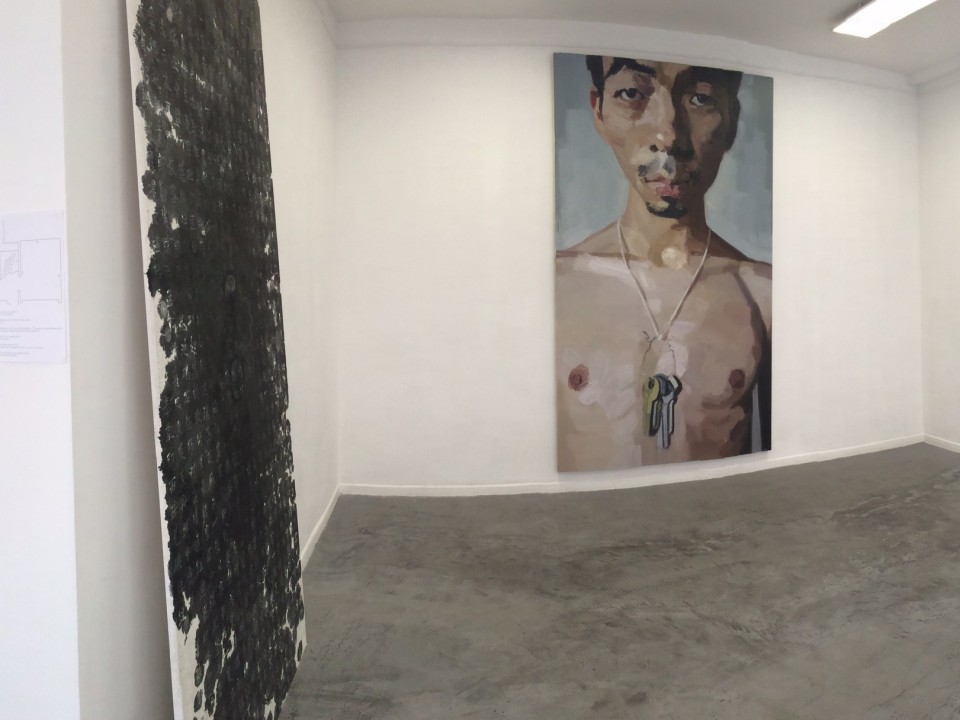 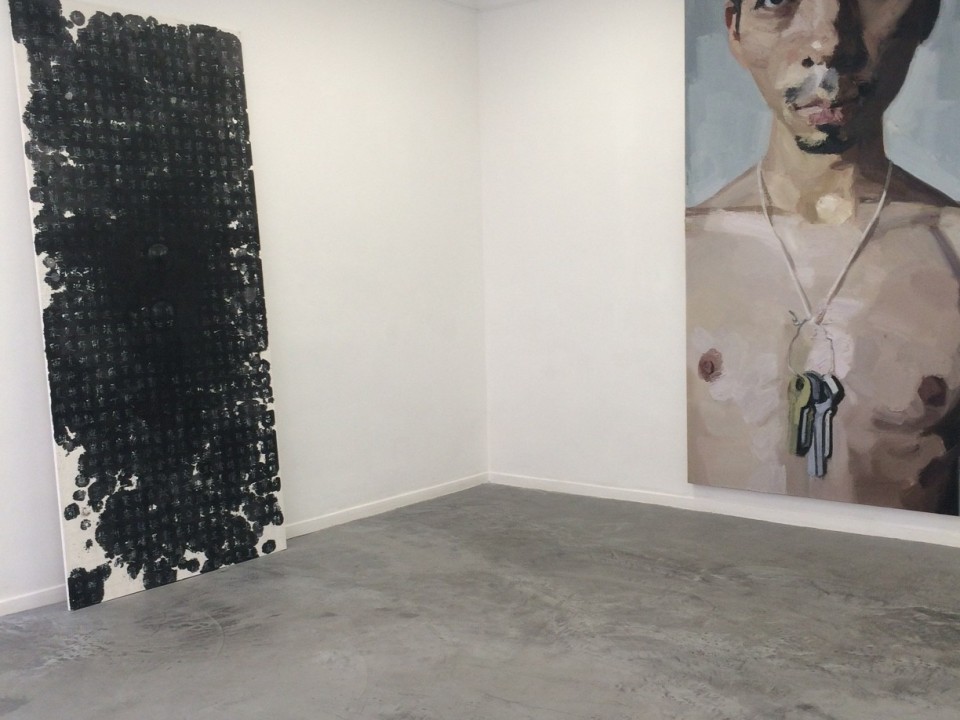 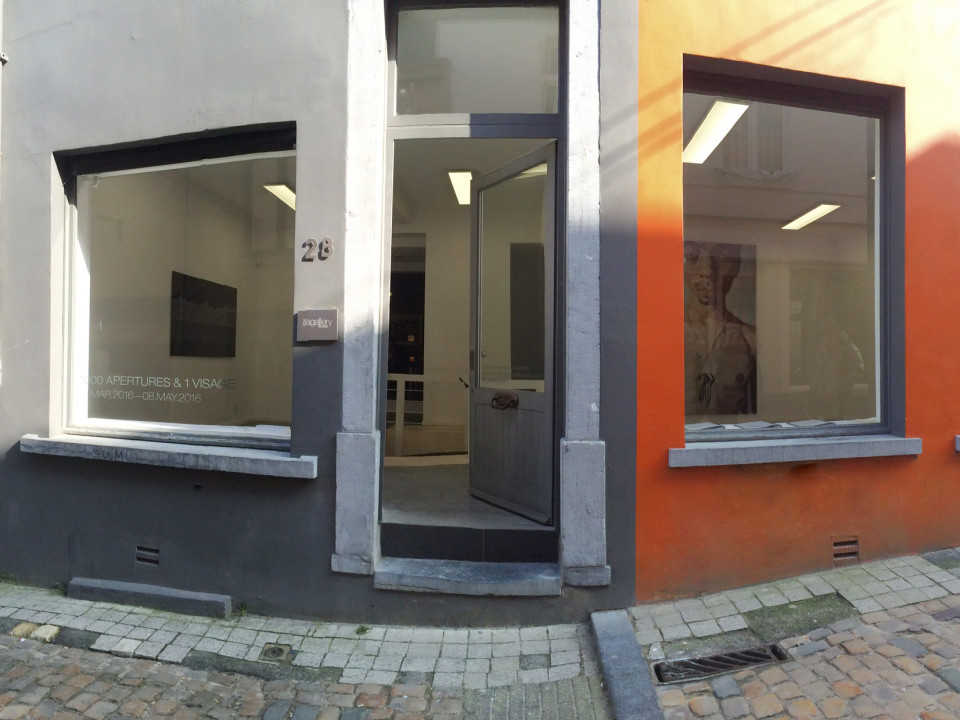 The Aesthetics of Chaos