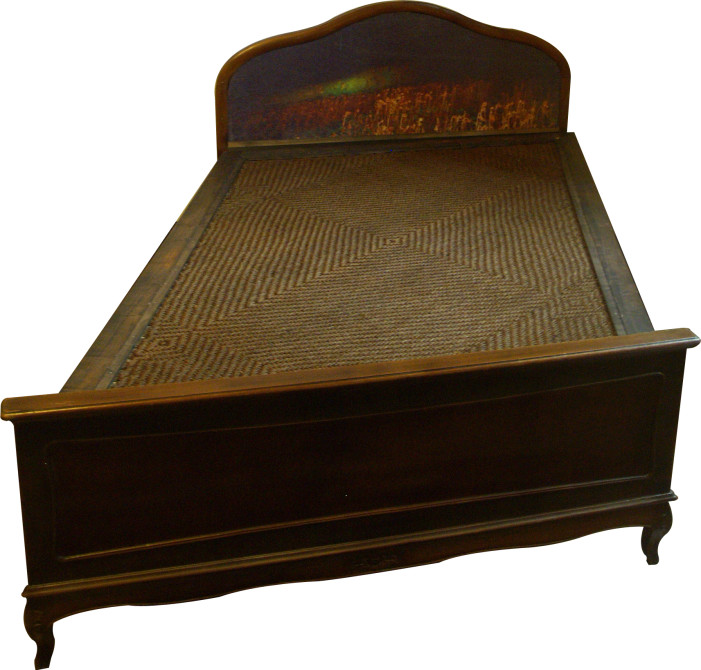 Your Feet and Sunflower Field

A series of works where I print images on objects depicting the drift of imagination – I take a picture of a part of a chair and then print it on the same chair, ’returning the image to the object’. Another parallel with literature – Metonymy – as the object is also a resemblance from the past that in its current situation has changed its form.

Gradually looking back in time, the things in the past change their appearance. Freud developed a theory that what is important is not; not what you remember in retelling stories, but those little alterations you make in repeated retelling. An event that happened in the past in a different time perspective never looks the same – it changes its polarity and shape; I prefer the way I remember things that happened to me at age 9 now at the age of 29, rather than how I remembered them when I was 20.

More recently I have come to the conclusion that sometimes the best thing is to rewrite history the way you wish to, for the authenticity of it anyway depends on interpretations. So why should I, let’s say, drag along my mother’s often altered interpretation of my childhood rather than create a new one of my own? Why should I allow history to be manipulated by someone other than myself?